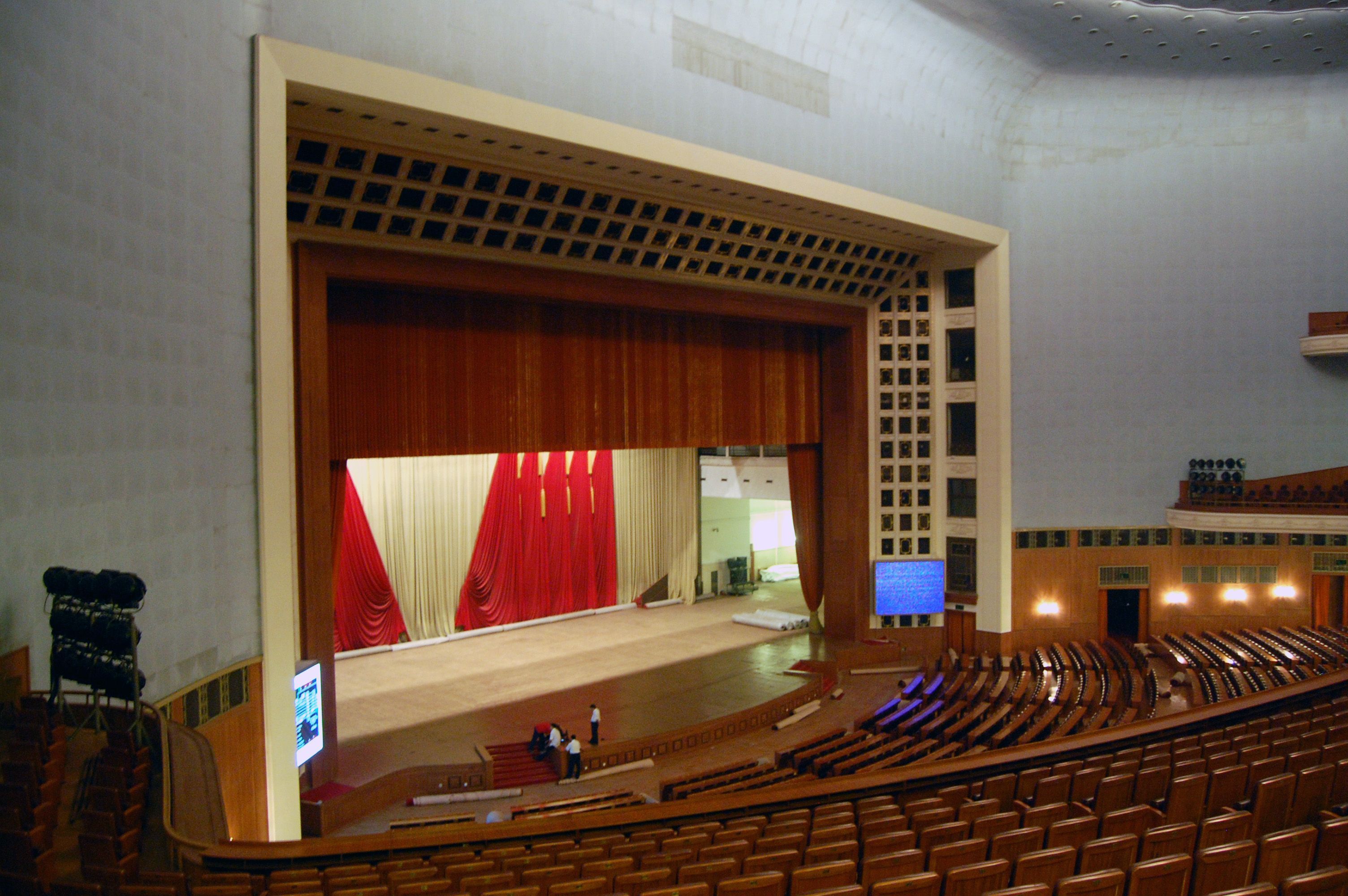 In the run up to China’s once a decade leadership change, the Chinese Communist Party faced renewed pressures to address corruption. Prior to the 18th Party Congress in November 2012, two scandals had rocked the country. In February 2011, Railway Minister Liu Zhijun was sacked and taken into party custody in a snowballing scandal involving bribes, kickbacks, and graft that quickly implicated numerous officials connected to China’s much publicized high speed rail system and possibly tens of billions in renminbi. Five months later, the scandal deepened when railway officials tried to cover up – literally – a high speed rail crash that killed 40 and injured upwards of 200. The public was outraged when searchers failed to discover an unconscious two year old until twenty-one hours after the crash and backhoes were seen digging trenches and breaking up the wrecked cars in preparation to bury the evidence.

A year after Liu’s fall, Chongqing Party Secretary and Politburo Member Bo Xilai, who many saw as aggressively campaigning for a seat on the Politburo Standing Committee, was engulfed in a scandal involving bribery and the alleged murder of a British businessman by Bo’s wife, Gu Kailai, in a seedy Chongqing hotel. The foreign press and internet were soon awash with rumors involving alleged coup plots; a trail of bribery that stretched from Dalian, where Bo had served as Mayor in the 1990, to England and the United States; and even allegations that Bo had ordered his henchmen to down an airliner in order to “off” people who knew too much about how he had financed his son, Bo Guagua’s, expensive foreign education. There was talk that Bo and Wang Lijun, who headed the Chongqing Public Security Bureau until he fell out with Bo and fled to the U.S. Consulate in Chengdu in a failed attempt to defect to the U.S., had used the highly publicized attack on Chongqing’s underworld to crush the local gangs and clear the way for their underworld “friends” to take over the city.

The Liu and Bo cases are the tip of a larger iceberg. Corruption has long been a major source of public anger and frustration. Despite a now 31 year old “war on corruption,” to many it appears that corruption has continued to deepen. Herein the issue is not so much high profile cases like those involving Liu and Bo. Rather it is the appearance that officials have become immensely rich by manipulating their positions of authority and, even worse, that they have such little fear of punishment that they are willing to flaunt their ill-gotten wealth. Incidents such as the death of the son of Politburo member Ling Jihua’s son at the wheel of a Ferrari 458 Spider worth over US$300,000; pictures of young woman who claimed to be an official with the Chinese Red Cross posing with a Maserati; internet photos of officials wearing luxury watches; tales of officials owning dozens of luxury properties and having hordes of mistresses; and incidents like that involving a young man who after killing a pedestrian while racing through a college campus arrogantly told witnesses that he was immune to punishment because his father was Li Gang, a local police official, clearly served to reinforce the view that the party-state is rapidly degenerating into a naked kleptocracy. Revelations about the wealth of the families of some of China’s top leaders that circulated in the foreign press during later 2012 likely redouble such views.

As one might expect, the new leadership responded with calls for a fierce struggle against corruption. At the 18th Party Congress, newly elected General Secretary, Xi Jinping, declared that fighting corruption was an urgent task and failing to do so would ruin the party and the nation. He called for a crackdown on officials’ “grey income,” greater transparency, and tighter supervision. The party’s Central Discipline Inspection Commission (CDIC) called the struggle against corruption “serious” and said that party members must not shy away from what will be an arduous fight. Over the next few months, Xi and others repeatedly called on the party and state to fight corruption. Wang Qishan, the new elected head of the CDIC, called for a war of annihilation.

Not surprisingly, the recently concluded 12th National People’s Congress session brought forth similar calls and invocations. The new Premier, Li Keqiang, for instance, called for a halt to the use of public money for the construction of new government offices and guest houses, a reduction in the size of the bureaucracy, and cutting in spending on banquets and official travel.

Thus far, the only concrete moves to intensify the war on corruption in the coming months appear to be calls for increased monitoring of officials’ assets and the business activities of their relatives. In and of themselves, tighter regulations on asset disclosure are a good move. Requiring disclosure is, however, only the first step. To become an effective anti-corruption tool, asset reports must be audited and scrutinized. Irregularities and omissions need to be investigated. Investigators and prosecutors must be willing to follow up regardless of how powerful and politically important an official might be. Anti-corruption agencies must be independent from the local power structure and immune from intimidation and threats.

Perhaps more critically, investigators must themselves be subject to monitoring and supervision, not only by agencies within the party and state, but independent groups and even the public. Making asset disclosure a major barrier to continued corruption, in short, requires a broad willingness to impose much harsher controls over a party that currently exercises a monopoly on political power and in which officials and cadres often seem to answer to nobody, not even the leadership in Beijing, or at least feels they can turn a blind eye and deaf year when Beijing orders them to eradicate corruption.

More broadly, China’s current corruption problem is not simply a matter of degenerate and dishonest officials. Over the past decade rapid economic development has created a new class of wealthy entrepreneurs, highly paid corporate managers, real estate developers, coal barons, and stock speculators into which many of the sons, daughters, spouses, siblings, and relatives have migrated. Many assume that the members of this so-called class of “princelings” have corruptly enriched themselves. Some have undoubtedly parleyed their political connections and insider ties into riches. Others, however, have the advanced foreign education and familiarity with English that legitimately position them to pursue lucrative careers in business and the professions.

Equating the princelings with corruption, moreover, obscures a larger point. China’s new elite consists of a combination of the new rich and the politically powerful. These are not separate groups but rather an overlapping class in which poorly paid officials commingle with billionaires and multi-millionaires for whom expensive sports cars, luxury homes, designer goods (real ones not the cheap knock offs widely sold in China), and jet-setter life styles are enjoyed in flashy displays of wealth and privilege. Not surprisingly, it seems that officials feel they ought to emulate the lifestyles of the new rich and many have looked to their offices as a way of securing the income needed to finance expensive cars and the like. The ultimate challenge facing those in the CCP who earnestly believe that the party must either fight corruption or face succumbing to its consequences, is how to reconcile the wealth of one part of China’s elite with the power wielded by the other part of its elite.

In his first press conference, Li Keqiang declared “If one takes public office, he or she should cut off any expectation for getting rich.” Essentially a traditional call for upright officials, Li’s remarks suggest that the leadership is still inclined to moral exhortation as a barrier to temptation rather than recognizing that morality is important but only in a context where institutional structures help stiffen the backbones of officials whose authority gives them the ability to use power to leverage wealth and who too often seem to assume that they will not have to pay the price for their failure to remain upright.

Andrew Wedeman is Professor of Political Science at Georgia State University. He is the author of Double Paradox: Rapid Growth and Rising Corruption in China. Image credit CC by Kanegen/Flickr.