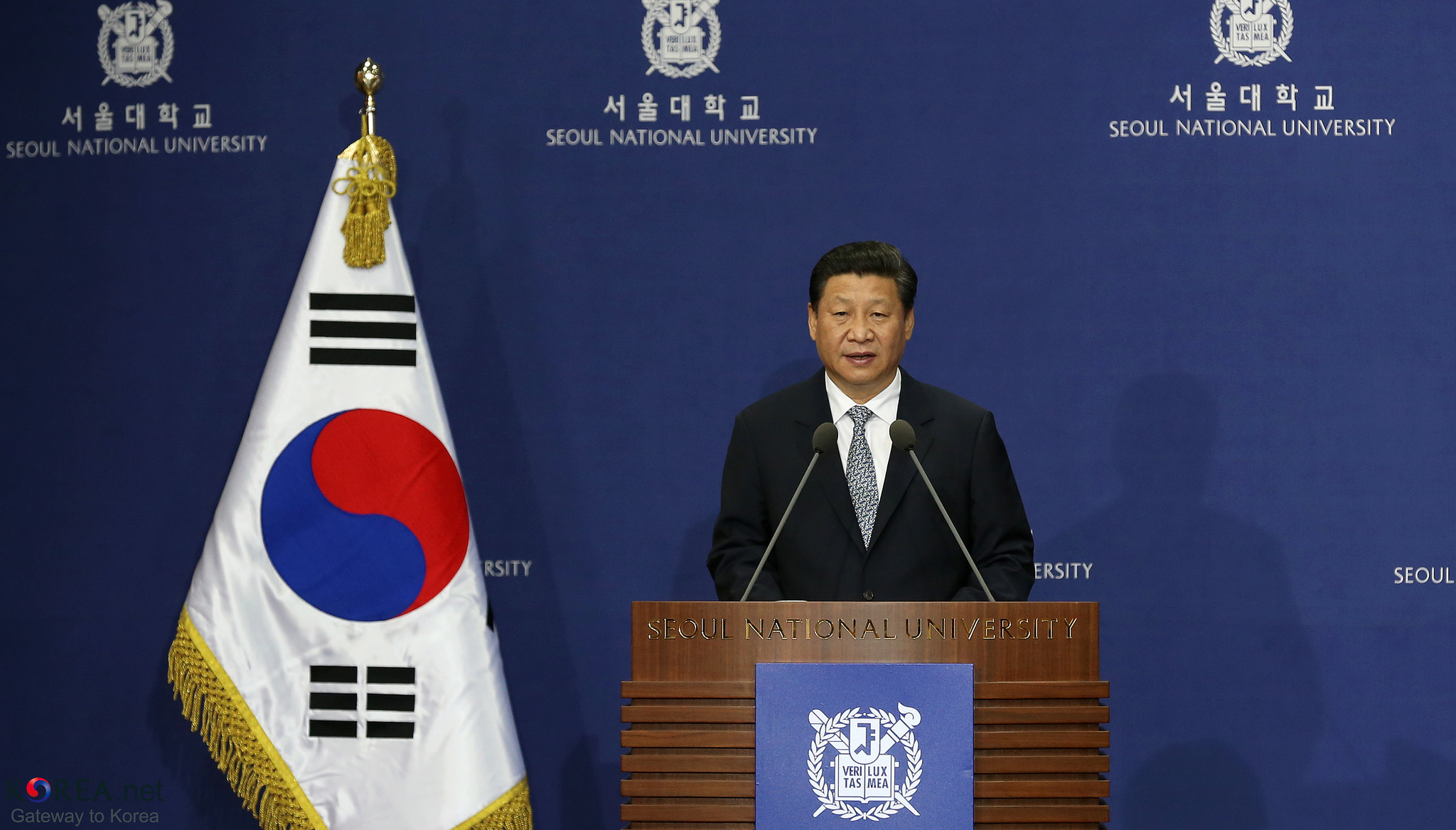 The People’s Republic of China (PRC) and Republic of Korea (ROK) have come a long way since reestablishing relations in 1992, when the ROK switched diplomatic connections from the Republic of China to the PRC. Twenty years ago, trade between the PRC and ROK totaled $6.37 billion, but today is over forty times that amount, at $256.2 billion in 2012. The PRC is the ROK’s premier trading partner, with the ROK now China’s third largest trade source. Businesses in both nations have high hopes of free trade agreements and surpassing $300 billion by 2016.

Though trade between the two nations continues to thrive, military aspirations lay on the outskirts of this prosperity. South Korea has reaped massive dividends from a dual strategy of increased business ties with China, while maintaining strong security ties with the United States, but it is a difficult balancing act. In the coming years, as both the PRC and South Korea increase their outward power projections, there will be more and more opportunities for confrontation. While flare-ups over disputed claims like Socotra Rock and exclusive economic zone (EEZ) boundaries already occur, their intensity is normally reined in by both parties, not often approaching the magnitude of Chinese/Japanese or South Korean/Japanese disputes. As both nations increase their regional and global reaches, diplomatic flare-ups and military posturing will become larger issues.

In terms of military spending, there is little possibility that the ROK can keep direct pace with the PRC. The PRC spent around $166 billion on defense in 2013, compared with about $31.7 billion by the ROK. However, the ROK is becoming increasingly aware of ballooning PRC defense spending, as well as the increasing aspirations of its other neighbors, and is finding effective ways of countering that growth. The ROK is advancing its naval sphere of influence, modernizing its forces to compete with other regional powers, and advancing its defense technology, all while pursuing more arms sales with neighbors.

South Korea is currently constructing a naval base on the southernmost island of Jeju. This site appears to have little to do with defending against North Korea, and more with allowing the ROK’s increasingly diverse navy to better protect and regulate their exclusive economic zones in the Yellow and East China Seas, as well as maintaining ROK claims to Socotra Rock. The base will facilitate extended operations in the region, as well as becoming a convenient jumping-off point for ROK naval vessels heading for counter piracy operations in the Indian Ocean. A naval base on Jeju will directly challenge Chinese naval ambitions in the area and potentially increase tension between both nations. Should the US be allowed access to that future base, it would only increase these pressures.

In addition, South Korea’s Defense Acquisition Program Administration (DAPA) is kowtowing more towards the military’s desire to keep pace with non-DPRK neighbors. DAPA’s plans to obtain F-15s from the US were recently shelved after massive military outcry. Though modernized F-15s are more than enough for countering DPRK airpower, the ROK military has indicated a strong interest in competing with, or surpassing Chinese and Japanese fifth generation procurements. A retreat from the F-15 selection signals something of a change from DAPA’s more frugal outlook on defense procurement and a more region-focused outlook. Fourth+ generation fighter, while fine for countering North Korea, don’t properly keep pace with what China and Japan are beginning to field.

ROK weapons systems are also leaping forward in quality. Even through the 1990s, South Korea fielded a very 1980s NATO-esque force, perfectly capable of negating most DPRK threats. Today, the ROK is rapidly modernizing. While many designs began life as methods for countering DPRK threats, an increasingly high technology-oriented private sector is creating and manufacturing effective weaponry for countering future regional confrontations. The ROK is pushing new boundaries on advanced ship-based, anti-submarine missiles and cruise missiles with potential Beijing ranges. Recent military expos have seen an expanding interest in drone technology and increasingly modern, homegrown submarine and jet fighter production. As ROK companies expand their defense wares, other nations are becoming more and more interested in their designs, with arms sales growing steadily over the last few years. As the ROK moves into negotiations with countries like Indonesia, Thailand, the Philipinnes, etc, they will be arming nations that directly fear Chinese power projection and expansion ambitions.

The Republic of Korea and People’s Republic of China have done an amazing job of avoiding major conflicts over the past 60 years. While both nations have fostered strong business relationships and have generally managed to quell flare-ups, a modernizing Korean military with a strong US security alliance, a growing need for power projection by both nations, increased military technologies and sales of said technologies to rivals will all have an increasing pull on current and future ROK/PRC relations.

Sino-Turkish Relations: Assessments & Shortcomings
The Summer of Our Discontent