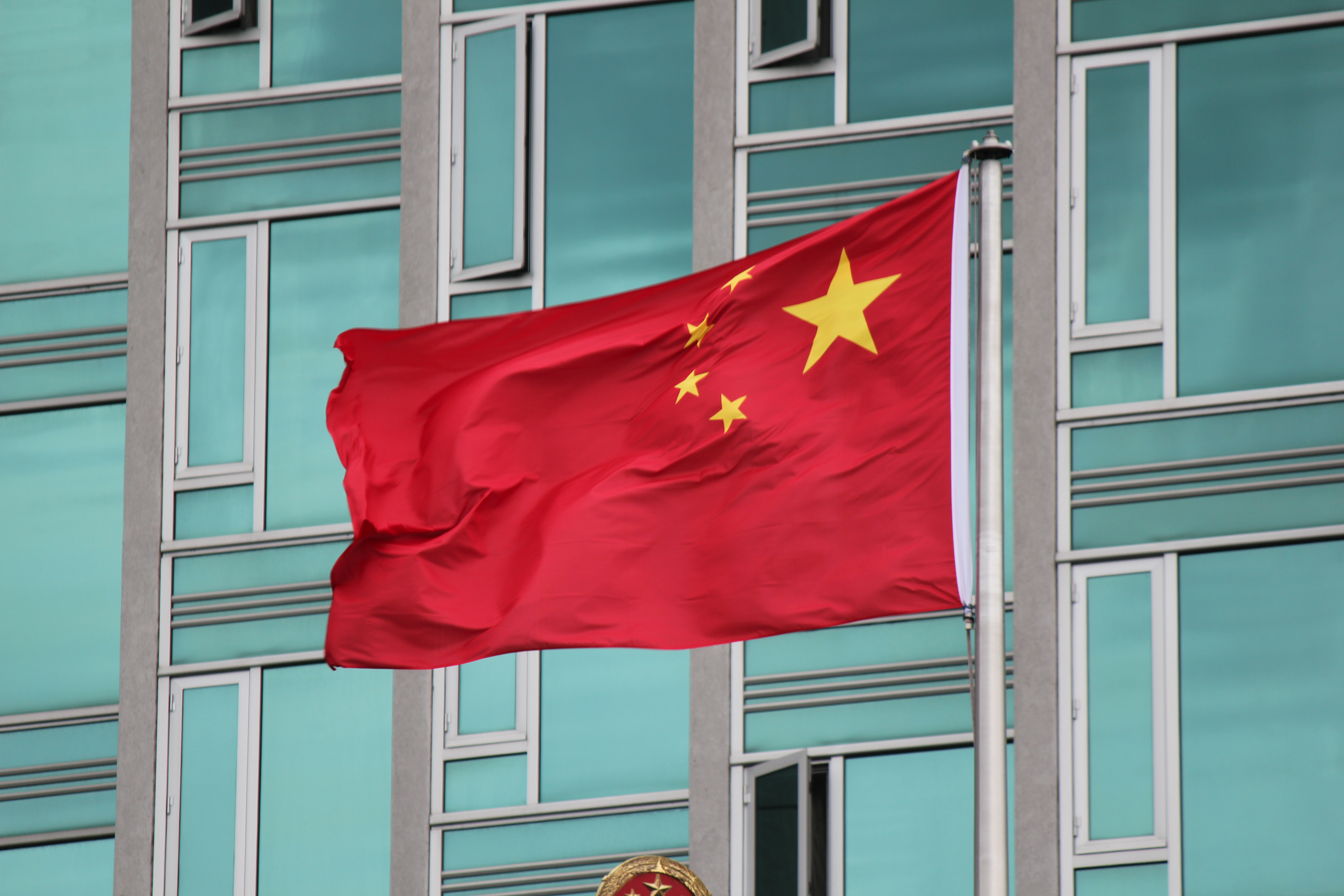 One poorly understood element of Chinese military strategy in the 21st Century is political warfare. While many China-military watchers in the West possess an encyclopedic knowledge of Chinese military hardware and their attendant capabilities, few analysts have acquired an adequate understanding of political warfare as a modern Chinese political and military strategy. This knowledge deficit can be attributed to how open source information and analysis about Chinese political warfare is often obscure and lacking in public discourse. Its objectives and relevance also appear unclear in the post-Cold War era. Yet, this lack of understanding creates a critical blind spot in U.S. policymakers’ ability to mitigate the effects of a coordinated strategic influence campaign that has serious implications for U.S. political and security interests.

In the academic context, political warfare is often relegated and confined to the study of the Civil War period between Nationalist and Communist forces, and thus no longer relevant or applicable to the current state of affairs in the Taiwan Strait. Yet far from being a lost art from antiquity or a relic of the Cold War between American and Soviet covert propagandists, political warfare is very relevant in contemporary Chinese military doctrine through liaison work. In general, political warfare in the Chinese context seeks to undermine the legitimacy of Taiwan, challenge the liberal democratic order, shore up CCP authority domestically, challenge international rules of the road, and promote alternatives to widely accepted universal values.

Chinese political warfare is manifested through and being waged by a network of organizations connected to the People’s Liberation Army (PLA) General Political Department (GPD; 总政部). A comprehensive but tentative baseline – the first of its kind in open source – that map and analyze the linkages between these organizations and the GPD are drawn out in a recent report by the Arlington-based think tank Project 2049 Institute, “The People’s Liberation Army General Political Department: Political Warfare with Chinese Characteristics.”

The deceptively benign-missions of these front organizations, which are ostensibly to encourage dialogue and promote friendly relations, mask their ulterior purpose: To influence opinions and shape foreign countries’ policies towards favorable outcomes for Chinese core interests. One method is through deliberate targeting of high-ranking retired civilian and military officials in foreign countries to influence current policies, and, more broadly, create abstractions of international relations theory and practice that run counter to Beijing’s core interests. The purpose is as much concerned with fortifying-CCP rule as it is to undermine its perceived adversary, and bolster China’s ability to counter-act perceived threats to its core interests. While Taiwan remains the principal target of Beijing’s political warfare, China is increasingly leveraging political warfare as a tool in its attempt to achieve its other foreign policy goals, particularly in affecting perceptions of universal values and affecting a new world order. Indeed, in his latest book “The Dragon Extends Its Reach,” former U.S. Army Attaché in Beijing Larry Wortzel wrote that “the PLA wants to influence both domestic and international public opinion in ways that build support for China’s own military, while undermining any justification for an adversary that is taking actions counter to China’s interests.” Consequently, as China continues its rise on the international stage, the PLA will employ these tools at its disposal to influence domestic and international public opinion.

To be sure, a prime example of Chinese political warfare at work is the Sanya Initiative. The Chinese-sponsors of this high-level dialogue include the China Association for International Friendly Contact (CAIFC; 友联会) and the China-U.S. Exchange Foundation. The dialogue’s purpose seems focused on derailing the United States’ rebalance to Asia and change the U.S. policy toward Taiwan. These dialogues and their effects on the U.S. administrations’ implementation of its duties and obligations under the Taiwan Relations Act, and interpretations of other related policies governing relations between the United States, Taiwan and China are well-documented in the prominent blog, Taiwan Link.

While the profile and visibility of these dialogues remain under the radar, organizations like CAIFC have notably increased its visibility in recent years. What is not readily apparent to observers are the extensive links that these so-called NGOs have with the PLA, and in particular with the GPD. Indeed, according to sources cited in the Project 2049 Institute report: “Administratively subordinate to the PRC Ministry of Civil Affairs, the China Association for International Friendly Contact [友联会] is also known as the International Liaison Department of the PLA General Political Department (GPD). Additionally, an unverified report by a corporate intelligence firm alleged that China’s Major-General Xing Yunming (邢运明; b.1955) [1], who serves as vice-chairman of the China Association for International Friendly Contact (CAIFC), gathers foreign military intelligence on behalf of the CCP. In fact, Xing is the head of the GPD International Liaison Department (ILD) [2]. The findings of the Project 2049 report seem to corroborate this allegation.

Another organization of interest is the China Energy Fund Committee (CEFC; 中国能源基金委员会). The CEFC recently hosted a high-profile Sino-U.S. colloquium, which was billed as an “intercultural dialogue” between China and the United States, at the heart of the nation’s capital in Washington, DC. The title of the conference was “Core Values and World Order.” A panel in the conference presented arguments from Chinese academics who called for a paradigm shift from the Westphalian nation-state system to a civilizational system to avert a potential “clash of civilization.” Such a broad ideation clearly favors Beijing’s interpretations of the current state of political affairs in the Taiwan Strait, as it would subsume Taiwan under the PRC’s political-cultural sphere.  According to the Project 2049 report, Ye Jianming (叶简明; b. 1977) serves as CEFC chairman. Some analysts believe that Ye Jianming is the son of former GPD/LD Director Ye Xuanning. Ye Jianming was deputy secretary general of CAIFC, or possibly CAIFC’s Shanghai branch, from 2003 to 2005. In 2006, Ye Jianming was announced as CEO of a number of companies affiliated with Huaxin Energy Company. Professor Xu Jialu chairs CEFC’s advisory committee, in addition to his CAIFC, CAPCC, Nishan Forum positions.

To be sure, propaganda amplifies or attenuates the political effects of the military instrument of national power. While the object of CCP political warfare remains focused on Taiwan, Chinese strategists are adopting active measures to promote the rise of China within a new international order and defend against perceived threats to state security. Guided by the doctrinal principle of “uniting with friends and disintegrating enemies,” political warfare employs strategic influence operations as a means of influencing policies in favor of Chinese core interests. Far from becoming a relic of the Chinese Civil War or a lost art of the Cold War, political warfare remains an integral part of contemporary Chinese military doctrine. It behooves China-watchers around the world to understand the motives of political warfare in Chinese political-military strategy.

Russell Hsiao is a Non-Resident Senior Fellow at the Project 2049 Institute, and a National Security Fellow at the Foundation for Defense of Democracies in Washington, DC. He is currently a J.D. candidate at the Columbus School of Law at Catholic University in Washington, DC. The opinions expressed in this article are the author’s own and do not necessarily represent the positions of the affiliate organizations. Image credit: CC by Tomas Rogero/Flickr.

[1] Xing Yunming may have been promoted to Lieutenant-General.