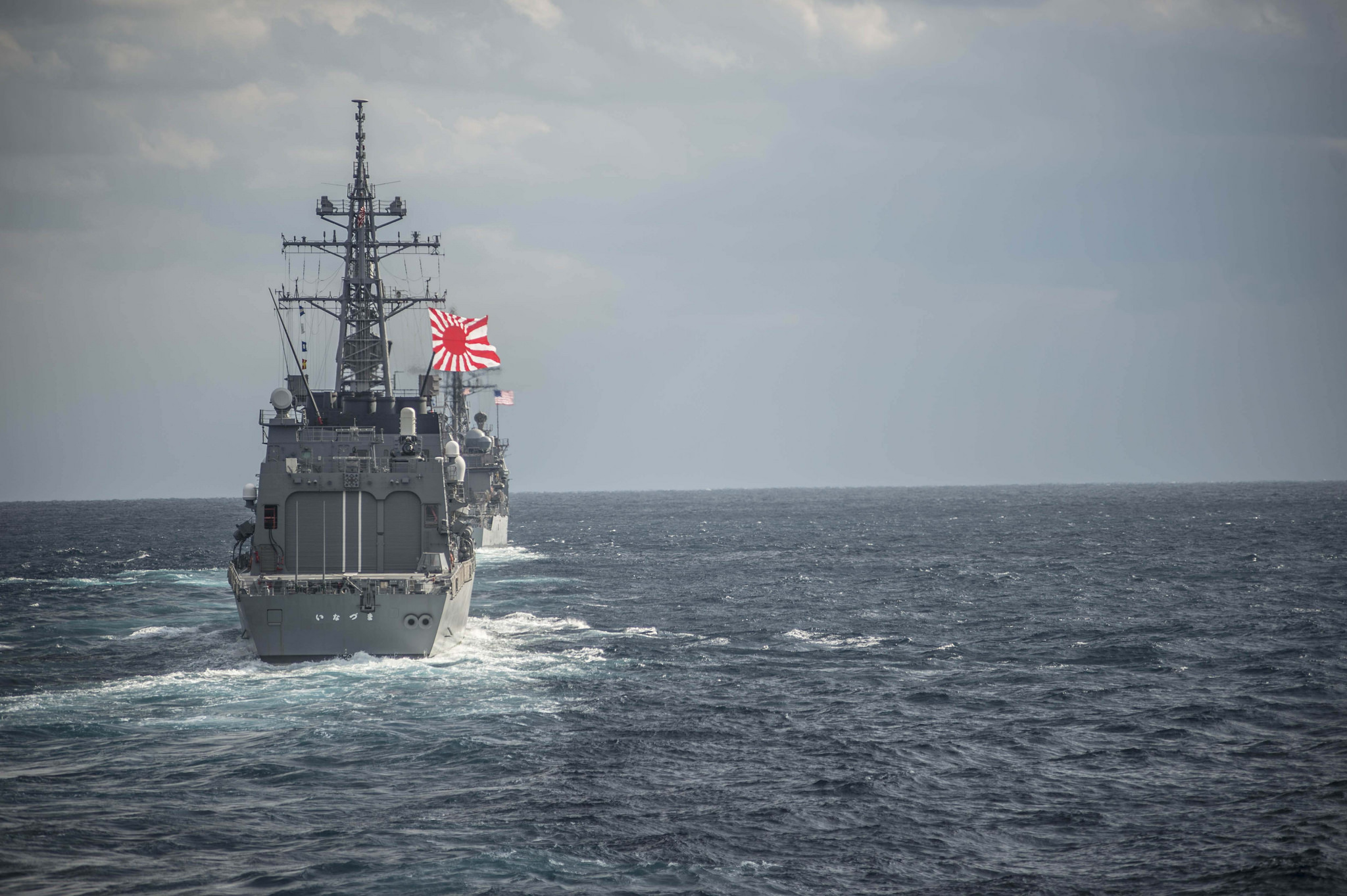 The Abe administration’s reinterpretation of the right of collective self-defense on July 1, 2014 has become the center of political attention both domestically and internationally. Although there are many focal points revolving around the re-interpretation, the core of the debate stems from two basic questions: why did the reinterpretation need to be undertaken and how does this reinterpretation affect Japan’s defense posture?

To be sure, Japan and its ally, the United States, have maintained their comparative advantage in terms of the total amount of defense expenditure. In 2013, the United States spent approximately $619 billion and Japan spent $5.9 billion, while China spent $171 billion (2011 US$). Nevertheless, there are other political and strategic factors that have gradually shifted the current balance of power in the region: the on-going US “sequestration” of the defense budget, US global commitment to other regions (including the Middle East and Eastern Europe), North Korea’s on-going nuclear program and missile development, China’s enhancement of the Anti-Access/Area Denial (A2/AD) strategy and China’s assertiveness in the East and South China Seas.

Japan has relied on the United States for its security through the US-Japan alliance since the Cold War when the United States had the superior economic and military capabilities in the Asia-Pacific region. However, the current strategic situation has created a perception that the United States may face difficulty in defending Japan, which would weaken the deterrence effect of the US-Japan alliance. On the basis of its “rebalancing” policy to Asia, the United States also attempts to strengthen comprehensive ties with allies, including military cooperation. By relaxing its ban on the use of the right of collective self-defense, Japan expands its security policy options and aims to contribute to maintaining the regional strategic balance, or at least, to maintaining the deterrence effect of the alliance by enabling itself to effectively defend its own territory with the United States. In this sense, this reinterpretation allows Japan to pursue a new dimension of security policy.

Then, to what extent can Japan change its security policy as well as its traditional defense posture? First of all, this clarifies and expands the conditions that Japan can undertake security cooperation with other states, particularly the United States. Under the US-Japan security cooperation, the reinterpretation enables Japan to conduct “unit self-defense” with the United States that allows SDF to protect US ships during joint operations, which had been previously prohibited by the ban on the collective self-defense. Further, the US position that the revision of the Guidelines for Japan-US Defense Cooperation should precede Japan’s position on its collective self-defense, has prompted both states to begin the revision procedure, which is now scheduled to conclude by the end of 2014, and help strengthen bilateral security ties.

Moreover, the ban on the collective self-defense right had prohibited the SDF from fully participating in joint military exercises with other states, such as the Rim of Pacific Exercise (RIMPAC). Since the non-traditional security cooperation, such as Humanitarian Assistance/ Disaster Relief (HA/DR) and counter-piracy, is not necessarily conducted during peacetime, the reinterpretation can provide Japan an opportunity to proactively foster international cooperation.

This does not mean that the reinterpretation drastically shifts Japan’s security policy. Japan’s security position will likely remain defensive. The most significant constraints on Japan’s security policy derives from Article 9 of the Japanese constitution. This so-called “Peace Constitution” prohibits Japan from employing “war as a sovereign right of the nation and the threat or use of force as a means of settling international disputes.” The reinterpretation does not change this fundamental principle of the Japanese constitution. As the 2014 White Paper indicates, Japan upholds its “exclusively defense-oriented policy”; does not and will not possess offensive capabilities (such as Intercontinental Ballistic Missiles (ICBM)); and does not become a military power.

The reinterpretation created three conditions of the use of the right of collective self-defense by extending the existing three conditions of self-defense. First, “Japan can come to the aid of an ally with which it has a ‘very close relationship’ if the threat also poses a threat to the constitutional rights to life, liberty and happiness of Japanese citizens”; Second, “[t]here is no other diplomatic or negotiated means to protect both that nation and its citizens but through the use of military force”; and third, “[t] use of military force is kept to a ‘bare minimum.” While the definitions on such terms as “very close relationship” and “bare minimum” are still vague, this is the same condition as the use of the individual self-defense right, known for putting strict political and legal constraints to exercising such rights.

There are additional constraints. In order to enact this reinterpretation, legislation relating to Japan’s self-defense, including Japan’s Self-Defense Force (SDF), needs to be drawn up. For example, the New Komeito Party, the current coalition party with the Liberal Democratic Party (LDP), is still cautious about collective self-defense, making the legislation process a slow one requiring in-depth discussions within the Diet. Domestically, public opinion indicated strong opposition to collective self-defense, resulting in a decline in support for the Abe administration.

All in all, Japan’s reinterpretation of the right to collective self-defense is a big step for Japan’s security paradigm, but there are still many constraints to changing its defense policy. In the immediate future, it is imperative for the government to provide a clear explanation for the reinterpretation and to foster public understanding and discussions regarding what the reinterpretation can and cannot achieve.