China and the Future of Global Governance

Home /Politics/International Relations/China and the Future of Global Governance

The IAPS Seminar Series for the academic year 2014-2015 began with a fantastic seminar yesterday, delivered by Dr Katherine Morton, Associate Professor at the Australian National University and a Senior Associate Member of St Antony’s College, Oxford University. This seminar was a special event jointly organised by IAPS and the China Policy Institute.

In her extremely interesting and engaging presentation, Dr Morton discussed the subject of ‘China and the Future of Global Governance’. In terms of China’s role in the world order, scholars are often divided into two camps: those who see China as a status quo power and those who see it as a revisionist power. In other words, the former considers that China’s international position will remain the same as now within the current world order, whereas the latter takes the view that China’s rise necessarily means that it will seek to revise norms and rules according to its own worldview, interests and values. To examine this debate, the conventional literature assesses the degree to which China conforms to the existing global framework, but Dr Morton approaches it from the opposite way – she examines the way in which China projects its own norm preferences onto the worldstage 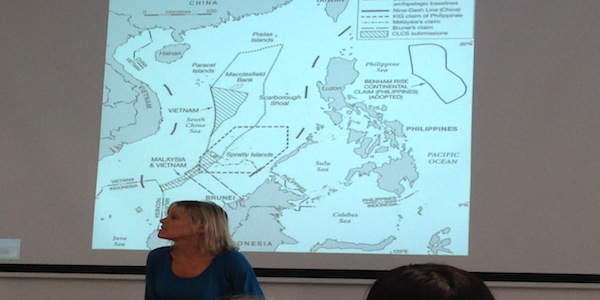 Through the case studies of food security and maritime commons, she argued that China is ‘reforming’ global governance in relation to its own norm preferences, rather than ‘revising’ it. Although there is always interplay between power and norm preferences, China is working within the parameters of international law, which China regards as a cornerstone of legitimate global governance.

Perspectives on CEE-China Cooperation
North Korean Scholars and Koguryo: How to Reignite a Historical Controversy on Chinese National Day