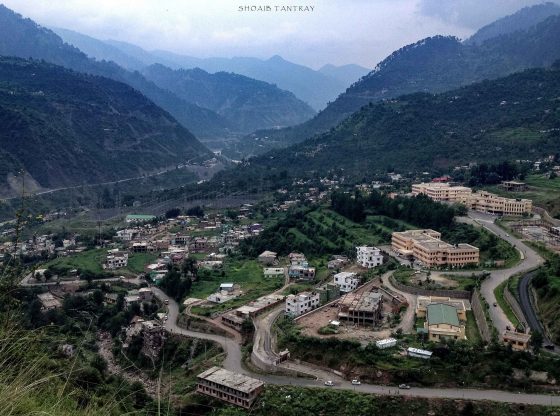 Water security is one of the most intractable challenges confronting Asia’s future. It is widely recognised that climate change combined with other stress factors relating to population growth, urbanisation, and unsustainable development are leading to negative impacts on the availability and quality of the region’s water resources. Equally worrying are the lack of formal multilateral mechanisms to encourage water sharing on a region-wide basis. Under these conditions, the potential exists for water conflicts to escalate, and even the spectre of water wars between states seems possible. But a worst-case scenario is by no means inevitable. A critical question is whether Asia’s emerging powers – China and India – will take a leadership role in building cooperation.

Collectively the rivers flowing from the Himalayan-Hindu Kush constitute the lifelines of South and East Asia, sustaining the world’s largest irrigation systems and providing food, energy, and water for up to 40 per cent of the world’s population. The region as a whole contains 27 percent of the world’s freshwater with an average per capita supply of only 2,870 cubic metres per annum – the lowest of any continent. It is easy to think in Malthusian terms of a rising population and dwindling resources. But the situation is more complex. Home to a diversity of ecosystems and agro-climatic conditions that range from vast drought prone areas to flood affected plains and areas with the highest rainfall in the world, this is a region of both abundance and scarcity. As noted by the eminent Indian water specialist, Ramaswany Iyer, “scarcity is a problem, but a greater problem is how we manage the water we have.”

In recent years, collaborative scientific investigations have advanced our understanding of the region’s hydrological cycle, although limits on open access data constrain research on transboundary water flows. Knowledge on consumption patterns, withdrawals, and sector usage is also increasing slowly over time. Some of the most useful studies are interdisciplinary in nature, seeking to identify the linkages between geophysical processes and land use change. However, significant gaps exist in understanding the inter-relationships between science, politics, and diplomacy.

From this perspective, three fundamental factors define water as a critical security challenge:

First, increasing competition over water use is a major driver of conflict. At all levels, from the local to the international, conflicts are usually triggered by competition over water use. Whereas historically water has been predominantly used for navigational and agricultural purposes, it is now used more for hydropower. In an era of resource competition, the trade-offs between water, food, and energy security are becoming more acute. Some of the most intense conflicts over water occur domestically as in the case of the dispute between the Indian states of Karnataka and Tamil Nadu over the sharing of the Cauvery waters.

Second, climate change is creating uncertainty over water distribution. Climate is a natural driver of the hydrological system. It affects water resources by melting glaciers, altering rainfall patterns, or exacerbating water-related disasters such as floods and droughts. It is increasingly clear that climate change is now damaging the seasonal regulating capacity of glacial water flows. Evidence also suggests that a weaker Monsoon is occurring during the dry season. In general, over the past decade, annual mean rainfall has declined in north and northeast China, the arid plains of Pakistan, and northeast India. An increase in extreme rainfall has occurred in parts of India, Nepal, and Bangladesh as well as in western and southern parts of China.

Third, geopolitical tensions undermine the potential for transboundary cooperation. The essence of the regional security problem lies in the fact that the Himalayan waters cross disputed political boundaries and flow through conflict prone regions – the Yarlung Tsangpo/Brahmaputra flows through Tibet and Arunachal Pradesh and the Indus flows through Jammu and Kashmir before entering Pakistan and Afghanistan. The bordering states of Northeast India and Southwest China are resource rich, politically unstable, and economically poor. To stimulate development, these regions are now involved in a dam building frenzy. Recent tensions between China and India over the planned damming of the Brahmaputra are but one example of how the quest for clean energy resources is leading to a spiral of fear and contestation between riparian states.

While all riparian states share a common interest in strengthening cooperation, China and India are likely to play a defining role in the region’s water future. These emerging global powers are the largest hydrostates in the world with considerable leverage in global and regional institutions. On the surface, political tensions over Tibet, China’s support for Pakistan, and the Sino-Indian border dispute appear to undermine prospects for joint water stewardship. At a deeper level, it is evident that national, and regional interests are more aligned.

Asia’s rising powers in the 21st Century are not simply reliant on economic growth and military modernisation; they also need to respond to systemic problems relating to water, energy, and food. The key to unlocking the water and conflict dynamic lies in the realisation that water is not exogenous to national security. Safe access to water is central to long term economic development, inter-ethnic reconciliation, and regional peace and stability. A central question remains: Is the impetus to control waters likely to determine the region’s future, or will a longer-term vision prevail?

Water Security in Asia
What has India Learned from China’s Labour Reforms?