Who is at the helm of Japan, politicians or bureaucrats?

Home /Politics/Bureaucracy/Who is at the helm of Japan, politicians or bureaucrats? 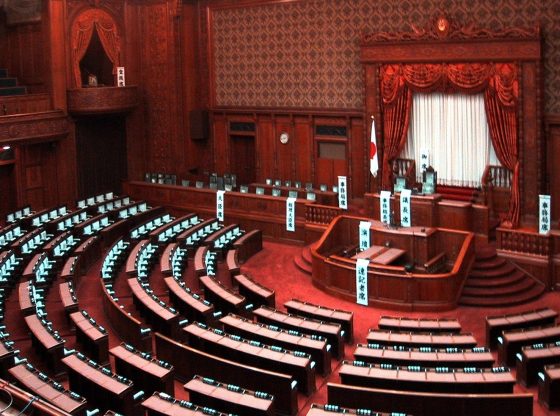 Yuichiro Shimizu, Visiting Professor at Harvard University, gave a talk to IAPS on the linkages between the bureaucracy and the political class in Japan, Japan adopted a parliamentary system not unlike the United Kingdom after being defeated in WWII. The majority of post-war prime ministers in Japan were formerly bureaucrats.  Japan has been highlighted throughout its history as an example of an administrative state, where the bureaucrats influence not just politics but policy also.

With the establishment of the Meiji government, the ruling oligarchs did not have the legitimacy or experience of governing all of Japan, only smaller political domains. The oligarchs gathered candidates from each political domain at the predecessor of the imperial university of Tokyo and provided higher education in English with some candidates receiving scholarships in the United States, United Kingdom and Europe.  With cutting edge knowledge gained overseas they returned and helped foster a liberal atmosphere at the university. Simultaneously, during the next decade there was political upheaval as the ‘democratic rights’ movement spread throughout Japan. In this fervent atmosphere, many students who had traveled across the country to study in Tokyo instead dedicated their lives to the political movement. The oligarch’s response was to send skilled bureaucrats to the university as lecturers who taught political science and fascinated students with their practical experience in government.

The move had the intended result; many students abandoned the democratic rights movement and returned to the lecture theatre. In article 19 of the Meiji constitution which allowed for freedom of all Japanese citizens to apply for any public office, the Meiji governments applied an open door recruitment policy before institutionalising the policy in 1887 and adopted a new merit system in 1896. This new merit system offered the new generation the opportunity to apply for university and later seek employment in government ministries.

Modern Japan was establishing its foundations as an administrative state. The political parties of Japan recruited large numbers of bureaucrats turned politicians. Following World War II, the occupation, the style of governance in Japan especially the bureaucracy was transformed. Political bureaucrats were designated as civil servants and their political neutrality was emphasised. Under the purview of the 1948 Constitution, the bureaucrats were intended to be politically neutral but collaborated with the governing party especially with the Liberal Democratic Party. Both parties formed cabinets that consisted of many ministers. Such cabinets were really pseudo party cabinets as they relied heavily on the bureaucracy. Japanese political parties succeeded in setting up a successful recruitment system and cultivated a system of cooperation between politicians and bureaucrats and started the era of true party politics 1924-1931. Although the system broke down, it set the stage for the strong post second world war relationship between party and the bureaucracy.

Professor Shimizu argued that up until 1989, under the stewardship of the LDP government and its collaboration with skilled bureaucracy, both politics and the economy did well. The first attempt at political reform was with Prime Minister Ryutaro Hashimoto, in office from 1995-1998. Hasimoto tried to give administrative and financial power to the prime minister’s office. In the name of increased coordination, ministries were cut from 21 to 12. The office of the prime minister and cabinet gained power over administrative issues at the same time as a storm of scandal and corruption cases hit the bureaucracy. Poor decisions were highlighted and legal decisions by bureaucrats were repealed. The myth of the infallible bureaucracy was destroyed and Japan’s political leaders shifted blame for the recession onto Japan’s bureaucracy.

At the start of the 21st century Japan had a new type of leader, Prime Minister Junichiro Koizumi in office from 2001-2006. Using his high profile, Koizumi made skilful use of the cabinet office and secretariats and coordinated between the cabinet and bureaucracy using appointed liaisons in various ministries. Simultaneously, he excluded party politicians from the decision making process. Koizumm was described as a presidential prime minister but after his resignation, the old guard reasserted themselves. The DPJ, the largest opposition party, won a landslide in 2009 with the slogan ‘Returning power to the party and the people’. With their majority, they pushed a reforming agenda, their reforms focused on high level party members taking positions in ministries instead of bureaucrats and consolidated their power. However, the DPJ reform program was overly ambitious and led to political gridlock and confusion. Policy became destabilised by the gridlock.

In 2012 the LDP won a majority and the second Abe cabinet began to repair their relationship with the bureaucracy. Abe combined the reforms undertaken by Hashimoto with the attempted DPJ reforms began in 2009. The Abe cabinet restored power to the office of prime minister yet also kept the restrictions on lower level party members in ministries, operating as backbenchers not policy makers. Abe simultaneously sought to draw power into the executive branch. Within the ministries, a considerable reshuffle occurred with specific bureaucrats promoted to high elected office whilst DPJ appointed bureaucrats were forced to resign. The symbolism was intended to show that the bureaucracy was once again under the control of the cabinet.  To reduce factionalism the bureaucracy once again adopted an open door policy, designed to facilitate career moves between government ministries and between the public and private sector.
Conclusion

Professor Shimizu argued that modern pre-war Japan was successful in guiding its local elite into the bureaucracy and establishing an administrative state. It was the bureaucrats who truly ran Japan. On the other hand party politicians lacked initiatives and pursued local party politics at the expense of national level politics. It was only after the wave of scandals that hit the bureaucracy during the 1990s recession that the bureaucracy became true civil servants as a result of political reform.