China’s Approach to the Syrian Crisis: Beyond the United Nations

Home /Politics/International Relations/China-UN/China’s Approach to the Syrian Crisis: Beyond the United Nations 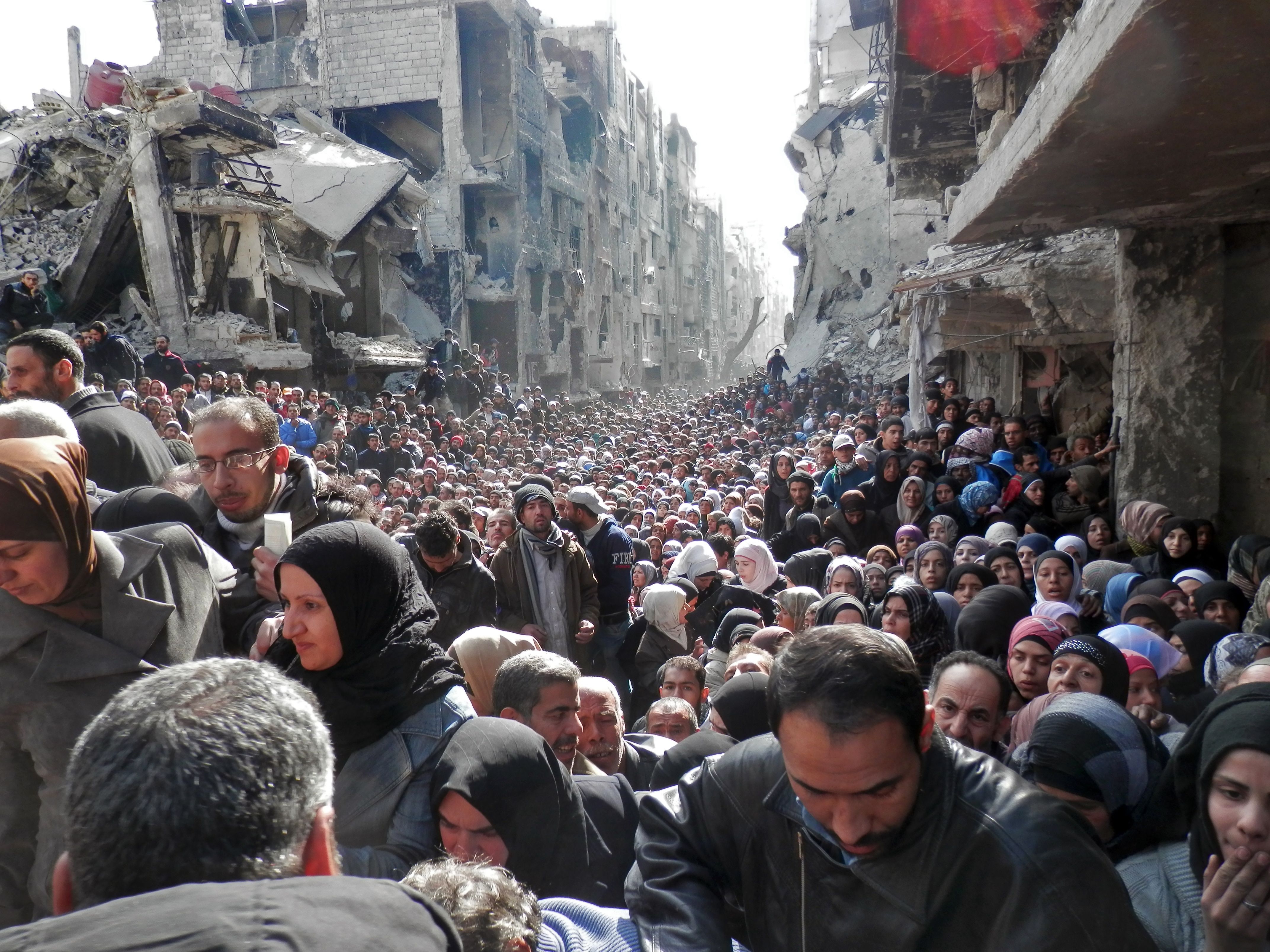 The war in Syria warrants a unique mention in the history of contemporary Chinese foreign policy. In the context of this crisis, never before has China exercised its UN Security Council veto power as many times as it has over Syria. Out of the ten vetoes the People’s Republic of China cast at the Security Council since its admission in 1971, four of them were on the issue of Syria in a short period between 2011 and 2014. [1]

Traditionally, China has tried to refrain from exercising its veto power at the United Nations. Among the five permanent members of the Security Council, China has used its veto the least. According to figures released by the UN, the Soviet Union and Russian Federation have cast the most vetoes – a total of 101 in the history of the Security Council, followed by the US (79), UK (29) and France (16). China’s cautious approach to using its veto power is partially attributed to Beijing’s aversion to international isolation and its preference of abstention on issues that do not directly affect China’s interests. In this sense, negative votes were cast only when the issue at hand was believed to be of special importance. For example, in the cases of the draft resolutions on Guatemala (1997) and Macedonia (1999), China vetoed due to the two countries’ standing relationship with Taiwan.

Safeguarding states’ sovereignty and the non-interference in countries’ internal affairs have been the key principles in the lexicon of China’s foreign policy. They also underlined China’s decisions to veto the four draft resolutions that would introduce foreign intervention in Syria to varying degrees. From China’s perspective, supporting the draft resolutions in Syria would set yet another precedent after the case of Libya for military intervention in the internal affairs of a sovereign state.

Nevertheless, the traditional non-interference argument no longer explains the full scope of China’s calculations. Other practical considerations play an increasingly important role in China’s decision-making. For example, China did not receive major benefits from its abstention from the UNSC Resolution 1973 on Libya and hence believes that the support of similar resolutions on Syria would not generate much appreciation from the Western countries and the Syrian opposition. The reputational cost and the West’s criticism of China are seen as a constant variable, since supporting the Syria resolutions will not fundamentally change China’s “authoritarian” identity or improve China’s international image after all. Instead, it would be counterproductive by raising questions on whether China is revising its non-interference principle and will potentially be seen as a tacit endorsement, developing future interventionist tendencies.

China is cautious regarding what Western intervention could realistically achieve in Syria. In China’s view, the UN intervention in Libya has not improved the situation on the ground, a fact attested by the death of US ambassador Chris Stevens in Benghazi and the growing political chaos widespread throughout the country since 2011. Therefore, for China, the West might believe that removing the Assad regime will resolve the Syrian crisis while in reality such a simplistic approach will only cause more instability inside the country. It could also introduce major uncertainties for the region as the removal of the Assad regime will inevitably alter the delicate Sunni/Shia regional balance of power. These perceptions have anchored China’s insistence that a political solution among key political forces in Syria is the only viable solution to the crisis. Any party suppressed or excluded will have the incentive to seek to undermine future political arrangements.

Strategically, the Chinese foreign policy community sees the Syrian crisis and China’s vetoes as benefiting China in two ways. Many Chinese analysts privately believe that the Syrian crisis has distracted Washington’s attention and resources away from its ‘Rebalancing to the Asia-Pacific’, hence mitigating the pressure on China from the heightened strategic rivalry in the west Pacific. It is even hoped that a U.S. commitment in Syria similar to the war in Afghanistan might give China another window of opportunity to build its regional strength without American interference. Secondly, the four negative votes were all double vetoes China cast together with Russia, therefore are seen as strengthening the strategic cooperation between the two. In the broader context of rising U.S.-China competition in the Asia-Pacific, China has been working hard to enhance strategic cooperation and coordination with Russia so as to improve its position in the region and mitigate isolation from the intensified territorial/maritime disputes with its neighbours in ASEAN and Japan.

Rejecting the UN draft resolutions by no means suggests China’s inaction on the Syrian crisis. In fact, beyond the United Nations, China has made unprecedented diplomatic efforts toward the resolution of the conflict. In order to build China’s “great power diplomacy” and to improve its image of a responsible stakeholder, China is keen on playing a positive role in promoting dialogue and mediation. In January 2014, Chinese Foreign Minister Wang Yi made a five-point proposal for the resolution of the Syrian conflict, including the need for a political solution, an inclusive political transition, the exclusion of foreign interference and the need for humanitarian assistance. In June, China followed on its own proposal and offered $16 million in humanitarian assistance for Syrian refugees.

In addition, Syria has become a new area for China’s active “special envoy diplomacy” after Sudan and South Sudan: China’s former and current special envoys for Middle East affairs Wu Sike and Gong Xiaosheng have focused a large part of their mandate engaged in shuttle diplomacy with Syrian political forces, regional countries and Western countries to coordinate positions and promote political conciliation. China’s diplomatic moves have even expanded to within Syria. Since 2011, China has invited multiple Syrian opposition organizations and their leaders to visit Beijing to exchange views, foster dialogues and mediate differences. Most recently, the National Coalition for Syrian Revolutionary and Opposition Forces visited Beijing at the invitation by Chinese People’s Institute for Foreign Affairs (a Foreign Ministry organization) in April 2014.

The fact that the Syrian crisis does not have a direct impact on China’s core national security gives China more opportunity and flexibility to test its “great power diplomacy” beyond the United Nations. Based on the lessons from Libya, China’s own assessment of the origination and resolution of the conflict, as well as its cost-benefit analysis of its policy options, China has rejected UN Security Council intervention and instead seeks conflict resolution through active mediation, coordination and humanitarian assistance. China’s unprecedented four vetoes on Syria suggest a more confident and forthright approach at the UN. In this sense, Syria might only be the beginning of China’s new assertiveness now extending to the multilateral organization.

Yun Sun is a fellow in the East Asia program at the Stimson Centre. Image credit: CC by United Nations Relief and Work Agency (UNRWA).

[1] In October 2011, China vetoed a European-backed UN Security Council resolution that threatened sanctions against the Syrian regime. In February 2012, the vetoed draft resolution called for the Syrian president to step down.  In July the same year, China blocked the draft resolution that threatened Syrian authorities with sanctions if they did stop using heavy weapons against an uprising and withdraw troops.  Most recently, in May 2014, China vetoed another draft UN resolution calling for the crisis in Syria to be referred to the international criminal court.