Inequality in China and the impact on women’s rights 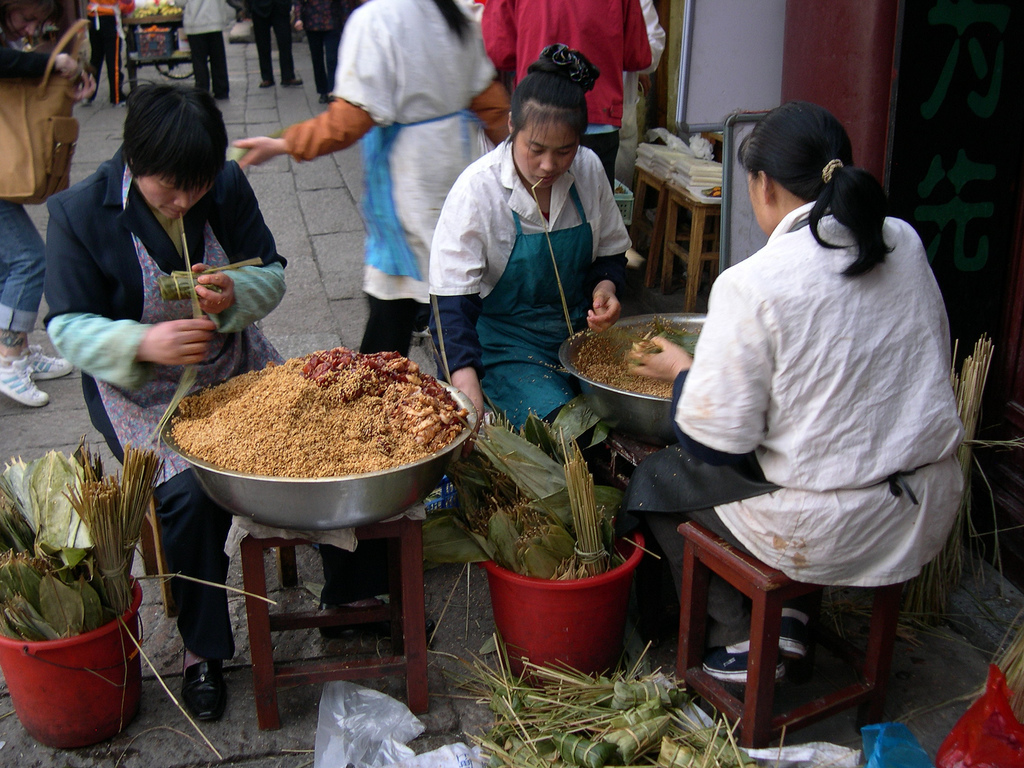 In 1995, China hosted the Fourth World Conference on Women, which produced the Beijing Platform for Action, a document outlining concrete measures to achieve gender equality worldwide. Last week, United Nations Secretary-General Ban Ki-Moon declared “Women are not just victims; they are agents of progress and change,” at the 59th meeting of the UN Commission on the Status of Women in New York.

Yet today China’s authorities are actively thwarting women’s ability to act to achieve their goals.

Why are China’s authorities threatened by the efforts of these women?

Let’s put the answer in context. Chinese society is torn by widening inequality. China has one of the greatest economic divides among countries with advanced economies, surpassing the United States. (China’s Gini coefficient, a measure of income distribution, is .53, compared to .45 in the US and .34 in India). In a society that just over two decades ago was among the most equal, these new social divisions generate tensions and conflict.

In 2005, the last time the government released its count, 87,000 “mass incidents” or protests of various sorts were recorded. The nation’s president Xi Jinping recently moved to contain expressions of dissent. Social discontent stems from diverse sources, including ethnic tensions, housing and land displacement, pollution, and exploitative employment practices. One well-organized protest could spark a more widespread movement that might pose a threat to the political status quo.

Just two weeks ago, journalist Chai Jing released a sobering documentary about the blighted environment of China’s major cities, generated by over three decades of rapid economic growth. The exposé certainly struck fear into millions of citizens who were able to watch it before being removed from China’s internet platforms. While many citizens are concerned about air and food quality, mothers – who shop and prepare food for their children – are particularly disturbed.

Women’s solidarity around sexual harassment in public places may also catalyse their struggle for a clean environment, which in turn may inspire the environmental movement to action.

And let’s not forget that this all occurs in the shadow of the Hong Kong student democracy protests, which paralysed that city centre for weeks.

Authorities warn that non-mothers will be society’s ‘leftovers’

China’s women have plenty of additional reasons for discontent. The state-led Women’s Federation recently concluded a campaign that turned up the volume on the ticking biological and social clocks of successful professional women, warning that they would be “leftovers” (shengnu, in Mandarin) if they didn’t marry and procreate by their mid-20s.

A state-invented discourse on suzhi or “quality” emphasizes mothers’ central role in ensuring the future success of their children. This is a thinly veiled campaign to encourage women to prioritize the domestic realm over career, while ignoring the role of men in the household. Moreover, a matrix of state laws have made it quite difficult for urban women to maintain claims to the value of housing in the event of divorce, according to Leta Hong Fincher, author of Leftover Women. Rural women are also losing access to land rights.

Meanwhile, the wage gap between men and women has grown steadily; urban women now earn 69 percent of male wages, largely due to occupational sex segregation. My book, Markets and Bodies, follows women as they are channelled into low-wage, low-status consumer service jobs, in which they are required to learn the fragile femininity that justifies their placement in these positions.

Retirement age is another source of inequality: Women are legally required to retire between ages 50 and 55, whereas men’s retirement age is 60, giving them between 5 and 10 more years of wage-earning.

Might all this add up to an attempt to mitigate men’s sense of inequality by ensuring their economic dominance over women?

The Chinese Communist Party has always maintained a formal commitment to equality between women and men. In the 1950s it brought women en mass into the labour force, ended the practice of foot-binding, and dramatically improved female literacy. In her book Only Hope, Vanessa Fong argues that the one-child policy led to greater family investment in daughters, when there were no sons with whom to compete.

Backtracks on original commitment to equality

China ranks 87th among the 142 countries studied in measures of gender gaps in economic, educational and political participation, as well as health, so its efforts toward parity surpasses many countries in the world.

But the Chinese Communist Party has a history of pragmatically prioritizing men’s over women’s interests, even while it made important strides to redress gender hierarchies. It put the brakes on implementation of its 1950 Marriage Law offering couples the right to divorce, when too many wives attempted to leave their husbands.

The party maintained men as the formal heads of household and women continued to shoulder a second shift.

Today Chinese leaders are dusting off Confucianism and founding institutes abroad in the philosopher’s name while, promoting the framework at home. The re-emergence of a philosophy founded on gender (as well as generational) hierarchies must be alarming to China’s feminists. It may very well be a strategy through which the state, to use its own slogan, “harmonizes” social inequality.

Not just a return to the past

But growing gender inequality in China is not simply a return to past practices and prejudices. This is a new age of wealth accumulation that is unprecedented in China’s history. Women are being made to bear an unfair burden of growing inequality to placate potentially more powerful and restive groups.

It is difficult to say what will happen next. Government authorities allowed Chai Jing’s documentary to circulate longer than anyone imagined. We can also find some hope in the fact that vocal feminists hold positions in major universities and agencies. For example, Li Yinhe, who recently revealed that her partner is transsexual, is a member of the prestigious Chinese Academy of Social Sciences. At the same time, substantial dissent will remain invisible to most as the government regularly enlists an elaborate grassroots network to quell disputes before they gain momentum, in a process Ching Kwan Lee and Yonghong Zhang call “bargained authoritarianism.”

In the end, the fate of women in China may be more likely to be “bargained” behind closed doors than fought over in the streets.

Eileen Otis is Associate Professor at the University of Oregon. This article was originally published on The Conversation. Read the original article. Image Credit: CC by Carsten Ullrich/Flickr.

How China’s interests fit with the Arctic States’
Fighting the Water Giant: Lawsuits against Veolia in China