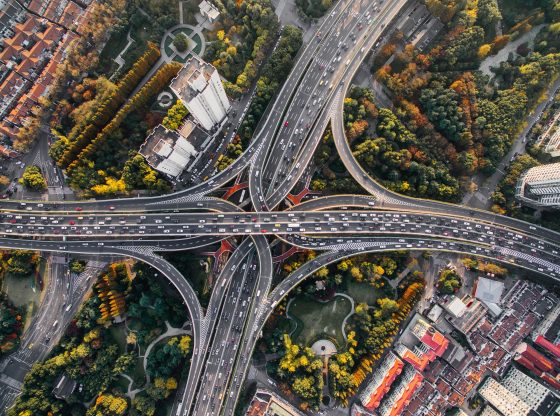 At the beginning of 2015, China formally introduced an updated Environmental Protection Law, designed to strengthen the protection of the environment and to raise its standing relative to other economic and social priorities. This action came none too soon, for in 2013 and 2014 many parts of China were enveloped in severe air pollution on a number of occasions. Chinese cities regularly experienced levels of fine particles (‘smog’) ten to twenty times higher than the WHO guidelines for safe exposure. Beijing and Shanghai were not immune to the pollution: schools and factories were closed, flights were cancelled, and the sick and elderly were advised to stay indoors. Pollution has persisted even though China has had air quality standards and emission control policies for almost thirty years. So why didn’t past measures work? And can we expect more from the new measures?

Nobody can doubt that China faces severe air quality problems. It is clear that the air quality initiatives of the past have been unable to overcome the pressures of economic growth and development. There are several reasons why it is difficult to assess the current situation and therefore to design control measures that will be both effective and affordable. One reason is that we have little experience elsewhere in the world with simultaneously high concentrations of both particles and gases under special meteorological and climatological conditions. This means that we cannot always extrapolate the known atmospheric science to Chinese conditions. There may well be reactions going on in the atmosphere of Beijing, for example, that are unique. When you factor in the topology of the surrounding area it is even more difficult: Beijing is a bit like Los Angeles, a basin surrounded by mountains. Another problem is that we still cannot be completely sure about the magnitude of emissions to the air in more remote areas and from small, unregulated sources. We can try to estimate them based on population statistics and industrial production, but there is still considerable uncertainty associated with them. Given the uncertain understanding of science and human activity, it will always be difficult in a country like China to be sure that the measures you introduce will achieve the goals you desire. But this cannot be used as an excuse. In the West we do detailed modelling studies to see whether the policies are likely to work, or not. The policymaker will assess the costs and benefits of different strategies and select an appropriate course of action. Yet this cannot be guaranteed in China. Despite the advice of distinguished Chinese scientists and engineers, the decisions of the policymaker may be influenced by other motives.

Existing regulations have been flawed for a long time. As one example, it has historically been more expensive for a business to comply with a regulation than to violate it. Fines for violators have been set very low and personal accountability has been virtually non-existent. On top of that, the reach of the national government becomes weaker with distance, such that the small towns and villages in remote provinces feel little compunction to comply. Local regulatory bodies in these areas are often understaffed and poorly trained, the enforcement of regulations is weak, and there is always the danger of complicity between the regulators and the regulated, both of whom are out of sight of Beijing.

At national level, there has always been a gap in China between the setting of government policies and the resulting effects on the environment. Also, the separated nature of government ministries often means that environmental, socioeconomic, and energy goals clash; compromises may inhibit the achievement of necessary environmental targets. Having said this, however, there are a number of measures taken in recent years that have brought China – or at least the most developed Chinese cities – close to the level of Western controls. We can cite emission standards for new vehicles, the requirement for flue-gas desulfurization controls on new power plants, acid rain policy, and the forthcoming NOx controls. China is to be commended for these steps. And if the new climate agreement announced by President Obama and President Xi in November 2014 comes to fruition, the reduction in carbon emissions will bring along with it a reduction in emissions of other air pollutants. The new Environmental Protection Law is intended to give more teeth to enforcement and compliance: personal accountability of government officials at all levels; increased public disclosure of discharge levels, ambient pollution levels, and the operation of control facilities; more effective punishment for violators; allowing NGOs to file public interest lawsuits against polluters; and protection of whistle-blowers. We will have to wait and see if these teeth can bite.

It is clear that the challenges are great and the obstacles are many. Enforcement of regulatory requirements will continue to be a big challenge. It is very important that all industries and polluters abide by government regulations at all times: control systems must not be switched off as soon as regulatory officials leave after an inspection. Though regulations always tend to focus on new sources, removing the existing big polluters from the picture is one of the most important steps that needs to be taken – whether it is small polluting factories, dirty trucks, or the burning of coal in the home and crop waste in the fields. The government has to find a way to retire the big emitters and end the bad practices. One dirty old truck, for example, can put out as much pollution as 100 or 1000 clean cars. One common practice that needs to be dealt with is the ‘exporting’ of pollution from the big cities to the small cities, and eventually to the towns. A tight regulation for trucks in Beijing usually means that the dirty trucks in Beijing are sold on to more remote areas like Shanxi Province or even Inner Mongolia – but it is well known that the pollution from those provinces will return to Beijing during the smoggy periods.

Regional imbalance is an important aspect of it all. The people of Shanxi Province, for example, are angry that their province is labelled as a big polluter. We make power for the people of Beijing, they argue, so that Beijing can have lots of electricity and clean air. Whose fault is it then, that we pollute? And as the modern metropolitan areas – Beijing, Shanghai, and the Pearl River Delta – clean up, industry relocates to the smaller towns, shifting their pollution there. A case can be made for providing economic assistance to such new industrial areas, not punishing them. Uniform, nationwide standards can help to minimise the relocation of polluting facilities.

It is also important that measures are designed for year-round implementation, not just during ‘internationally visible’ events like the Beijing Olympic Games or the Shanghai World Expo. It is the health of the Chinese people that needs attention, not the national image. Steps are being taken for sure, and in the long run the air of China will be cleaner. The import of Russian natural gas should help Beijing and the more northerly areas, as will the spread of cleaner cars and improved public transportation. China will get there in the end, but no doubt there will be more smoggy days along the way.

David G. Streets’ research has focused on energy and environmental problems in China and the rest of Asia. He has participated in five NASA Asian air quality missions since 2000.

The coming collapse of the KMT?
Duck-rice, honey bees and mandarins