The AIIB: An insight into China’s regional vision? 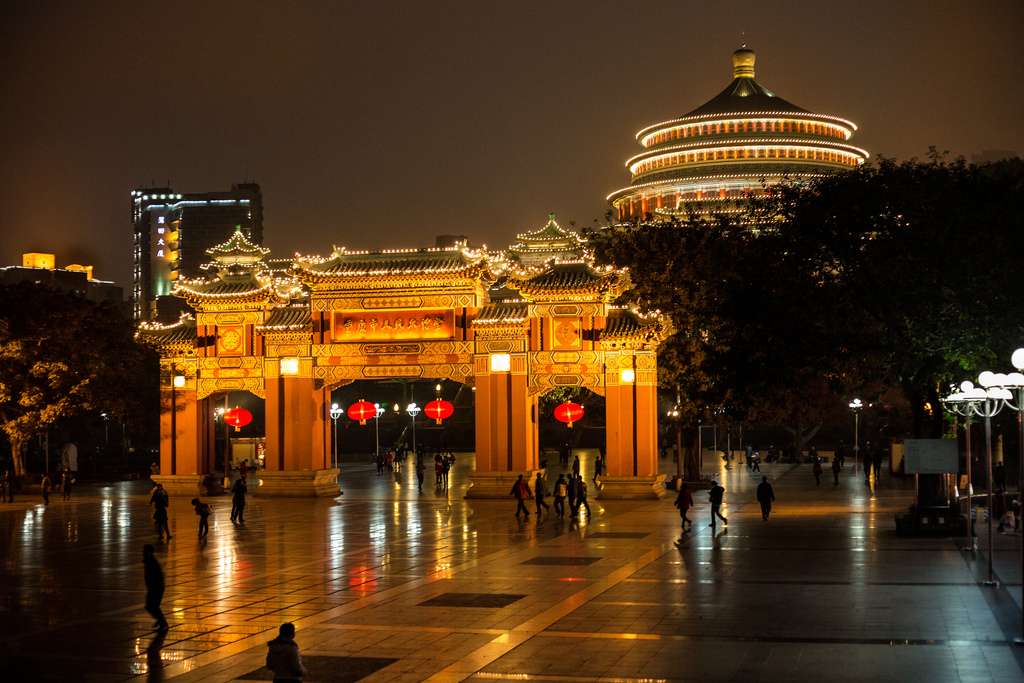 China has ratcheted up its economic diplomacy efforts in Asia this year. But will its neighbours be convinced of its ‘vision’ for the region?

In addition to its well-established bilateral aid and development financing, the past few months have seen China actively promoting a new form of regional economic integration, known as the ‘One Belt One Road’, and a new regional institution, the Asian Infrastructure Investment Bank (AIIB). These initiatives mark a new phase in China’s economic diplomacy attempts; one that shifts from a bilateral to a regional focus.

Speaking at the Boao Forum for Asia in March, President Xi Jinping outlined a vision for the region in a keynote address titled ‘Towards a Community of Common Destiny and A New Future for Asia‘. In his speech, Xi Jinping highlighted four principles that underlay his vision. To build a community of common destiny, he said, we need to make sure that all countries respect one another and treat each other as equals; we need to seek win-win cooperation and common development; we need to pursue common, comprehensive, cooperative and sustainable security; and we need to ensure inclusiveness and mutual learning among civilizations. What he doesn’t say is that China would be at the centre of this ‘community’.

The rhetoric is of course familiar and it is easy to be dismissive. But it is important to see this vision espoused by the Chinese President as an attempt to assuage fears among China’s neighbours about its growing power and influence. China is not winning hearts and minds through its bilateral efforts, so is now framing its engagement as a shared regional vision. It explicitly connects the futures of China’s neighbours with China’s own future. In doing so, Xi Jinping is trying to convince other countries that their own peace and prosperity will best be secured by becoming even more intertwined with China.

The much promoted ‘Belt and Road Initiative‘ is the hallmark of this vision. There are obviously domestic economic imperatives for the Belt and Road, but it is also being framed as an example of China’s regional leadership. Chinese leaders speak of the Initiative as being a ‘public good China provides to the world’ and the effort of a ‘big country’ to shoulder ‘greater responsibilities’. This is an attempt to demonstrate that China’s intentions are benign and should be welcomed.

The Chinese Government knows that its own successful development is linked to the economic growth of others, and that it cannot achieve its ‘great national rejuvenation’ without peace, stability and growth in its neighbourhood. But countries are becoming wary of being too dependent on China. And China’s bilateral efforts in places like Sri Lanka and Myanmar are hitting roadblocks. So instead President Xi is trying to reframe China’s inroads as part of a regional vision shared by all.

Coinciding with Xi Jinping’s Boao speech, the Chinese Government released its ‘action plan‘ for the Belt and Road Initiative. The plan was jointly issued by the National Development and Reform Commission (NDRC), the Ministry of Foreign Affairs and the Ministry of Commerce, indicating it is both a domestic and foreign policy initiative.

Light on details, it purports to be ‘open’, ‘harmonious’ and ‘inclusive’. It covers road, sea and air transportation, energy infrastructure, and optical cables, removing trade barriers, improving customs clearance processes, cooperation in agriculture, forestry, and fisheries, trade facilitation, free trade zones, e-commerce, and renewable energies, to name but a few. Xinhua even has a dedicated website with links to all the statements, policies, news and activities.

‘Belt and Road’ thus appears to be an all-encompassing initiative that basically anything can fit under. Indeed, we will see projects that are already underway being rebranded as part of the ‘one belt one road’. And existing financing pledges for development projects will also be subsumed and re-announced. We’ve seen this already with many of the announcements made during Xi Jinping’s recent visit to Pakistan, including the natural gas pipeline from Iran to Pakistan.

The Belt and Road Initiative will be financed through a range of mechanisms. The AIIB, the BRICS New Development Bank, the Silk Road Fund, as well as China-ASEAN Interbank Association and SCO Interbank Association have all been explicitly mentioned. The Chinese Government increasingly speaks of the Belt and Road and AIIB together, linking them to its vision of a common (Asian) destiny.

In a clear case of the United States shooting itself in the foot, the AIIB has become a global institution, with 57 countries signing up to be founding members. This in part reflects the recognition that their commercial and development cooperation interests will be affected by the AIIB and so it is better to be involved to try and influence the Bank’s investment decisions from the beginning.

But in signing onto the AIIB, countries have implicitly agreed to support China’s regional vision, as China will promote the projects it finances as being part of the ‘Belt and Road’. The challenge, therefore, will be to make sure that infrastructure investments really are ‘win-win’, and not just serving China’s interests. The involvement of countries like Korea, the United Kingdom and Australia should help in this regard.

In fact, China’s shift to regional economic diplomacy mechanisms should in part be seen as recognition from China that its bilateral efforts have been less successful than anticipated. The Chinese Government recognises it needs the support of developed countries not only to appear less threatening but also to improve some of its financing choices and practices. Indeed, already, a number of former World Bank officials are advising the Interim Secretariat as the AIIB gets up and running.

China’s neighbours will certainly embrace the economic development opportunities that come through China’s new regional economic diplomacy initiatives. But time will tell whether they are convinced of China’s intentions and persuaded by the ‘common destiny’ idea. Unless China changes its behaviour in the South China Sea, it is unlikely Southeast Asia’s maritime states will be convinced.

Philippa Brant is a Research Associate with the Lowy Institute. Image credit: CC by Lauri Vain/Flickr. Some of the ideas within this post were previously published in a piece on The Interpreter, ‘One belt, one road? China’s community of common destiny’ on 31 March 2015.