Why Fresh Thinking on the South China Sea is a Problem

Home /China, International Relations, Japan, Military, Non-interference, Politics, Security, US in the Asia-Pacific/Why Fresh Thinking on the South China Sea is a Problem 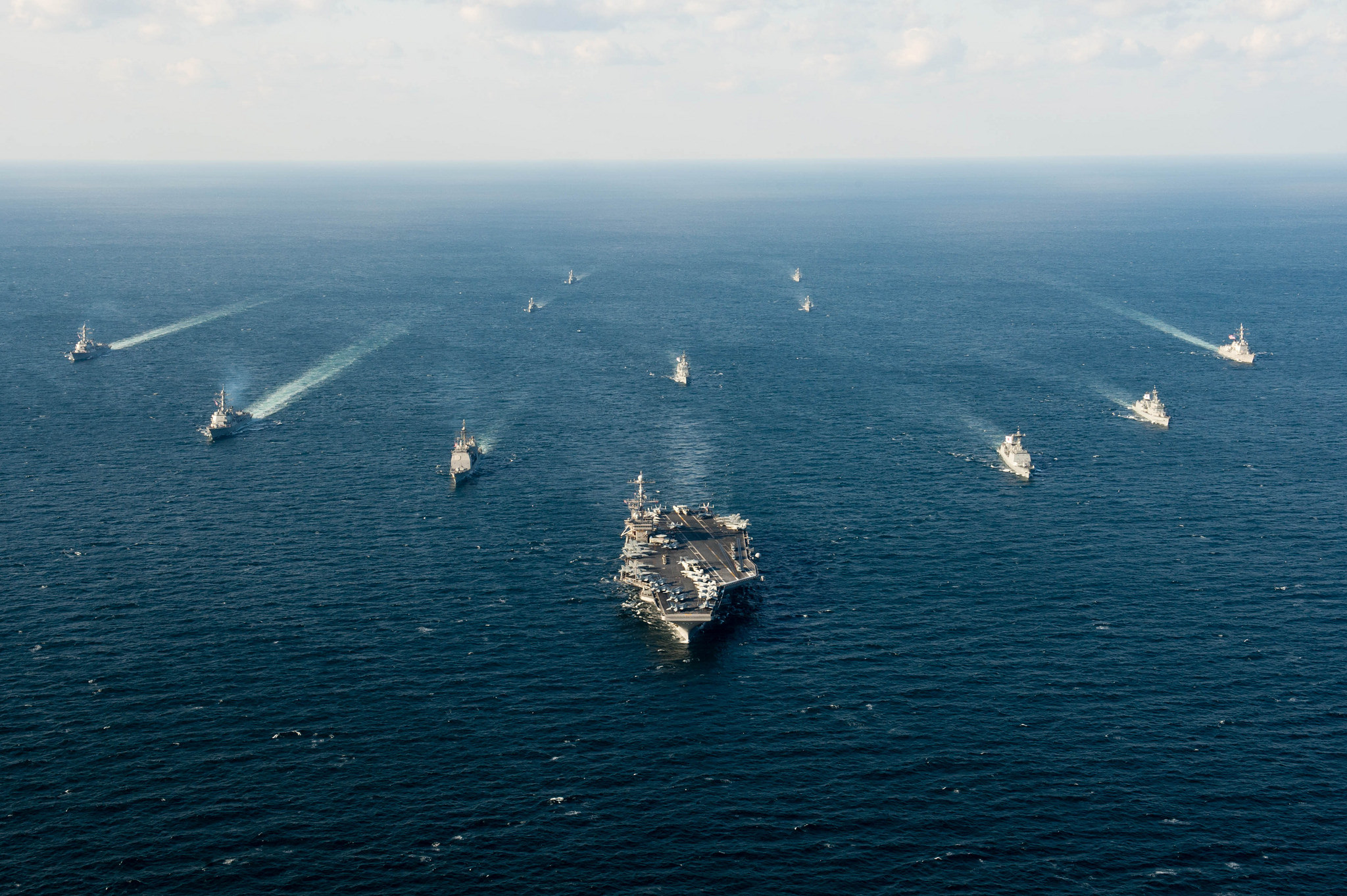 Almost certainly one of the headaches that a new American president will have to start engaging with when they finally come into office in a year and a half’s time will be the complex claims and counter-claims over sovereignty and maritime borders in the South and East China Sea. Issues that once seemed remote and largely academic are now at the forefront of geopolitical worries, because what was once a sleepy stretch of water in amidst a group of developing countries with little trade or global political status has now become the precise opposite – prime territory linking the 21st century’s most dynamic, economically important countries. The stakes have risen stratospherically because of this.

If we do see a Hillary Clinton presidency in 2017, then at least on this issue someone will be sitting in the Oval Office who has a good background in these issues and knows what they are about. In 2009, after all, Hillary Clinton, as US Secretary of State, attended the ASEAN Foreign Minister’s meeting and caused fury in Beijing by stating that this was an area of strategic American interest and one it needed to be involved in, even if it took no side on the rights or wrongs of specific claims. Many observers pinpoint the start of the US `pivot’ or `rebalance’ back to Asia from this moment. It was a deeply unwelcome intervention for China, and one it has been responding to in different ways ever since.

Oddly, there is little that has been accessibly written about the background of the South China Sea travails. For most observers who are not involved, it seems remarkable that major nations like Vietnam, China, Japan and Malaysia will have undignified coast guard scuffles and fights over what look like nothing more that scrappy and mostly uninhabitable dots of land far out into sea. However, one of the strengths of a recent book by BBC journalist Bill Hayton (`The South China Sea’, Yale, 2014) is that it helps explain why claims over even the most wretched outcrop of rock above the water matter, and why a combination of history, different mentalities and world views make the attempts to resolve these contending claims so plagued with difficultly.

The most primal of all differences is between the current Chinese conception of what its sea territory is, and how evolving international law might be relevant to this, and those of the other disputants. Some, like the Philippines, have even made a formal request for adjudication to the International Court of Justice. For them, the United Nations Convention of the Law of the Sea is what they are pinning their hopes on. But as Hayton says, this body would be unlikely to deliver judgement that would even partially placate the Chinese. It would not recognise many of the submerged features China claims are islands as in fact being such, and in that case would not allow China to claim 200 kilometre zones around them as exclusive economic territory. Nor would it be able to draw any clear narratives from the documented history of the different parcels of contested islands. At one time or another French, Portuguese, and British, along with myriad littoral principalities and kingdoms in the area, had claims of differing nature and extent. The most a historian could say of all of this is that the concept of a land border, let alone a maritime one, is a recent thing. History doesn’t help so much in using ancient abstract rights to resolve modern things, at least in this area.

The best a US president might be able to do is to simply strain to maintain the status quo. That seems to be the objective of the current administration, and there is little reason to believe a new one would want to literally rock the boat here. At the Shangri-La security dialogue in Singapore this year, the chief Chinese representative delivered a reportedly fabulously vapid and tight lipped presentation on Chinese claims. While not making for good entertainment, perhaps that is the best we will currently get. Fresh thinking might constitute anything from claims to complete annexation or total capitulation, and either end of the extreme will cause huge disruption in a region that is just too sensitive and important to mess with now.

Looking deeper into the future, Hayton’s book suggests something outside the zone of geopolitics that might, in a more enlightened world, offer a solution. In an era in which in Beijing and across the Asian region there is increasing recognition that the environmental costs of fast industrialization and growth have been colossal, and where most governments (with the very puzzling exception of Australia’s current leaders) accept human agency in climate change and greenhouse gasses, this offers an unexpected inducement to get contesting nations around the South China Sea in particular to sit down and think longer than their usual five or ten year time span. This region is one of immense importance for fishing, but also for marine life, and for sustainable fish stocks. It is at the moment suffering immensely from over-exploitation. But its environmental degradation will cause huge, perhaps insurmountable problems, in its vast neighbourhood if not eventually addressed.

The proposal that has been around for some time of simply creating a zone of peace, an immense neutral area which is recognized as a marine park where all the contesting countries have an equal share, might seem fanciful at the moment. But as the environment becomes a more and more important issue, this is an idea whose time might one day come. Of course, the worse thing the US might do is to propose this sort of idea. That would cause it to immediately be slapped down for interfering in issues beyond its legitimate sphere. But certainly within the region, there are voices who should, even now, be encouraged to develop concepts like these and see how they work, particularly in places like Taiwan. The bottom line for the South China Sea therefore is, at the moment, no fresh thinking but maintenance of the status quo. And in the future, perhaps, something bolder, and more sustainable – the idea of a place of neutrality at the heart of Asia.

Kerry Brown is Professor of Chinese Politics and Director of the China Studies Centre at the University of Sydney. Image Credit: CC by Official U.S. Navy Page/Flickr.