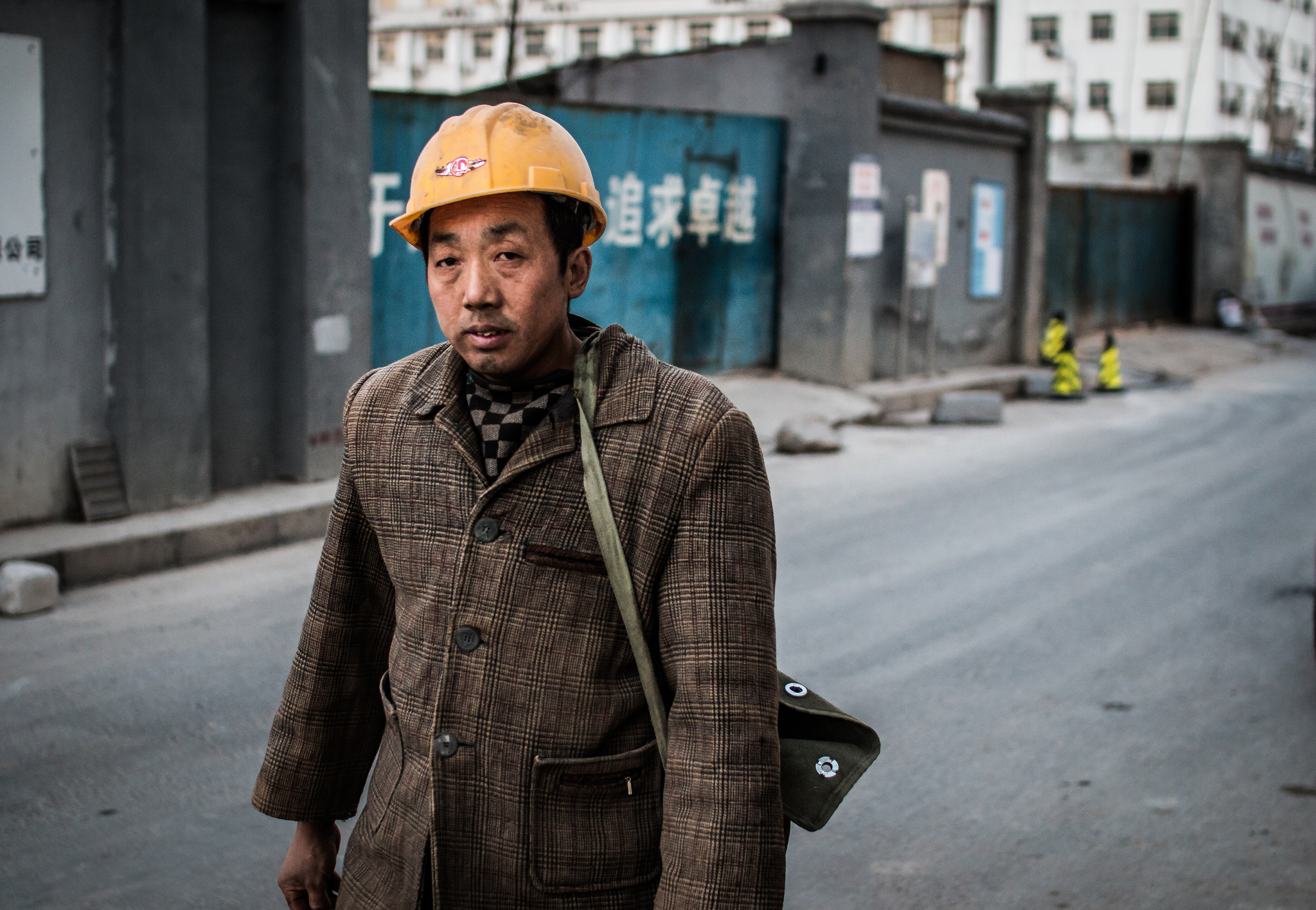 People’s identity is very much reflected on and constructed by how they are named by others. Internal migrant workers in China have experienced huge differences in terms of how they have been perceived and named during the last thirty years. During this time, economic development and rapid urbanisation in China has propelled massive internal migration. Large numbers have migrated from the countryside to towns and cities, especially to megalopolises such as Beijing, Shanghai, Guangzhou, and Shenzhen, usually individuals in search of jobs and higher wages.

Official statistics (China’s National Bureau of Statistics 2014) place the number of internal migrants in China at about 20% of its population of 1.3 billion, having increased from roughly 30 million in 1989 to more than 269 million in 2013. Yet when migrants leave their homesteads, they are confronted with discrimination and a range of inequalities, many of which are perpetuated by China’s longstanding social orders and political system. How they have been named during these years can partially demonstrate the migrant workers’ tough experience of integration into urban social life.

Since the early 1980s and the advent of “reform and opening”, migrant workers have been called Nongmin Gong or Dagong Zai/Mei, which literally means peasant workers/labourers. Implicit in these terms is a strongly derogative stigmatization. Although migrants have made a great contribution to China’s development, their integration to cities has not been warmly welcomed by local governments or established city residents. They have often been regarded as ‘abnormal individuals’, due to the fact that for a long time they came into the cities, only providing cheap labour without proper social identification papers. While the migrant workers as a social group have often been blamed as possible sources for robbery, stealth, and other civil disorders, public discourse in China often regards migrant workers as people who deviate from the ‘norm’ and thus need to be corrected and educated. According to Foucault, the norm is the rule of conduct, the tacit law, the principle of order and conformity, against which irregularity, disorder, disorganisation, dysfunction, deviation are measured and disqualified. In this sense, the discourse of abnormality around migrant workers may result from its possible introduction of disorder to and its disruption of the normative system, with which city residents are familiar.

In the context of the public discourse of abnormality around Nongmin Gong, Party-State leaders and State-run media have attempted to provide a counter-discourse by tempering the perception of abnormality of migrant worker’ identities and advocating their normality or even their “super-normality”, manifest in personal traits that greatly exceed the normal or average in their peers. However, recent research indicates that there is a huge difference between the State-run media and the local/social media coverage of migrant workers. The advocacy of the migrant workers’ identities by the State-run media is in line with its role as the mouthpiece of the Party, in which the media is fulfilling its noble responsibility to help the masses ‘distinguish truth from falsehood’.

In their effort to curb discrimination and promote the integration of migrant workers into urban social life, the State leaders and the governments at various levels adopted a term Xin Shimin (new city residents) to refer to the migrant workers. This term was first used in 2006 by Qingdao Municipality Government in Shandong Province, and has been widely accepted by both the government and media since then. In July 2014, Premier Li Keqiang advocated the adoption of the term Xin Shimin to refer to migrant workers in a State Council executive meeting. While acknowledging the social contribution made by this floating population, he requests stop of treating migrant workers as second class citizens. It is not common in the Chinese history for a government head to be engaged in the naming of a social group in society. His advocacy of a new name for this social group have also been underpinned by changes of the government’s policy concerning this floating population. Among them, the most important is the government’s attempt of abolition of the rural-urban dual hukou system, which has had or will have a huge impact on the migrant workers.

In this sociolinguistic construction of migrant worker identities, the context, ‘space’ and ‘place’, and the purpose of communication shape the identities of migrant workers. Although both the two names, i.e. Nongmin Gong and Xin Shimin, are based on aspects of their personal identities (i.e. peasant, worker, new city-residents, etc.), the way that the names are used and the points being highlighted depends much on the manipulation of the public, the media and/or the government. For instance, if the media highlighted the representation of ‘diligence, frugality, confidence, and action with vision’ in migrant worker identities, that can be regarded as shaping the super-normality of their identities for the purpose of the public media. In this case, ‘new city residents’ would more likely be used to refer to this social group.

However, people can (and do) shift places frequently and delicately, and each time, in very minimal ways, express different identities. So in this sense, even the same migrant worker being covered in the media can be called Nongmin Gong in another place by another person for another purpose. It can be argued that the identities of migrant workers presented in the State-run media are often just the desirable facets of migrant worker’ identities that they attempt to present to its audience for fulfilling the media’s social function. It might have a long way to go before the identity of migrant workers advocated by the government and the media can be accepted and this new name of Xin Shimin be adopted by the general public.

Dr Wei Wang is a Senior Lecturer in Chinese Studies at the University of Sydney. Image Credit: CC by Matt Ming/Flickr.

German icons of leadership and remembrance: Lessons for Abe?
From globalized corruption to globalized anti-corruption