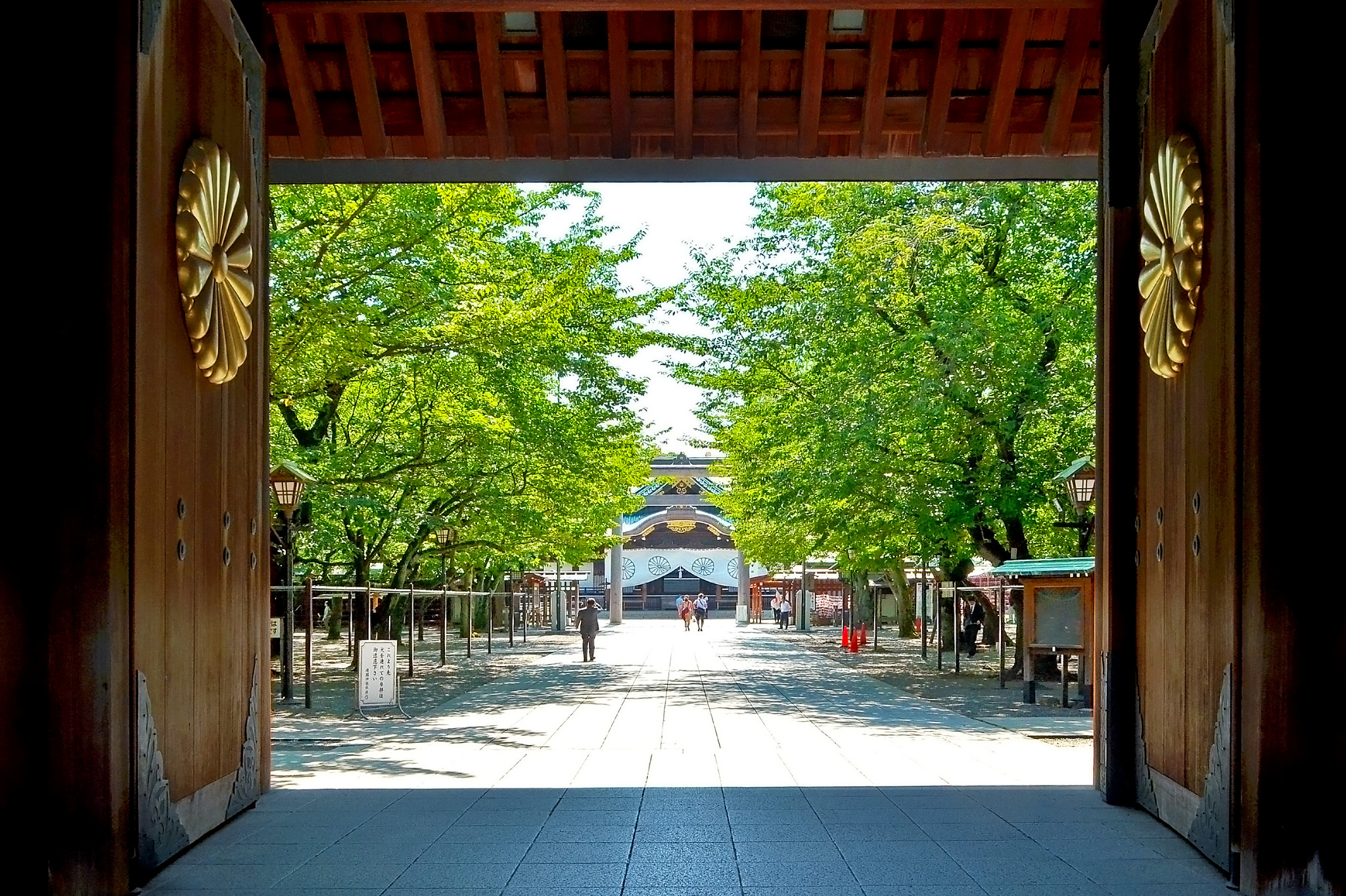 Yasukuni Shrine, where the military-related dead of modern Japan are memorialized, remains one of the main focal points in the international debates on how Japan remembers its wartime past. It is also deeply intertwined with Japan’s domestic politics in the postwar decades as a result of the strong ties that the Liberal Democratic Party has forged with it.

Two issues are at the center of the debates. First is the relationship between the Japanese state and the shrine. Since Yasukuni Shrine has become a private religious institution in 1946, lawmakers’ interactions with the shrine—such as prime ministers’ visits and offerings— are often considered a violation of the Japanese Constitution that prohibits state and its organs from participating in religious activity.

The second issue fueling the debates is the presence of convicted war criminals among those enshrined at Yasukuni—particularly the class A war criminals indicted for crimes against peace who were enshrined in 1978.

Because of these two issues, critics of the shrine argue that Yasukuni Shrine signifies Japan’s desire to return to the military-driven expansionist state that it was during the Asia-Pacific War. The debates have thus far produced some possible solutions including creation of a new national memorial to replace Yasukuni, and the removal of the war criminals from the shrine. Neither of these proposals has been realized.

More importantly, both proposals are highly problematic, as they merely obfuscate the core of the problem surrounding the shrine. The real source of the conflict is not the war criminals or the presence of the shrine itself, but rather, the inadequate response to legacies of the war by both the Japanese people and the government.

Debates on the fate of the shrine are not new. The first one took place during the occupation period when the Supreme Commander of the Allied Powers (SCAP) seriously considered demolishing the shrine. But even if the SCAP had scrapped Yasukuni Shrine, we would still have been left with the same problem concerning Japan’s unresolved wartime past, only with a different name.

In the ongoing debates, Yasukuni Shrine has come to take on a singular presence—an institution that represents Japan’s unresolved war crimes. Internationally then, associations with the shrine indicates Japan’s interest in rearming the nation. Domestically, for the critics, the shrine also represents Japan’s wartime state’s victimization of its own people. It is not surprising, then, that pundits seek a way to get rid (or at least decrease the visibility) of the shrine.

One problem that stands out in most political analyses of Yasukuni is the allocation of Japan’s war responsibility. According to recent polls, a majority of Japanese acknowledges Japan’s war crimes during the fifteen-year war. But most, at the same time, place the blame on Japan’s wartime government and the emperor. In their view, Japanese people were the victims of their own government, and they suffered in the prolonged war due to their reckless leaders. In the absence of this wartime government today, Yasukuni Shrine—along with the class A war criminals enshrined therein—has come to take on the role of the entity that is responsible.

Yasukuni Shrine and the political attention upon it reinforce the narrative that Japanese people were the victims of their wartime government. The outcome of this trend, and the most important component of the issues surrounding Yasukuni Shrine is this: as long as Yasukuni Shrine remains the main culprit, the people do not need to bear responsibility for Japan’s war crimes.

But as historian Carol Gluck has argued in her edited volume on Showa (1926-89), it takes “both states and societies—which is to say the individuals who comprise them—to make a total war.” War responsibility, then, does not fall on the class A war criminals alone. Similarly, war responsibility does not fall only on Yasukuni Shrine. Put another way, the presence of an institution that everyone can place the blame on, in the form of Yasukuni Shrine, allows people to dodge accountability for Japan’s war crimes.

Most of the individuals that comprised the state and society in wartime Japan are now deceased. But the idea of “postwar responsibility” offers a possible solution to the Yasukuni issue.

The concept of “postwar responsibility” is concerned not so much with accepting responsibility for the war and its associated crimes as it is with the postwar responses. The “responsibility” in this approach is therefore not for the acts committed during the war but for ending the international discord resulting from unresolved issues of the war, which can be achieved only through reconciliation.

On this seventieth anniversary year, the public has become highly critical of prime minister Abe and his cabinet. Following the recent passage of security bills through the Japanese House of Representatives, the approval rating of the Abe cabinet plummeted. According to a Mainichi Shimbun poll on 17–18 July 2015, it is as low as 35 per cent. Groups are protesting in major cities throughout Japan hoping for a regime change.

In such scenario, Yasukuni Shrine can even become a useful educational tool.

Instead of a monument to be demolished or ignored because it imparted imperialistic messages during the Asia-Pacific War, Yasukuni Shrine can even serve as a reminder of the tumultuous history of modern Japan, facilitate debate on the ways in which the war is remembered over time, and, in particular, become a reminder of the ongoing need to examine the concept of postwar responsibility as it applies to past, present, and future generations.

Stock market volatility in China is not a harbinger for growth collapse
Hong Kong during World War II: A Transnational Battlefield