The NLD wins the Myanmar elections 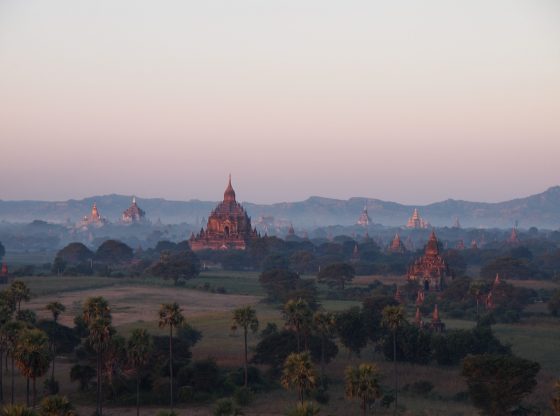 On Sunday 8th November 2015 Myanmar went to the polls. More than 90 parties contested seats for the two houses of parliament as well as the 14 state and regional assemblies.  Despite the large number of parties, all eyes were on the opposition NLD and the regime USDP. The official declaration is still outstanding, however the Union Election Commission has to date awarded the NLD 348 seats in the bicameral parliament, giving the party an outright majority. In order to control the government the NLD needed 67% of the seats (or 329 seats), as 25% are held by appointed military MPs. Crossing this threshold means that Myanmar can become a very different country. The losing USDP has been bitterly disappointed with the result. Nevertheless the outgoing MPs have congratulated the NLD and the regime party has shown great dignity.

What does this mean and what happens next?

There is almost a three-month transition period during which time the old government is still in power. The new parliament will sit after the old parliament dissolves on the 30th of Jan 2016.  The NLD will then have to propose two presidential candidates – one from the lower house and one from the upper house, whilst the military MPs will propose the third candidate. The vote that ensues will mean that one of the NLD candidates will become president and the other two will become vice presidents. At present it is unclear who the NLD will nominate although rumours abound. Daw Aung San Suu Kyi is barred by the constitution, due to her British sons. She has however declared that she will be ‘above the president’ and will take all the decisions – a move that could lead to confrontation with the military.

The first challenge will be to develop cordial relations with the military. Myanmar has mainland Southeast Asia’s largest standing army. The constitution guarantees their place in parliament and control over key ministries. They will remain significant stakeholders in the political system. A divided parliament on military-civilian lines won’t be good for national reconciliation nor the peace process. The NLD will have to find a way to cooperate with the chief of staff as well as the military MPs. The NLD’s commitment to alter the constitution and in particular change Article 436 is likely to bring the party into conflict with the military leadership. Aung San Suu Kyi has already asked for a meeting with the Chief of Staff Min Aung Hlaing who responded that he would meet her after the official election results had been announced.

The second big challenge will be ruling and administering the country. The NLD did not do much during the last parliament (they only had 43 MPs) and they did not campaign on clear policy lines. With the exception of wanting to change the constitution, the NLD has not made its priorities clear to its electorate. It remains to be seen in how far the MPs that will be nominated as ministers will have the capacity to bring the changes about that their supporters are awaiting. In how far the new ministers will actually have to rely on the bureaucracy is unclear, however it would be counter productive to try and change everyone in the administration since the NLD has no experience in running the country. The NLD has promised big changes, is seen as the ‘saviour’ of the country. It will be a challenge to fulfil these expectations.

The biggest challenge will probably be the one uniting the country. Myanmar’s ethnic and religious diversity will not make this an easy task. An ultra nationalist Buddhist movement – called Ma Ba Tha (Society for the protection of race and religion) led by monks has gained traction in the last three years and has been fuelling anti Muslim feelings across the country. Ma Ba Tha’s influence did not only result in the four race and religion protection laws being passed last year – which clearly discriminate against Muslims, it has also resulted in Muslim electoral candidates not being able to contest their seats. Not one of the 1051 NLD candidates is a Muslim. The result might be a parliament without a single Muslim MP, despite a reasonably large Muslim population. The NLD has not spoken up for the disenfranchised Rohingya either, in fear of being branded foreigner friendly.

Another issue includes the representation of ethnic people. Around 38% of Myanmar’s population are ethnic minorities and there are a large number of ethnic parties. In 2010 the ethnic MPs formed the first legal opposition to the USDP dominated parliament. Despite local ethnic leaders’ misgivings the NLD fielded candidates in all ethnic majority areas. Consequently many locals feared the vote would be split leading to an end of vibrant ethnic politics that had been an unforeseen result of the 2010 elections. It looks like the NLD has really displaced the ethnic parties and this does not bode well for an inclusive political process. The NLD has always maintained that democracy is their first priority and ethnic grievances can be addressed later. Given the protracted and on going peace process with the ethnic armed groups, a sizable ethnic representation is essential so as to represent the ethnic civilian voice. A parliament dominated by Bamar voices will not be good for the peace process or the planned political dialogue.

Today euphoria across Myanmar’s electorate is high. The results that they had been denied in 1990 have come through 25 years later. We have to hope that beyond the excitement the NLD will be able to satisfy the expectations of a country that has been waiting for these results for a quarter of a century. Clearly, this will not be an easy task.