Growth of the Tourist Class in China

Home /China, Culture and Society/Growth of the Tourist Class in China 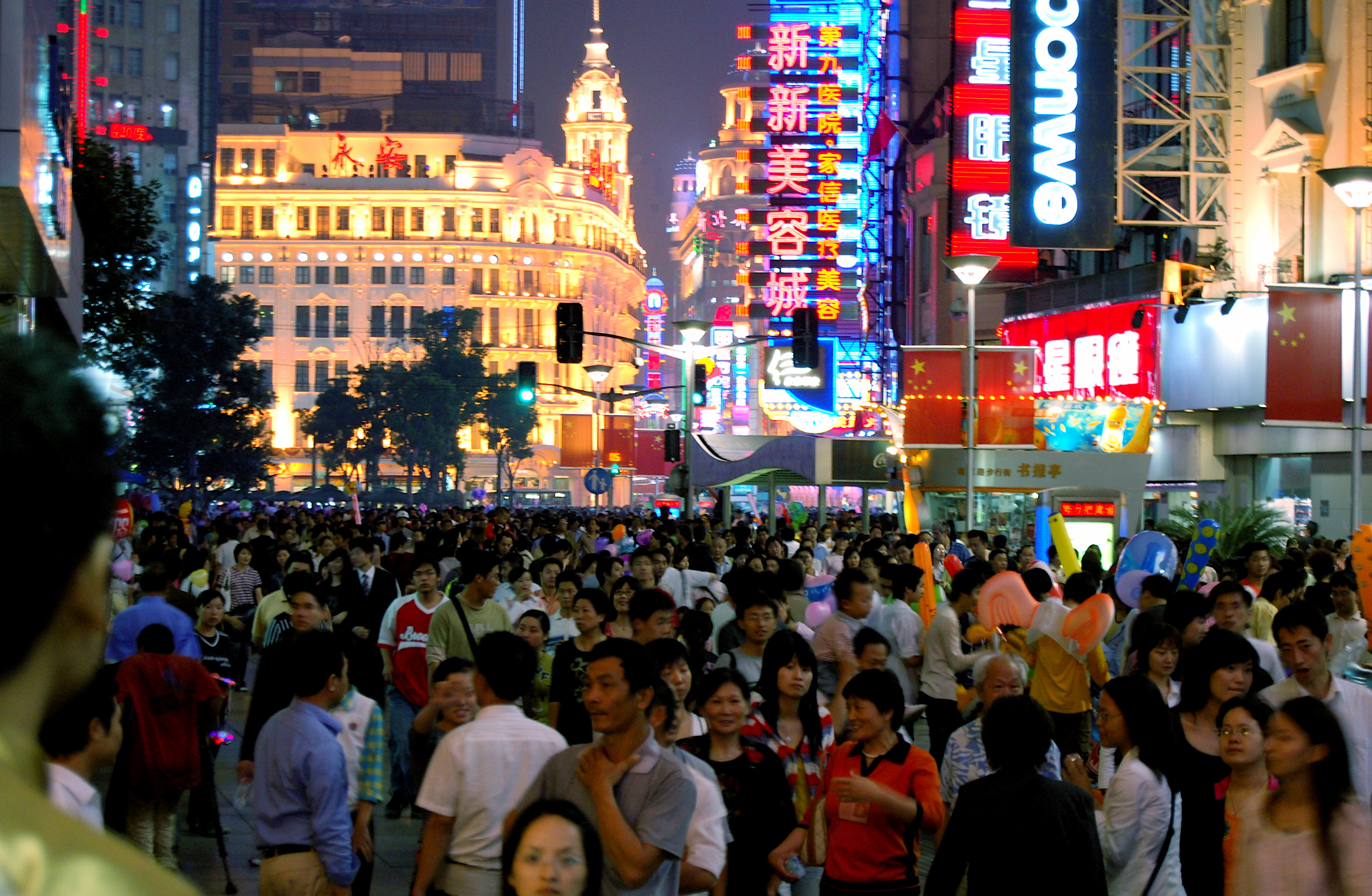 It is well known that China has a population of approximately 1.3 billion people, and is achieving fast economic growth to the point where by some criteria it is now the world’s largest economy. Notwithstanding the fact that in terms of GDP/capita China still languishes among the ranks of the developing nations, that economic growth has generated a middle class who seek to emulate many of the consumption patterns of the advanced economies of the western nations. Consequently not only are the purchases of consumer durables such as smart television sets and cars seemingly achieving greater sales each year, but equally the purchase of experiences are also growing.

The United Nations World Tourism Organization for more than a decade has been forecasting that China by the 2020s could well be the world’s largest tourist destination and tourist generating country. Tourism, like many industries in China, has a relatively recent history as an industry. Prior to the reforms initiated by Deng Xiaoping, overseas travel was restricted to a few, primarily senior members of the Chinese Communist Party, and a whole process of visa controls existed for both inbound and outbound tourism.  Even after the reforms tourism remained a controlled activity, but the need for foreign exchange currency and more open arrangements as China commenced global patterns of trade meant that the Chinese authorities turned their attention to tourism.

The reversal of previous Maoist policies and the condemnation of the ‘the four olds’ were signalled early in 1982 by the passing of a Heritage Act which began a process of classification of antiquities of value to Chinese culture. The effective signalling of places as being of importance initiated a wish to see such places, both within and outside of China. Equally the culture of minority peoples was also recognised as possessing importance, and the commodification of those cultures gave rise to tours that by 1992 led to overseas tourists taking the ‘Silk Road’, and the ‘North West Minority Culture tour’ as the State promoted tourism as a part of an export led economic policy.

Overseas travel by Chinese families commenced in the early 1980s when those living in Guangdong Province were permitted to visit family members living in Hong Kong and Macau, and this ‘privilege’ was then extended to Singapore and Malaysia in 1990 and to the Philippines in 1992. Travel for business purposes was also permitted to these destinations. Generally it was required that the costs of travel and accommodation had to be met by the hosts.  The major step toward freer travel by non-family members was the establishment of ‘Approved Destination Status’ (ADS) whereby China signed agreements with individual countries and the host countries undertook certain responsibilities to assure the safety and well-being of Chinese tourists. Australia and New Zealand were the first western countries to sign in 1999, and Chinese outbound tourism to those countries immediately increased and has continued to grow since. Indeed the Chinese form the second largest group of nationals visiting New Zealand and are poised to become the largest source of international tourism spending in New Zealand. Other western countries have subsequently followed.

With the development of outbound Chinese tourism there followed the growth of travel agency and tour operator services in China, while at the same time the growth of inbound tourists stimulated the development of the Chinese Hotel Industry. The Chinese hotel industry rapidly grew from the 1990s and a series of stages can be discerned. The first was the expansion of the industry created by the sale of the then existing structure of state owned hotels into a series of often state sponsored corporates as a means of both acquiring investment needed to refurbish hotel stock and to introduce elements of competition to improve management. At the same time permission was given for western managed and owned groups to enter the Chinese market – thereby giving Chinese owned companies a benchmark against which to judge their own operations and to act as a spur to an improvement in management practices. Consequently, while major western hotel groups such as Sheraton, Hyatt and others have managed relatively small proportions of the total beds available in the Chinese hotel industry their importance has been significant as a bench mark and for their presence in the four- and five-star sector in the major cities of China.

The Chinese hotel industry not only learnt quickly how to adapt to western demand, which in many ways became the template for the growing domestic demand, but it was also left to develop the important three star market sector that was more in tune with the expenditure patterns of the growing Chinese middle classes and business demand for accommodation.  By 2015 Chinese hotel chains such as 7 Days Inns, Home Inns, and Jin Jiang Hotels not only dominate in the 3 star sector but have gone to raise capital in New York, and engage in mergers and acquisitions overseas. Home Inns International is now the ninth largest hotel company in the world by numbers of properties owned and managed.

The number of international tourists to China has tended to be stable or to have slightly declined in the five years leading to 2014, and in that year approximately 128 million overseas visitors went to China. In the same year the number of outbound Chinese tourists were 117 million, with Hong Kong and Macau accounting for about 70% of that total. South Korea, Thailand and Taiwan are favourite locations for outbound Chinese tourists. North America in 2014 attracted about 2.6 million Chinese tourists and together Australia and New Zealand hosted just over a million such tourists.

This growth in outbound tourists was, and remains to a degree, bedeviled by the ‘shopping tours’ where the travel agencies and tour operators attract clientele by charging at or below cost and subsequently profits being made from the commissions paid by retailers to the tour operators or tour guides for taking the tourists to these shops. This practice became notorious for cheating and producing low value tours for the host countries. One problem was created by retail operations owned by Chinese nationals who were often trading in contravention of Sales Descriptions legislation, and who may have also bypassed the travel agents by paying commissions directly to tour guides. Finally, in 2013, the Chinese government passed a Travel Law requiring a full description of itineraries to be published and which could only be changed by the agreement of all tour party members. At the same time the problem became lessened by the growth of the free independent tourist (FIT) as host countries sought to attract the better educated and higher income markets.

The major determinant of growth in Chinese tourism has been the domestic market place. The domestic Chinese tourism industry has boomed with growing incomes and car ownership combined with better internal air and rail services.  IN 2014 of the 26,650 registered travel agencies on the Mainland, just over 26,000 completed returns that showed 131.2 domestic holiday trips were organised, but these fade into insignificance when set against the total number of domestic trips, which the China Tourism Academy estimates as being about 4 billion in 2015.

Thus it is not surprising that Chinese tourist attractions are now facing major problems over the management of such vast numbers, and indeed during the Golden Week holidays locations like the Forbidden Palace are now simply shut given their inability to cope with the crowds. Golden Week holidays were initiated by the Chinese government in the desire to ensure that all of its citizens would be able to have holidays and to counter the practices of many Chinese employers who would not grant holiday leave to employees. Today they have become a byword for congestion and slowly reforms have commenced with some being cancelled in favour of longer weekend breaks.  The industry in China is growing and is likely to grow for many years to come. It is now decreed to be a leading pillar of the Chinese economy, and a means of combatting rural poverty. More attractions are being built and market segments are fast emerging to deal with special interests. Chinese cruise tourism is among the recent developments, while spas, theme parks, film based tourism, events and conferences have all emerged to create a rich mix of reasons to travel.

Professor Chris Ryan has been at the University of Waikato since 1998, he is the editor of ‘Tourism Management’ and ‘Tourism Management Perspectives.’ He has sat on a number of international and national committees including the APEC Tourism Ministers Advisory Committee and New Zealand Chinese Advisory Committee for the Ministry of Business Innovation and Employment. He maintains entries on Researchgate.net, twitter (@CaryanRyan) and Google’s My Citations. Image Credit: CC by Jakob Montrasio/Flickr.

China-Africa summit: what to look for beyond the hype and hypocrisy
Welcome to Chinese Outbound Tourism 2.0