What the Philippines 2016 Elections Mean for the Mindanao Peace Process 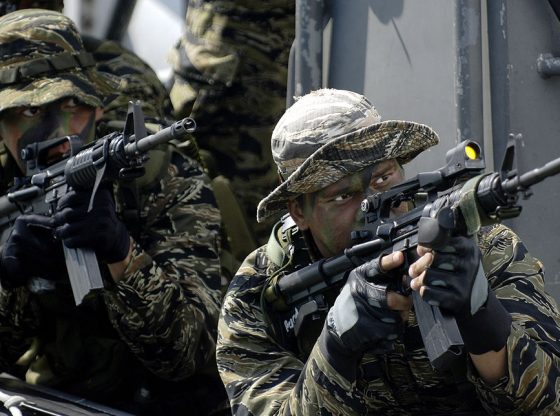 The peace process so far

The 1996 final peace agreement between the GOP and the MNLF enabled the expansion of the Autonomous Region in Muslim Mindanao (ARMM), an autonomous political entity created in 1989 in accordance with a constitutional amendment. Former combatant and MNLF founder Nur Misuari was elected as the ARMM’s third governor. Amidst all this, the armed conflict continued, as breakaway groups, such as the MILF, did not recognize Misuari’s leadership and found anything short of independence unacceptable. In addition, for many years after its establishment, the ARMM remained one of the poorest regions in the country, fueling allegations of corruption against MNLF leadership. The armed conflict also disrupted long-term development, and the lack of progress served as one of the impetuses for the MILF’s campaign.

In Philippine politics, every presidential election ushers in new beginnings. Eager to build his or her own legacy, each president typically distances himself or herself from the policies of the previous administration, especially on highly controversial issues. Campaigns may be built around the perceived failures of the outgoing president. This current cycle is no different. And since the president’s endorsement can do much to facilitate legislation, supporters of the GOP-MILF peace agreement are anxious about the leadership change.

There are five front runners in the presidential race: the current vice-president, Jejomar Binay; two senators, Grace Poe and Miriam Defensor-Santiago; former senator and secretary of the DILG, Mar Roxas; and mayor of Davao City, Rodrigo Duterte. Among them, only Roxas, endorsed by President Aquino’s party, has publicly declared that he will continue the current administration’s action plan on the peace process. Poe has indicated that she will continue peace efforts by expanding the dialogue to other stakeholders in Mindanao because she has reservations on the original draft of the BBL. Binay supports the “weaker” draft. Defensor-Santiago has challenged the constitutionality of the original draft, though whether she favors the new version is unclear. Duterte, the only candidate from Mindanao, recognizes the weakness of the latest draft and proposes instead to transform the Philippines to a federal form of government to be able to implement the CAB. However, doing so would require a constitutional amendment, something politicians and the public are historically not open to.

No matter who becomes the next president, at the very least, the 2014 peace agreement remains binding, which means the next administration must find a way to implement it. But the final version of the BBL should be acceptable to the people of Mindanao, who remain hopeful that delays will not lead to a return to hostilities.

Pauleen Gorospe is a PhD student in the Global Governance Program of the National Graduate Institute for Policy Studies in Tokyo. This article forms part of IAPS continuing coverage of the 2016 general election in the Philippines. Image credit: Wikipedia Commons.

Sources for Chinese Legal Reform
The rise of rule by fear