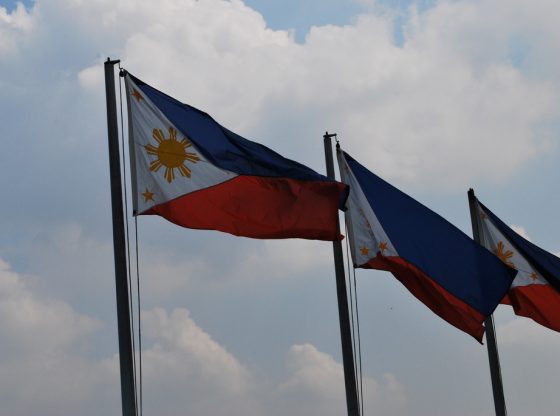 The 9th February 2016 marks the official start of 90-day campaign period for the Philippine presidential elections. Boisterous and even bordeline slanderous remarks are par for the course as with prior presidential races. Beyond the day-to-day flurry of campaigning lies potential turning points for the different internal conflicts raging across the Philippines.

Political cadres versus fighters: Communists at the crossroads?

The Philippines has played host to one of the longest-running insurgencies in the world—led by the Communist Party of the Philippines (CPP) and its armed wing, the New People’s Army (NPA). Figures from the Philippine military estimate that the NPA is down to 3900 armed fighters in 2016 far below its peak strength of around 26000 during the late President Corazon Aquino’s administration.

There are concerns however, that the upcoming elections may provide the NPA with fresh resources by extorting materiel and/or financing from prospective candidates. “Permit-to-campaign” fees for national-level officials are not known, but are estimated to be as high as 1.5 million PHP  (~22000GBP) for a provincial governor candidate. This does not include coercive solicitation for supplies “in kind” like medicines and ammunition. Funds acquired by local NPA units are funnelled to finance the candidacy of CPP front organisations and allied candidates.

This is where tension usually manifest between the fighters and political cadres. Fighters feel that the funds are better used to buy materiel for tactical offensives, stressing Maoist doctrine—of armed struggle having primacy over political work. Cadres on the other hand, downplay the risks posed to fighters in conducting extortion activities, and tend to be profligate spenders.

What sets aside the 2016 polls is the tacit acknowledgement of the CPP itself, of the bifurcation between cadres and fighters. Jose Maria Sison, founder of the CPP has come out to express support for the presidential candidacy of Senator Grace Poe and Davao City Mayor Rodrigo Duterte. Poe is currently endorsed by the “Makabayan” (Nationalist) bloc, composed of CPP-inspired party-list groups running for seats in the Philippine House of Representatives. Duterte, on the other hand, is known for his support for local NPA commands operating in Eastern Mindanao.

At the very least, the preference for Poe by the political cadres and Duterte by the fighters would fracture the much-vaunted bloc votes promised by the CPP-NPA. At worst, the behind-the-scenes rivalry between cadres and fighters may trigger another round of schism within the militant Left. The last time such a conflict erupted, in 1992, the CPP-NPA lost more than 60 percent of its strength.

The Bangsamoro in peril

As legislators take leave to plan their re-election campaigns, attaining qurorum—the minimum number of attending lawmakers, to revise and pass the BBL became elusive. Unfortunately, the presidential elections have only increased the lethargy of the peace process.

Only Mar Roxas, the Aquino Administration’s presidential candidate, expressed the need for urgency in passing the BBL. Rodrigo Duterte, who hails from Mindanao, was ambivalent to the BBL, preferring a more nebulous concept of “federalism” for the region. The other aspirants are even more confrontational with Poe and Senator Miriam Defensor-Santiago claiming that the BBL is “contradicting sovereignty” and a gateway to “secession”, respectively.

This setback to the peace process comes as a very inopportune time. There are concerns that disappointment over the non-passage of the BBL could re-ignite armed dissent against the Philippine government. Already, there are concerns that disillussioned Muslims may gravitate towards the extremist ideology of the Islamic State (IS). This fear is not without precedent as Muslim militant groups like the Abu Sayyaf Group (ASG) had previously pledged to IS, as early as 2014. While there are little indications that operational links exists between the IS “central” and its Filipino sympathisers, the potential for future joint attacks cannot be discounted.

Prospects for the new President

Challenging times face whoever emerges winner of the 2016 Philippine presidential elections. On the communist front, the tension between the fund-raising fighters and fund-spending cadres could lead to organisational fracture—providing an opportunity to end to communist insurgency either through a political settelement or a military campaign. But if the infusion of funds reinvigorates the CPP-NPA, the newly-elected Philippine President would have to brace the nation for a spike in communist-initiated tactical offensives.

In all scenarios, it is clear that the new Administration would have to be nimble enough to seize opportunities or avert violence. The noise and colour of the campaign period may be just a prelude to more tumultous times ahead.

Joseph Franco is an Associate Research Fellow with the Centre of Excellence for National Security   at the S. Rajaratnam School of International Studies, a constituent unit of Nanyang Technological University (Singapore). This article forms part of IAPS continuing coverage of the 2016 general election in the Philippines. Image credit: Wikipedia Commons.