Philippines 2016: Democracy for the Bobotante 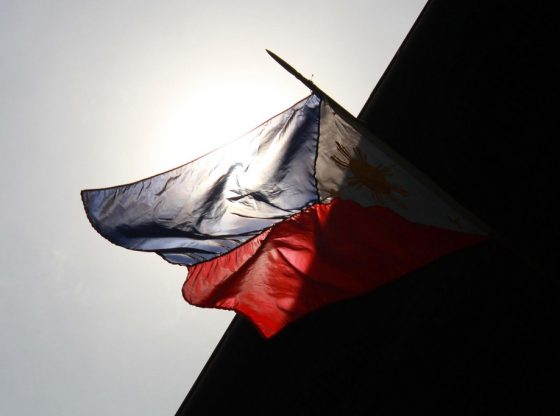 Spend just 30 minutes reading commentaries on Philippine presidential elections online, and there is a 99 percent chance that you will come across the word bobotante. You may guess that it is a derogatory term from the context in which it appears: we have four candidates and each have weaknesses: Mar Roxas, member of one of the country’s oldest dynasties; Jejomar Binay, the incumbent vice president being tried for graft and corruption; Rodrigo Duterte, an iron fist with a dirty tongue; and, Grace Poe, a novice facing disqualification due to her ‘dual’ citizenship. But what is spectacular about this election discourse is that we not only see commentaries lambasting the candidates but also their supporters in public space.Bobotante and its “derivatives” are the choice words to strike the ultimate affront to the other.

So what exactly is the bobotante, and why should we also pay attention to this figure aside from straightforward analyses of the presidential race? Understanding bobotante is the key to cracking the code of the Philippine’s problematic democracy. It captures the peculiar elitist mentality that permeates the Filipino electorate, rich or poor, privileged or underclass.

Bobotante is a colloquial term used to denote the “irrational” and “uneducated” voter. In Tagalog, bobo means fool, botante means voter. The appeal of such play with words has produced a host of insults during the presidential contest to put down supporters of the opposition: Dutertards (Duterte retards) for Duterte, Binayaran (paid) for Binay supporters and Marumi (dirty), connoting Roxas’ dirty politicking. They may be amusing as political marketing labels, but their popularity also betrays the ordinary Filipinos’ primary way to participate in politics generally controlled by the elites.

Needless to say, the phenomenon of the bobotante is not unique to the Philippines. The “irrational voter” has long bothered political scientists and economists worldwide because voting patterns do not neatly dovetail with rational choice every time. On the other hand, exclusion the “masses” is a familiar feature of Western political history that is characterized by social and class struggle against the elite establishment. But how does one explain a phenomenon in a country where elitism has also been considered as a malignant feature of its politics for so long?

The colonial history of the Philippines may point out its distinctive character. The Filipino mind was conditioned to believe that the educated and the wealthy own a privileged position in politics over the 400 years of Spanish (1564-1898) and American (1898-1946) colonial rule. Such belief set off an avalanche of colonial-driven elite mentalities across the country. The superfluous use of English over the native language Tagalog is one such legacy. Emulating the lifestyle of the wealthy and educated, and denigrating those who are not, are noticeable among the economic middle class. Political elites treat power inherited during the colonial period as a precious heirloom inaccessible to outsiders.

Accordingly, we find in the bobotante the perfect image of the colonial subject seen from the viewpoint of the colonizer: ignorant, docile and foolish, in the present electoral scheme. In other words, the elitism derived from colonialism gave birth to the mother of all insults: calling a fellow Filipino a bobotante.

Bobotante’s condescending undertones and the manner of its propagation point us to a sector of society engaged in “polemics”. Michel Foucault characterizes a polemicist as someone who enters a conversation armed with prepossessed privileges to fight for a cause, which he would not allow to be questioned. He describes the polemicist as a “parasitic figure on discussion”, for he forcefully diminishes the political space that relies on the principle of equality among un-equals.

Among the three models of polemicists Foucault enumerates, the proponents of thebobotante constitute the third, most powerful type: the political polemicist. This polemicist considers the other as “an enemy” who typifies an opposing interest. The “enemy” cannot advance further in the exchange – he must be defeated, forced to disappear or surrender. A polemicist attack against Duterte supporters last Decembergave rise  to the Dutertards. Racial slurs are also thrown to Binayarans for supporting the dark-skinned candidate! The discussion about political candidacy, therefore, ends before it even begins because of the polemicist’s ‘killer instinct’.

As polemicists legitimize their cause, the boobotante becomes their wand to cast an antidemocratic spell among the electorate. The effect is dangerous: the individual is stripped off of his power to become a participator in the political discussion. In the Philippines, where socio-economic conditions can already be a disadvantage to many, the polemicists will make sure that their opinion is also obscured. They have been tirelessly policing communicative spaces like the Internet for election “criminals”. In fact, several local blogs and Facebook pages are devoted to spotting the bobotante, with some audaciously claiming to be for the thinking class and nationalists. The result is by no means an agonistic democracy willing to include the adversary in the discussion. With aversion clogging the discourse, the Filipino electorate instead of being the beneficiary of elections, ironically becomes its main target.

The problem with the bobotante is that it is nebulous and an abusive label that could be attached to anyone who disagrees. Yet, the concept also signifies the uneducated poor who often cannot engage with the English-speaking, cyber-world of the polemicist. But these are the people who truly matter in an underdeveloped country like the Philippines where poverty alleviation is still a priority.  Their everyday powerlessness pumps theirpolitical efficacy to vote. Daily encounters with hunger and bad working conditions are their first-hand information, while the AM radio keeps them updated about current events. It is unimaginable to be ignorant of politics if you are poor in a country like the Philippines.

The bobotante recreates a colonial society that both blessed the privileged and produced individuals obsessed with status symbols. The concentration of power among the few—whether it is called oligarchy, cacique or bourgeois—still is a major obstacle to the political modernisation and economic growth of the country. Yet, by perpetuating the bobotante, the abuser aims at exclusion of and exclusion from anybody who hurts his self-proclaimed elitist sensibilities.  There is nothing virtuous about this kind of elitism, but it permeates Philippine politics only in a detrimental way.

Whoever the bobotante is, he is the constant reminder of the limits of the colonial elitist democratic model which secures only the privileged. He is necessary to preserve the notion that only a few are entitled to be politically relevant in society. My forecast? Whoever wins, the bobotante would be castigated, just like the supporters of incumbent President Benigno ‘Noynoy’ Aquino III, who are now called Noytards.

Carmina Yu Untalan is PhD student at Osaka University. Her research is on colonialism and democratization in U.S.-Japan and U.S.-Philippine relations. Image credit: CC by Ree Dexter.