Democratic Dysfunction in the Philippines: “Pateros ” as a Microcosm

Home /Asia/South East Asia/Philippines/Democratic Dysfunction in the Philippines: “Pateros ” as a Microcosm 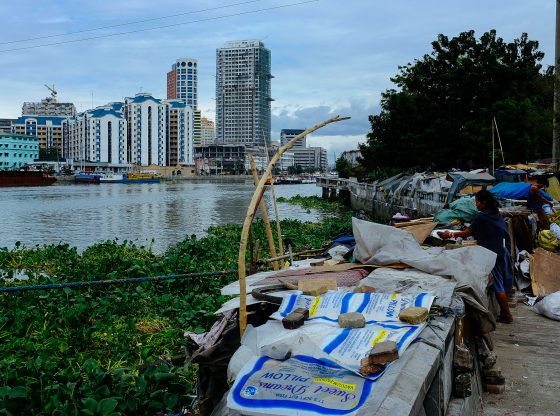 Democracy run by patriotic democrats empowers the masses whom they represent, and facilitates the attainment of genuine justice, freedom, peace and progress.  But kept in the hands of Kleptocrats, democracy becomes dysfunctional and pushes society into the depths of poverty, hunger and modern slavery. Social life becomes locked into systemic graft and corruption. This undermines both the polity and the integrity of human habitats and ecological systems.  The system of representative democracy is damaged and the system of statesmanship is killed literally.  In this dysfunctional democracy the government itself becomes the oppressor of the very people that it  should serve and govern.

After five centuries (1521-present), democratic institutions in the Philippines remain anti-poor and prioritise the political-economic interests of the elite.  This kind of failed democracy is primary fuelled by a lust for power and the avarice of a few influential families. Public funds are plundered and elites ring fence the franchising of economic and the natural resources (minerals, gas, forest and so forth) of the country. This type of democratic kleptocracy evolved and is successfully controlled by national elites, locally known as the “Illustrados” in Philippine History.  It  gestated during the Commonwealth Period (1930’s), Post-World War II Era (1950’s-1960’s) up to the present regimes of Marcos (1970’s to 1980’s), until the present so called  “Yellow Regimes” of powerful families from the Province of Tarlac. It could be observed that most of the richest families, with large tracts of lands that cover thousands of hectares, have close ties with Philippine Presidents either as family, friends or political allies.

Philippine bureaucracy has looted public funds by the billions of pesos from the coffers of a hundred million Filipinos who have no food to eat, no house to secure their families and no dignity to speak about.  Some have left their families behind to work abroad in alien cultures where they become victims of human trafficking, illicit drug mules and the domestic help of their employers in richer societies.  We call them the Overseas Filipino Workers (OFWs).  Those who cannot leave the Philippines due to a lack of education and/or credit instead, choose to become the “slaves” of the modern day Philippines where robbers prosper under the guise of democracy and whose survival depends on how efficiently they rape the sanctity of the ballot box. The Marcos regime borrowed a total of $28B and was able to construct a total of 80% of the primary infrastructure highways in the Philippine Islands. The succeeding ‘yellow’ regime of four presidencies borrowed a total of $200B but was only able to construct a total of only 20% of the national infrastructure.

Due to its former beauty with its rolling hills, vast green meadows and big trees, Pateros became the namesake of Pateros Washington D.C. The name was adopted by an American General, Charles Nosler, who had visited the Philippines.  The American Pateros looks exactly the same as the Philippine Pateros did in the past.  Today five of  the rivers in the original Pateros are literally dead and the rolling hills have been lost to urban sprawl where the C-5 national highway was constructed along the periphery of the tall commercial buildings and condominiums of the City of Fort Bonifacio. The rivers, which once supplied the town with a ready supply of duck eggs to manufacture the famous balut/embryo egg, have been reduced to a dirty canal. Native fish that once thrived in the Pateros River  are now extinct. (Please refer to above GPS of Pateros River to show how much of the river systems have been lost to Urbanization).

A Peoples’ Organization, Pateros River Basin Organization (PATRIBORG) was established in 2008 to address this problem. Board Members came from the Local Government, the Catholic Parish Organization, Peoples’ Organizations and representatives from the Academe.  This organization was given an award by the United Nations due to its initiative. Today, this local initiative was literally coerced by the local Mayor after the release of a river fund totalling P3M from the Trust Fund of the Municipality.  PATRIBORG had formally filed a case against him in the OMBUDSMAN Office of the Republic of the Philippines.  Today, this case is literally lost   to the system of graft and corruption.

The Mayor of Pateros from (2007- 2016) at first earned the mandate of the people during the election of 2007.  But the election to his last term of office last 2013 was mired by allegations of electoral corruption.  His political opponents should have won by (2,000) votes which was officially announced by the National Media the night before.  But early next morning, the Commission on Election Officer of the town formally announced that the Mayor had won again.  This resulted in a massive show of disgust  by the whole town because of the clearly rigged results of the election.  Investigations have shown that the election returns were never signed by the Election Watchdog of the Catholic Church, also called Parish Council for Responsible Voting (PPCRV).  The incumbent Mayor was declared winner by the Officer of the Commission on Election. Doubts were cast over the legitimacy of the result but the Mayor was duly returned to office. The will of the people was lost to oblivion and many more electoral results may be distorted due to this woeful political situation where violence and graft hold more sway than the ballots of the people who should govern the system of democracy in the first place.

Ernie R. Gonzales is a Professor at the University of the Philippines-Manila. This article forms part of IAPS continuing coverage of the 2016 general election in the Philippines. Image credit: CC by Marcin Gabruk/Flickr.