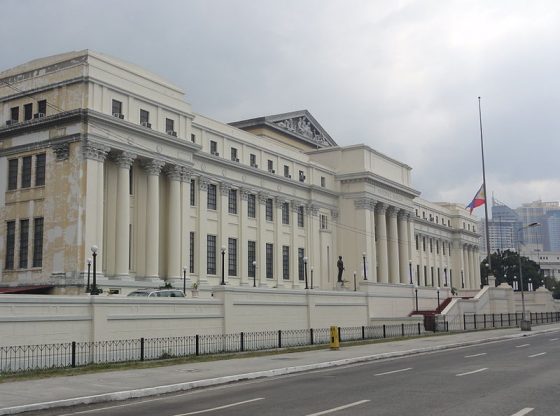 Written by Aries A. Arugay.

The Aquino Administration would like to believe that it has made strides in improving transparency and accountability. While there is empirical support for this, corruption is not the only gripping problem of Philippine democracy. There is also a need to improve government responsiveness, political inclusion, and popular participation. There is reason to believe that current political leadership has not paid attention to these dimensions of democracy. With this in mind, the 2016 elections should be an opportunity for the new administration to explore instituting political reforms by amending the 1987 Constitution.

Existing assessments of Philippine democracy reveal a current state of stagnation. Democratization, a process that was rebooted in 1986, seemed to be trapped in suspended animation. One study attributed this to the inability of the democratic regime to integrate different groups within society to the electoral process as well as policy-making. The long-list of identified challenges relate to dynastic politics, costly elections, clientelism, weak political parties, and the absence of meaningful public participation. The deficits, if not addressed, could worsen into a full-blown crisis of representation as seen in other countries, some of which descended into a downward spiral of polarization and instability.

Many of the progressive provisions of the 1987 Constitution, a document that will turn 30 years old next year, remain only on paper. Bills related to the prohibition of political dynasties, freedom of information, campaign finance, popular initiative, and local sectoral representation languished in Congress that only wanted to tinker with the charter if it will lift their term limits, or remove the protectionist provisions in the country’s economy. Some presidents have pushed for a shift to a parliamentary system.  As the constitution that was borne out of a brutal and corrupt dictatorship, it is particularly interesting that oligarchic interests predominate in charter change debates, rather than a desire for popular empowerment and political institutionalization. Unsurprisingly, such moves in the past were met with opposition from civil society and the public at large. Even the BS Aquino Administration entertained the idea but quickly backtracked given overwhelming negative public opinion.

If the next administration is sincere in implementing political reforms, amending the 1987 Constitution should figure prominently in the 2016 Presidential Elections. So far, only one candidate has espoused a grand redesign of the political system by advocating for federalism. Other candidates have hinted to an openness to changing the charter’s economic provisions.

But what is to be done to remove the scourge on charter change. The answer could be in framing it toward institutional and electoral reform aimed at improving political representation.

In the institutional design scholarly literature, political scientists believe that changing rules and institution alter the incentives of politicians and the public in their electoral choices. However, political culture, historical legacies, and other factors, can muddle the pure effects of institutional change as well as generate unintended consequences. It is therefore important to adopt reforms that are calibrated in nature rather than seek grand redesign of the political system without regard to contextual conditions.

What are some institutions and rules that could be subject to constitutional change?

The proposals in this five institutions are only some of the possible reforms to improve the quality of democratic representation in the Philippines. Extensive research and debate is necessary to fully appreciate the consequences and limitations of these proposals.

However, a critical caveat is in order. The chosen means of changing the 1987 Constitution is of pivotal importance. Any attempt for members of Congress to lead this initiative will sow doubt and be deprived of public legitimacy. It is time for the country to have a genuinely popular, inclusive, and meaningful process of constitutional change as seen in several Latin American countries. An elected constitutional convention that ensures representation from different regions as well as under-represented sectors of society will allow ordinary Filipinos to own the process and therefore the outcome. To quote one ex-civil society leader, “We must take away reform from those who needs to be reformed”.

The 2016 presidential elections is a great opportunity to pressure politicians to make a stand on the need for political reforms to make Philippine democracy representative but also to pave the way for ordinary Filipinos to be part of this process. After all, what other great presidential legacy could there be than to have a genuine people’s constitution enacted during one’s term.

Aries A. Arugay is an Associate Professor at the University of the Philippines-Diliman. Image credit: Wikipedia Commons.