From disdain to greater interests: China and the rest of the world.

Home /China, Culture and Society, Economy, International Relations/From disdain to greater interests: China and the rest of the world. 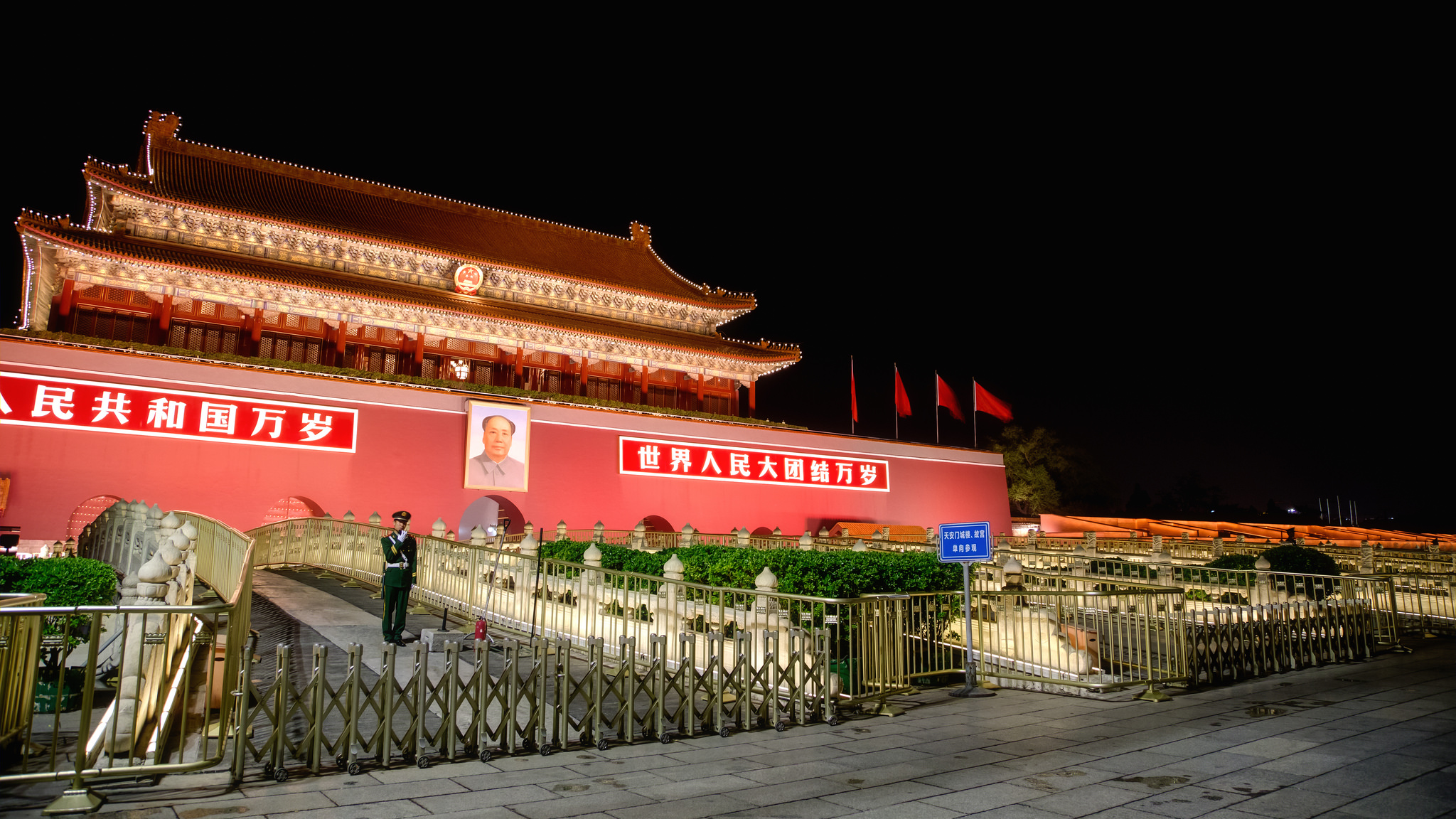 China is at the heart of the world economy. China’s economy has never been more strongly connected to the global economy than today. Increasingly, China’s economic success or downturn has impact on the global economy. China’s impact on the current crisis of the global commodity market and the recent turmoil in the Chinese stock market and the consequences for different economies are examples in this regard.

For 35 years, the world has showed strong interest in China due to its openness and economic transformation. Slowly China has catered for and gradually adjusted to foreign investors (multinational companies as well as individual entrepreneurs) seeking opportunities to set up businesses across various sectors of the Chinese economy. In the meantime, beyond the Chinese companies’ and individual entrepreneurs’ self-interest to venture abroad, policies fuelled by China’s overseas investments as well as global economic objectives were also developed to drive Chinese companies to overseas markets.

China catering for the world

To establish foreign companies in China, policies (i.e. tax incentives until at least few years ago and collaboration with a Chinese business partner) were put in place to enable foreign investors and entrepreneurs to set up their businesses in China. In the banking sector for instance, services and facilities have been made available for foreign companies and entrepreneurs’ international transactions.

The growing business environment facilitated by a number of reforms in China’s economic shift from the late 1970s saw a massive relocation of foreign businesses paving their way into the Chinese market. China has therefore catered for the rest of the world which showed interests in the Chinese economy. Big Asian, North American and European multinational corporations entered the Chinese market, dominated their sector of investments and even changed the way the Chinese consumers respond to advertisement and marketing campaigns. But even though a huge number of Chinese customers are fond of foreign labelled brands (though most of the European, American or Asian labelled products are made in China), most of the foreign companies which set up businesses in China ended up adjusting to the needs of the complex Chinese consumer culture and society due to the diversity of Chinese consumers and the Chinese consumer behaviour across the country’s provinces. Even though some observers might argue that foreign companies adjust to the needs of local markets, that is not always the case and in the Chinese business environment, the life expectancy of foreign companies strongly relies on their adjustment to local needs if one considers the complexity of doing business in China for foreign corporations.

The interesting shift is: while China opened up to the world 35 years ago and put in place policies to facilitate foreign investments and trade, today the world opens up to China and the Chinese population.

The world catering for China and the Chinese

The Chinese state interests in investing and trading both regionally and globally come along with interests from the Chinese entrepreneurs to explore opportunities elsewhere through state as well as individual projects. More and more Chinese businesses are set up around the world and most of the time employees in those businesses are Chinese.

As for education, more and more Chinese students, particularly from wealthy families aim at enrolling in renowned universities around the world. Therefore, it is impossible to ignore the growing numbers and the presence of Chinese students on Australian and North American campuses which remain their favourite destinations for education. A few years ago, the US Embassy in Beijing pledged to increase the number of study visas for Chinese students going to American universities. Most of the renowned universities in Europe, North America and Australia have offices or representative agencies in China in order to market and sell their programmes (from language training, preparatory degrees to specific majors and degrees) to Chinese students who wish to study in those regions and some of these universities also established campuses in China.

The services sector including banking and tourism is another sector where there is a shift to accommodate Chinese clients and tourists.

As for the banking sector, services are offered to deal with Chinese clients with a wide range of facilities (i.e. to settle bank transactions in Yuan, Union Pay services available in stores; etc.). In addition, Chinese banks mainly the Bank of China, China Construction Bank, the Industrial and Commercial Bank of China have set up offices in Australia, Europe, Africa, Canada, United States and contributed to assisting Chinese investments and citizens with business and personal banking solutions while overseas. Some of the local banks in those regions have also opened up a ‘China Desk’ to deal with Chinese private or state investments, private entrepreneurs and individual customers. More often, they hire people with abilities in China’s financial system, investments sector, business environment and Mandarin. Moreover, foreign banks are training their staff on China’s economy, business landscape, business culture and language. For those who might argue that any of this is China specific, I ask them why other languages (Spanish, Portuguese or Hindi for instance) are not used at foreign airports, hotels and banks to cater for Spanish, Portuguese or Indian populations. The reality is it is impossible to ignore a sizeable market like China for trade, business and investments.

In Canada, there is a growing interest in all sectors of activities to learn more about China and Chinese as the country heavily invests in Canada. Chinese private entrepreneurs have set up companies in Canada, as there are generations and generations of Chinese immigrants and a huge population of Chinese students who need services from those companies. Chinese students’ enrolment to Canadian universities is part of the Canadian provincial as well as federal governments’ strategic plan for their relationship with China.

For the tourism sector, China’s outbound tourism contributes much to foreign tourism industry including its sub-sectors: travel services, touring companies, hostelry and catering. Since there were facilities (issuance of passports and travel documents, visa services and policies regarding Approved Destination Status for official destinations for Chinese tourists) to enable Chinese to travel outside of China’s borders, Chinese tourists are curious about discovering the world and constitute the world’s largest outbound tourism market. According to China’s National Tourism Administration, in 2013, 98.19 million Chinese travelled abroad. More and more, airport services, air companies, travel agencies, hotels cater for Chinese customers’ needs during their overseas trips and stays. In airports in Canada, United States, Europe, Australia and of course Asia, announcements are made in Mandarin or Cantonese and some airlines have made Customs Declaration Cards/Forms in Mandarin for Chinese passengers who don’t understand other languages.

Hotels also do the same with their services. They offer Mandarin services to their Chinese clients; at reception desk and for in-room services. Besides, there are Chinese investments in the hotel and tourism industries overseas. One of the recent cases in this regard is the investment by Fosun International to acquire 98 per cent of the French holiday group Club Méditerranée commonly known as Club Med finalised in January 2015 after years of negotiations and a fierce competition with an Italian investor. According to the Financial Times (12 September 2014), Fosun International’s officials already announced that they will keep Club Med’s roots and headquarters in Paris and would seek to win market share in mature territories but also accelerate Club Med’s growth in emerging economies such as China, Russia and Brazil. Such buyouts and takeovers of foreign owned businesses by Chinese investors occur in the leisure and tourism sector as well as in the wine industry in France, Australia, South Africa and Canada among other countries; of course not to forget the traditional sectors of interests to the Chinese entrepreneurs. Such strategies contribute to developing Chinese ownership in overseas markets.

Does this quick and current shift to cater for China and the needs and interests of the Chinese people in various sectors mean: “China is buying up the world” as highlighted on the front page of The Economist, 13-19 November 2010 or is it a myth as Peter Nolan pointed out in his 2012 book Is China buying the world?

Dr. Daouda Cissé works for the China Institute at the University of Alberta. Prior to joining the University of Alberta, Dr. Cissé was at the Centre for Chinese Studies, Stellenbosch University South Africa between 2011-2014. His work focuses on China, Africa-China and now Canada-China relations and particularly looks at China’s domestic as well as overseas trade and investments. This piece originally appeared here. Image credit: CC by zoonyzoozoodazoo/Flickr.