Ethnicity and the Chinese Internet: Escape from Reality?

Home /Technology/Internet/Ethnicity and the Chinese Internet: Escape from Reality? 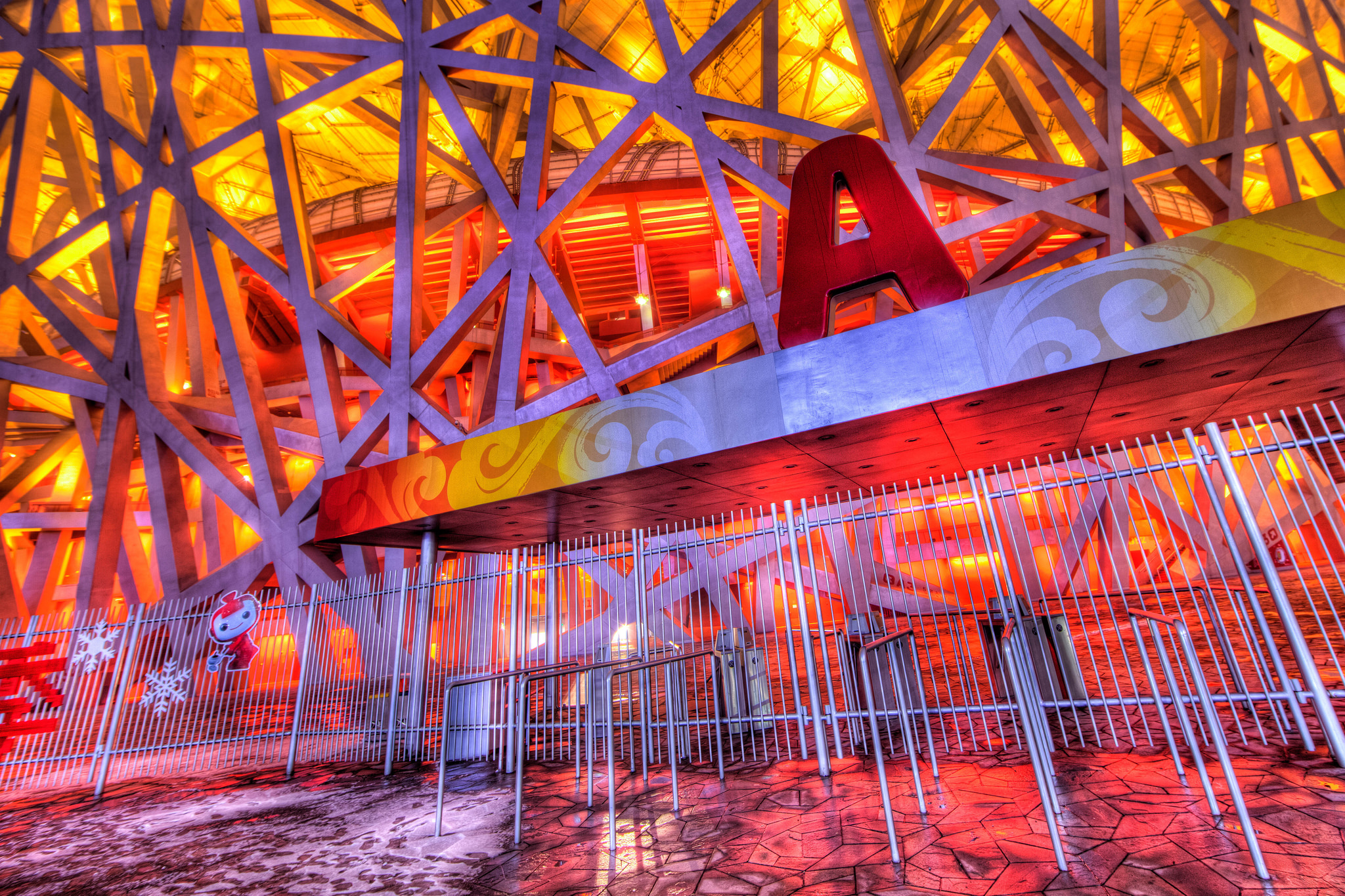 Has the Internet changed what it means to be Chinese in the twenty-first century? It has certainly opened up new possibilities for performing ‘Chinese-ness’ and other forms of social/cultural identities inside the People’s Republic of China (PRC) and across the globe. Yet are the spatial flows and transnational reach of the Sinophone Internet capable of detaching the Chinese ethnonym from its place-based toponym?

In imperial China—like premodern empires elsewhere—space and identity were far more fluid than today. A distinct (albeit fuzzy) sense of ‘Chinese-ness’ existed for centuries; yet its boundaries were culturally dynamic and situationally contingent, determined by culture (Confucian civility versus incivility) and ecology (sedentary lifestyle versus pastoral nomadism) rather than any modern sense of ethnicity, nationality or territoriality, where boundaries are presumed fixed and unchanging.

Similarly, the boundaries of membership alternated between two extremes: an inclusive and largely descriptive identity based on cultural distance, and an exclusive and ascriptive identity based on physical/ecological differences. Prior to its ossification, the Chinese community had a number of different ethnonyms and toponyms, perhaps the two most important being the ‘Han or Xia people’ (汉, 夏, 华, or 华夏) and the ‘Central or Effervescent States’ (中国 or 中华).

The modern nation-state system, in contrast, is premised on a new geographic logic, one that seeks to delineate clear boundaries between peoples and their places. Modernity is marked by spatio-temporal fixation: the bordering and filling-in of maps; delineating and reordering of national history; and the classification of ethnic groups. Today, the Chinese state remains obsessed with upholding its territorial sovereignty, despite the ways in which its current ‘reform and opening up’ agenda undermines aspects of its jurisdictional and economic sovereignty.

The legitimacy of the ruling Chinese Communist Party now rests on promoting ‘Chinese interests’ against both new and old foreign enemies. As such, it seeks to redraw the moral and temporal boundaries, recasting all those inside the collective national/spatial Self as part of a single, unified yet multi-ethnic ‘Chinese nation/race’ (中华民族). This not only creates new room for former class enemies and ‘Han traitors’ (汉奸) such as Zuo Zongtang and Zeng Guofan, but also fundamentally alters the way in which the non-Han are discussed in Chinese history.

As Nimrod Baranovitch has demonstrated, the entire discourse of ethnicity has undergone a thorough and systematic reform in post-Mao history textbooks. During the Republican and early PRC periods, non-Han peoples were routinely referred to as ‘foreign people’ (异族 or 外族) and their incursions into Chinese space and history were rendered as cruel, blood-soaked invasions that left a trail of graphic destruction among the Han. Gradually, beginning during the late 1950s, but not completed until the 1990s, this Han-centric narrative of ‘inter-ethnic struggle’ (民族间的斗争) and ‘invasion of foreign people’ (外族的侵入) was replaced with a more inclusive historiography, one that centres on the natural and harmonious ‘ethnic fusion’ (民族融合) of the various nationalities of China, with the conquest dynasties now rendered as examples of ‘national unification’ (统一国家) or the ‘peaceful unification into a single family’ (和同为一家). Baranovitch argues that this new historiography is a ‘powerful one’, which ultimately helps to shore up China’s political-territorial unity in an era of rising ethnic nationalism.

Enter the Internet: Identity Formation in the Cyber Age

This view, however, fails to anticipate the way the Internet – and the diverse, filtered information it unleashes – creates powerful new tools for ethnic nationalists to not only resist this historicised multiculturalism, but also fashion their own alternative historiographies and geographies. The revolution in communication technologies greatly complicates the ‘official nationalism’ of empires-cum-nation-states, as famously discussed by Benedict Anderson in Imagined Communities.

The Internet and other technologies such as smart phones and microblogs render community building more efficient and potentially effective, with ‘ridiculously easy group formation’ one of the defining attributes of these new communication tools according to Clay Shirky. These devices enable spontaneous, bottom–up forms of nationalism, which, channelled in the right direction, can shore up state legitimacy, such as the way Chinese youth rallied around their nation’s flag in the lead-up to the Beijing Olympics.

Yet, at the same time, these platforms and their geographies can also empower a variety of actors and identity positions, some of which have the potential to challenge state orthodoxy, and its cultural and political boundaries. The twentieth-century has witnessed both the revival of Circassian irredentist nationalism in the Caucasus and transnational jihadist groups like ‘Islamic State’.

The Internet not only allows displaced nations to communicate and mobilise in new ways across spatio-temporal boundaries, it also enables new avenues for contesting national history. As Evgeny Morozov notes, once marginalised ethnic minorities can now draw on disparate and obscure historical materials to challenge orthodox narratives of national becoming once they become digitalised and searchable online. There are numerous examples of the Uyghur and Tibetan exile communities—not to mention smaller minorities such as the Mongols and the Manchus—using new communication technologies to challenge historical and geographical norms.

Take for example the individuals behind the ‘Manchukuo Temporary Government’ (满洲国临时政府) and its website. Established in Hong Kong in 2004, the group claims hundreds of active supporters with branch offices in Japan, Taiwan, America, Brazil, Italy, and Taiwan. Through its web portal, members promote Manchu identity and culture while advocating the resurrection of Manchukuo independence and the de-territorialisation of the PRC via the political independence of Taiwan, Tibet and East Turkistan.

Here individuals from across the globe can read potted versions of Manchu history in five different languages (Chinese, Japanese, English, Portuguese and Italian), donate money through PayPal, sign an online petition for UN membership, and apply for free citizenship (which includes a 16-page passport for an additional US$7). Seeking to re-territoralise this now cyber-toponym, the group offers a highly selective account of Manchurian history—one short on Japanese hegemony and thick on anti-communist vitriol—with one of its US-based ‘cabinet members’ even suggesting that ‘the Manchu people are part of the Ten Lost Tribes of Israel’, which ‘means that the Manchus have an assurance from God that their future will be a bright and glorious one. That assurance has more power than China or any nation can ever muster.’

But majority and minority communities alike can employ online activism. Over the last decade, several thousand netizens have employed the Sinophone Internet to call for a revival of Han culture, identity and power. The movement began with online discussions about Chinese material culture following the 2001 APEC Leaders’ Summit in Shanghai, where world leaders donned colourful button-up tunics. Despite official claims that these outfits were Tang-style clothing, a group of netizens argued they were remnants of Manchu clothing that did not reflect genuine Han clothing.

This movement gained momentum in the lead-up to the Beijing Olympics, when over 100 scholars from Beijing University and other leading academic institutions signed an unsuccessful petition for the adoption of ‘Han clothing’ (汉服) for all Han athletes during the opening and closing ceremonies. The movement, however, remains a ‘broad church’, with some supporters using the category of Han to explicitly question the CCP’s multi-ethnic mosaic, while others are more interested in cosplay and the revival of traditional Chinese culture.

These activists are as diverse spatially as they are professionally: they range from middle-aged entrepreneurs and former state officials in PRC cities such as Shanghai and Zhengzhou to international students in countries as far apart as Canada and Australia. The Internet allows them to gather online to discuss, debate and promote Han identity. But they are actually embedded in specific places and social contexts, and the diversity of this ‘space of places’ has led to intensive factionalism and infighting. Those based inside the PRC are frequently hassled by the Internet police, and after authorities shut down the group’s main websites following the 5 July 2009 inter-ethnic riots in Ürümqi, they decided to move their servers to Hong Kong.

In sum, the complex geographies of the Internet both enable and hinder the spread of alternative ways of ‘being Chinese’ and performing one’s identity. Websites can bring together scattered communities of like-minded individuals across territorial boundaries while the Internet’s ability to archive, locate and filter information allows for the construction of alternative ethnic and national imaginaries. Ultimately, however, these interests groups are held captive by the numerous gates and walls that comprise the physical spaces of the Internet, and the state’s ability to censor, shut down or even detain those who threaten its stability and territorial integrity. The Internet certainly creates new spaces and methods for all sort of innovative identity play across the Chinese speaking public. Yet, inside the PRC, one’s ‘ethnicity’ (民族) is clearly marked on all identification papers and one unambiguously carries Chinese ‘nationality’ (国籍) when travelling internationally with a PRC passport.

James Leibold is an Associate Professor in the Department of Politics and Philosophy at La Trobe University in Melbourne, Australia. This article has been adapted from his recently published article, “Han cybernationalism and state territorialization in the People’s Republic of China,” China Information 30.1 (2016): 3-28. CC by Shawn Clover/Flickr