China’s rise and ASEAN: A complex and evolving landscape 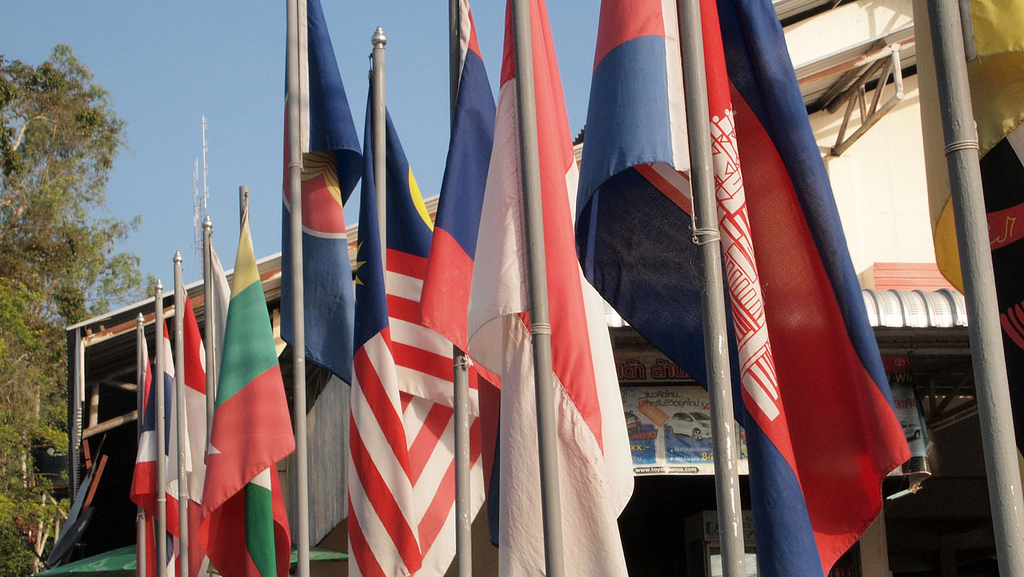 It is often said that as a new power rises it becomes more assertive and uses its increasing capabilities to expand its influence and even its territory abroad. Europe’s long history of expansionism, as well as the United States’ colonisation of much of North America, lends support to these claims. Some also see this in China’s modern day rise, for example in its intensified activities in Africa; the establishment of the Shanghai Cooperation Organization to enhance its presence in Central Asia; its widespread investments in Europe, Latin America and elsewhere; and in its evolving relations with the Association of South East Asian Nations (ASEAN).

Recent developments in South East Asia offer some support to this thesis, most notably Beijing’s island-building programme in the South China Sea despite regional protestation, and its role in 2012 in preventing ASEAN from issuing an annual summit statement due to concerns that it would be critical of Chinese actions. As a result, it has been tempting to expect ASEAN’s ten member states to either further consolidate themselves and ‘balance’ against China’s increasing influence (in conjunction with the United States) or ‘bandwagon’ with China by acquiescing to its dominance and authority.

As Evelyn Goh observes, however, neither of these predicted outcomes has occurred. Instead, ASEAN has embarked on a strategy of ‘omni-enmeshment’ by encouraging China (along with the United States and other countries) to integrate into a political-economic-security system which they will then have an interest in protecting. This strategy has arguably worked well so far, and is reflective of a relationship which is more complex than it first appears.

To begin with, the issue of China is a relatively new feature of interest in the US and wider West – arguably first emerging to fill the void left by the collapsed Soviet Union in the early-mid 1990s – giving it a certain ‘shock factor’. In contrast, China has always been a conspicuous element of Asian politics. Even when it represented the so-called ‘sick man of Asia’ during the 1950s/1960s, it loomed large in the landscape and affected regional dynamics. China’s territorial claims in the South China Sea, for example, predate today’s ruling communist regime, with its ‘nine-dash line’ having been drawn on the map by the Western-backed Kuomintang party in 1947.

Also important to consider is the diversity of regime types across South East Asia. ASEAN members include two communist states (Vietnam and Laos); two states under complete—if temporary (Thailand)—or partial (Burma) military rule; and one absolute monarchy (Brunei). A number of its remaining democracies are negatively described as ‘illiberal’ – such as in Singapore and Malaysia. Unsurprisingly then, some of the most vocal Western criticisms of China in regards to its restrictions on democracy and personal freedoms emerge far less frequently there than in the West.

Indeed, in the broad sweep of (especially post-Cold War) history, China’s rise has corresponded with its relations with ASEAN becoming more cooperative than conflictual. In 1991 they began the process of establishing formal dialogue relations and in 1996 China became a full dialogue partner with ASEAN. They entered a Strategic Partnership in 2003 and in 2010 established a joint free trade area. In 2012 China sent its first resident ambassador to ASEAN. Moreover, after the Asian economic crash of 1997 China did much to help ASEAN members recover quickly while the IMF was heavily criticised, and each has opted to join Beijing’s Asian Infrastructure Investment Bank, the first annual meeting of which will be held in June this year.

At the same time, however, a broad division exists between ASEAN’s maritime states – which are more likely to be cautious of China in large measure due to the territorial disputes in the South China Sea – and its continental states which tend to share closer ties with Beijing. And this can be where the very notion of ‘China-ASEAN relations’ begins to look problematic, since the Philippines and Vietnam in particular share much less amicable relations with China than do Thailand, Cambodia, Burma and others.

The reasons why this is the case are numerable, but it must be remembered that the most fundamental motivating drive behind Chinese politics and foreign policy is the desire of the Chinese Communist Party (CCP) to ensure its continual survival. In the decades since the communist revolution of 1949, the CCP secured its legitimacy first through the defeat and rebuttal of external enemies (principally Cold War Japan and the United States), and then through alleviating poverty and raising the living standards of hundreds of millions of its people.

With no revolutionary war to fight and with economic growth slowing dramatically from its peak in 2007, the CCP is now increasingly appealing to nationalist sentiment to reinforce its legitimacy. Indeed, China’s slowdown might turn out to be as consequential to Asia and the rest of the global political-economy as has been its meteoric rise. Beijing’s current assertions of its ‘rightful’ claims to the South China Sea through the construction of new islands there are a key element of President Xi Jinping’s more hard-line approach to regional affairs, which plays to the powerful desires of Chinese citizens for their country to be respected abroad and for its sovereignty—so often compromised in the past—to be defended.

To date, ASEAN has succeeded in presenting a relatively unified front on China. However, fault lines are evident and the United States’ ‘pivot’ or ‘rebalance’ to the region has the potential to widen them further by encouraging some members to side with Washington. Some evidence of this emerged in May 2016 when Obama visited Vietnam and ended a three-decade-long arms embargo on Hanoi, contributing to the ‘normalisation’ of both countries’ relationship. An ASEAN divided between the US and China could mean that minor but existing cracks weaken the institution from within, and exacerbate the Chinese belief that it is being contained by the US with the help of its own neighbours.

China’s rise over the past four decades, then, has done much to shape its relationships with the neighbouring states of ASEAN, but it is one important factor among many. China’s presence within the international politics of South East Asia is becoming increasingly heavy, but the nature of that presence remains fundamentally shaped by the legacies of history, the domestic politics of both China and ASEAN members, and the continuing (indeed, now intensifying) regional presence of the United States.

The general trend of rising China’s relations with the ten members of ASEAN has, in the grand scheme of things and though punctured by tensions and hostility, been one of increasing interdependence and cooperation. As China’s economy continues to slow Beijing might decide that ASEAN is too important a partner to risk alienating further, especially with the US rebalance gathering pace. For the CCP this will mean a difficult balance between sustaining the image of a China which finally commands respect as a truly global power, and working to compromise with its neighbours on some of the issues most sensitive to the Chinese nationalism it helped foment in the first place.

The notorious Qiaobi: behind the scenes of an “ad controversy” foretold?
The Digital Humanities as an Emerging Field in China