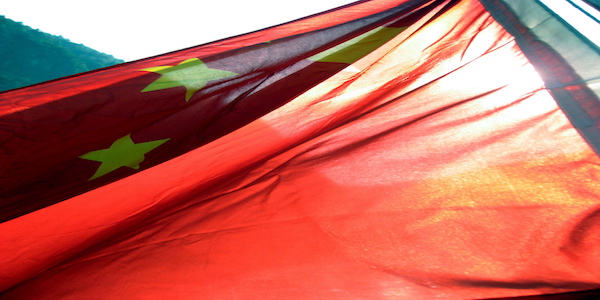 Think tanks are defined as non-state actors. As such they are usually independent of states, generally classified as advocacy-led, policy research organizations committed to research, analysis and, ultimately, political advisory. Such a view has started to be questioned in recent years, following the exponential growth of a think tank’ ‘industry’ outside of the traditional circles. As a consequence, scholars and policy analysts begin to redirect their attention towards think tanks established in other regions of the world, prime among which, is East Asia.

China’s think tank sector has attracted growing attention in the last few years, especially following the increasing focus on the sector by the Xi Jinping administration since 2012. In the early 1980s, policy research organizations started to play a prominent role in the decision-making process, even though the first research institutes were only created in the early 1960s. Indeed, some important research centers were established already in the Maoist period, such as the Institute of World Economy of the Chinese Academy of Sciences, but the role of think tanks at the time was far less significant from today, with consultations between experts and leaders rarely taking place, and only under special circumstances. From the mid-1980s onward, thanks to the period of ‘reform and opening up’ inaugurated by Deng Xiaoping in 1978, think tanks in China began to proliferate.

According to the ‘Go-Global Think Tanks Index’ released by the Think Tanks and Civil Society Programme at the University of Pennsylvania, in 2015 China had the second largest number of think tanks (435) worldwide, second only to the United States (1835). And yet, in the Top Think Tanks Worldwide (Non-US) category, only six research organizations were mentioned: the Chinese Institute of Contemporary International Relations (CICIR), the Chinese Academy of Social Sciences (CASS), the China Institute of International Studies (CIIS), the Development Research Center of the State Council (DRC), the Shanghai Institute of International Studies (SIIS), and the Chaoyang Institute for Financial Studies (RDCY), placed respectively 16th, 27th, 34th, 65th, 68th and 92nd in the think tanks ranking. Therefore, one might ask, what’s wrong with think tanks in China

Clarification is needed about the classification of Chinese think tanks

In China, think tanks are classified in a different manner to the West. For instance, the ‘Go-Global Think Tanks Index’ divides think tanks into various different categories: independent, quasi-independent, government affiliated, quasi-governmental, university affiliated, political party affiliated and for profit institutes. In the case of China, for a long time, the approach to classifying think tanks was to divide them on the basis of their legal registration or affiliation unit. For this reason, the most orthodox classification distinguishes between government-led (or official) institutes, semi-governmental and civilian think tanks. However, to better understand their roles, functions and even more, the many differences at stake between Chinese and Western think tanks, it is fundamental to comprehend how they are classified according to Chinese sources. An example is provided by the report published in January 2015 by the Shanghai Academy of Social Sciences about the current situation of the think tanks sector in China (2014年中国智库报告).

The report classifies think tanks according to two main criteria: influence (影响力yingxiangli) and area of specialization (专业zhuanye). Based on the first criteria, the report identifies four types of think tanks in China: Party-state and military think tanks (党政军智库dangzhen jun zhiku); CASS (Chinese Academy of Social Science) institutes -in the various Chinese provinces (地方社科院智库difang shekeyuan zhiku); University-based think tanks (高校智库gaoxiaozhiku); and civilian or non-governmental think tanks (民间智库minjian zhiku). As for the specialization field, the report pinpoints six policy areas: Economics, Politics, Culture and Society, Comprehensive Reforms and International Relations (the latter with a focus on great power politics and China’s neighbouring countries). According to the report, roughly 41% of policy research organizations in China would be Party-state and military think tanks, 22% CASS institutes and the remaining 37% are considered to be civilian or non-governmental think tanks. While Chinese think tanks are often criticised because of their lack of ‘intellectual independence’ from ruling elites, they are considered by many in China as fundamental actors (providing information to political elites; consulting activities) in the decision-making process, in particular, vis-à-vis China’s national policies’ implementation, as well as for international issues of paramount importance to the Chinese Communist Party (CCP).

With Xi Jinping assuming office in 2012 the attention towards think tanks and policy experts in Beijing has gradually intensified. The crucial moment occurred during the 18th Party Congress of the CCP held in November 2012, when the plan to build think tanks ‘with Chinese characteristics’ was announced as to become part of China’s national strategy (国家战略guojia zhanlue). In April 2013, Xi Jinping announced the goal to build think tanks with Chinese characteristics and called for national media to pay attention to writing reports and comments about the plan. One year later, in July 2014, Xi Jinping delivered a speech at the Experts Economic Forum (经济形势专家座谈会jingji xingshi zhuanjia zuotanhui), affirming the role of experts as fundamental to Chinese (economic) development, improving China’s national governance, its soft power and specifically to guarantee and maintain the interests of the Party. In this sense, think tanks function as ‘strategic actors’ entrenched within the most restricted circles of Chinese politics. However, for the same reason, they are also performing and refining their advisory and consulting activities vis-à-vis decision-making in China. As such, we must presume that in the course of their development, think tanks have also been able to set up their own ‘influential niche’ inside China’s complex and multi-level political system.

Following the release by the CCP General Office and State Council General Office Opinions’ statement on Strengthening the Construction of New Types of Think Tanks with Chinese Characteristics, on January 1st 2015, criticism emerged in the West about Xi’s proposal to reform the sector. For instance, Huang and Economy’s comments on the plan leaves no room for discussion about the restrictions that could be applied in the future: either Chinese scholars will be incentivized to think ‘independently’, or, Xi’s ambition to become a world-class competitor of think tanks and intellectuals will never be realized. The real challenge ahead is how the Chinese intelligentsia will be able to find the right balance between the growing interests of the ruling elites with the urgency to provide them with unbiased knowledge about China and the world’s most pressing challenges.

Dr. Silvia Menegazzi is a Postdoctoral Research Fellow at the Department of Political Science at LUISS Guido Carli University and author at Cinaforum.net. She specializes in China’s Foreign Policy. Her current research focuses on think tanks and decision-making processes in contemporary China and China-EU relations. She can be contacted at smenegazzi@luiss.it. Image credit: CC by Kyle Taylor/Flickr