Trends in Courtship, Marriage and Sex in Southwest China 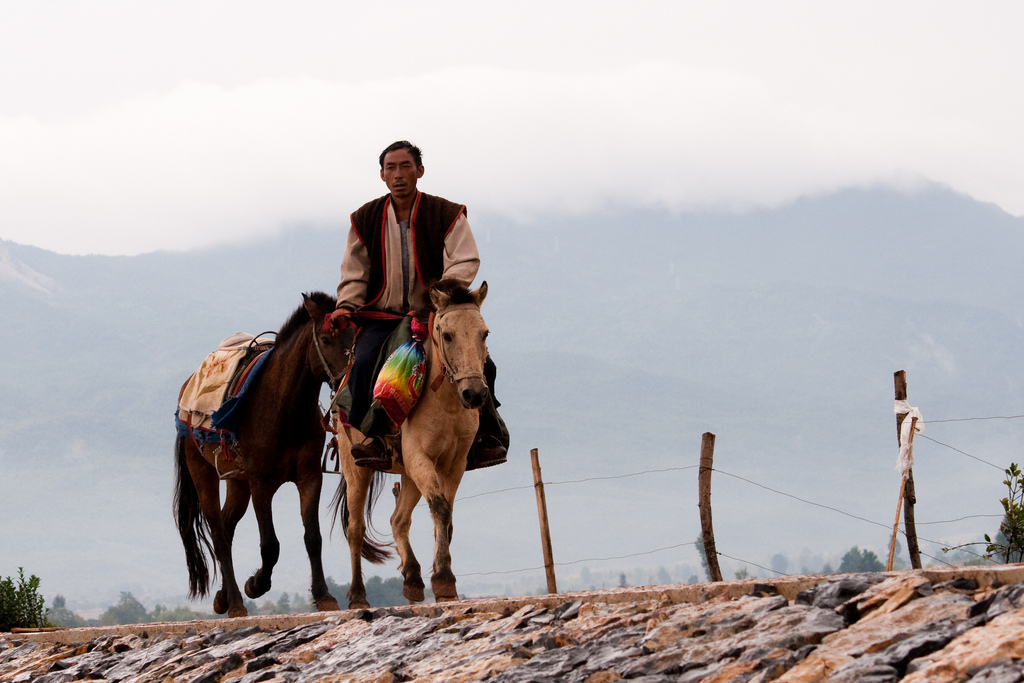 The People’s Republic of China is not only the world’s most populous country, but also one of its most ethnically and culturally diverse. The Chinese government officially recognises fifty-six different ‘nationalities’ (minzu 民族). The Han make up ninety-two percent, while the remaining eight percent are composed of fifty-five ‘minority nationalities’ (shaoshu minzu 少数民族). Many of these ethnic group classifications are relatively recent demarcations and quite a few of these ‘nationalities’ in themselves contain an incredible amount of cultural, social and linguistic diversity.

Yunnan Province in the south-western corner of China is home to twenty-five ‘minority nationalities’, more than any other Chinese region. As a landlocked peripheral province, Yunnan also harbours an incredibly rich biodiversity. This cultural heritage and biodiversity is recognised by no fewer than four UNESCO World Heritage sites. Unfortunately Yunnan – a grand experiment in human social relations – remains little known outside of China.

For thousands of years, as the Han dynastic state gradually expanded south- and westward, the peoples of Yunnan developed unique cultural practices suitable to their lifestyles and belief systems. Whereas the Han Chinese culture produced a severe patriarchy in which women were clearly subordinate to men, the peoples of the mountains engaged in social relationships in which women had much more freedom to choose partners and express their identity. Most famous are the Mosuo (mosuoren 摩梭人) of Lugu Lake, bordering Sichuan and only a stone’s throw from Tibet. The Mosuo are described as living in a matrilineal society. Each family has a matriarch who oversees the labour and lives of her children. Women and men do not marry. Instead, adult women take their chosen male partners into their bedrooms at night. The male partner leaves at the crack of dawn to return to his maternal home and get ready for the day’s work with his maternal family. This form of relationship is known as ‘walking marriage’ (zouhun 走婚).

There are many other ‘minority nationalities’ in Yunnan that have such distinct customs: Tibetans in north-western Yunnan and neighbouring Tibet sometimes practice polyandry in which a number of brothers take a common wife. Amongst the Ha’ni, in regions bordering Laos and Vietnam, it is common practice for young adults to take ‘lovers’ up until the time they ‘marry’ a previously arranged partner. In some cases, the lovers can continue to meet up until the birth of the first child from the ‘formal’ marriage. In some places, villagers build special ‘courtship houses’ where couples can meet in privacy. While chastity and virginity are virtues to some communities – and especially in Confucianism – in these instances, young adults who have not engaged in such courtship customs and sexual relations could be looked upon as ‘immature’.

Many of these customs run contrary to the spirit of the Chinese Marriage Law – and some that involve multiple wives and husbands clearly break it. And, perhaps more importantly, such customs offend mainstream Han Chinese morality. Nonetheless, in attempts to keep the peace and avoid ‘Han chauvinism’ (dahanzuzhuyi 大汉族主义), the government did not intervene most of the time. At the height of the Maoist period, however, a kind of puritanical violence was inflicted on some groups such as the Mosuo, who were forced to enter monogamous married relationships. After the Maoist period had ended, many people reverted to their traditional customs.

However, it is the economic development and social-cultural transformation which has occurred in China since the 1980s that is now bringing about new changes. The biggest force working to change social relations is ‘modernisation with Han characteristics’. On the Eastern Seaboard, one of the most powerful forces of cultural change can be broadly described as ‘globalisation’ in which ‘Western values and lifestyles’ are influencing Han Chinese culture (much to the annoyance of the party-state). But in mountainous western China, the forces of change from ‘outside’ are described not as ‘globalisation’ but rather as ‘Hanisation’ (汉化). This implies not only an adoption of modern forms of Han Chinese dress, architecture, and language, but also of cultural practices such as those relating to marriage and family. Of course the spread and influence of Han Chinese culture – the culture of the ‘central plains’ – already has a long history in Yunnan where, after hundreds of years of migration and settlement, the Han now make up the majority of the population.

Furthermore, as villages, town and cities urbanise, and as people move for work, study and lifestyle, they no longer exist in the small tight-knit communities and remote rural environments that can support these traditional practices. As one Mosuo scholar humorously put it to me, it’s not very practical for a Mosuo man to climb up to a seventh story apartment window. In the contemporary period, the emergence of modern forms of mobility, communication, lifestyles and values, has worked to accelerate the process of transformation. The isolated mountain community that provided the conditions of existence for different forms of social relations no longer exists, at least not in the way it did even just two decades ago.

Tourism should be singled out here us a particularly powerful force causing changes in identity and practice. It is now one of the most important industries in Yunnan with tens of millions of visitors each year. This also creates tensions, since Han Chinese tourists come to Yunnan expecting to see their preconceptions of ‘promiscuous’ mountain people played out in the ‘tourismscape’.

The other major force we should consider is religion. It should be noted that Yunnan is home to large Muslim communities in the form of the Hui people. In addition to Islam, some mountain communities of ‘minority nationalities’ converted to Christianity under the influence of Western missionaries. Buddhism in various forms – Tibetan, Mahayana and Theravada – is also well established, especially among the Han, Dai and Bai. Brought together, religious attitudes towards the status of women and sexual behaviour found in these more mainstream religions have undoubtedly had an impact on social relations over time.

This essay does not have the space necessary to address in detail the subject at hand and has necessarily deployed simplifications and generalisations to make a point – namely, that when we think of China, we should begin to consider its cultural diversity. And that when we reflect on the development of our contemporary societies in terms of social relationships, we should also consider the repository of human experience that lies in the mountains and valleys of Yunnan.

Gary Sigley is Associate Professor in Asian Studies at the University of Western Australia. Image Credit: CC by Tom Thai/flickr

Attitudes to sex and hook-up culture in China
Radio Silence in the Taiwan Strait? Think Again