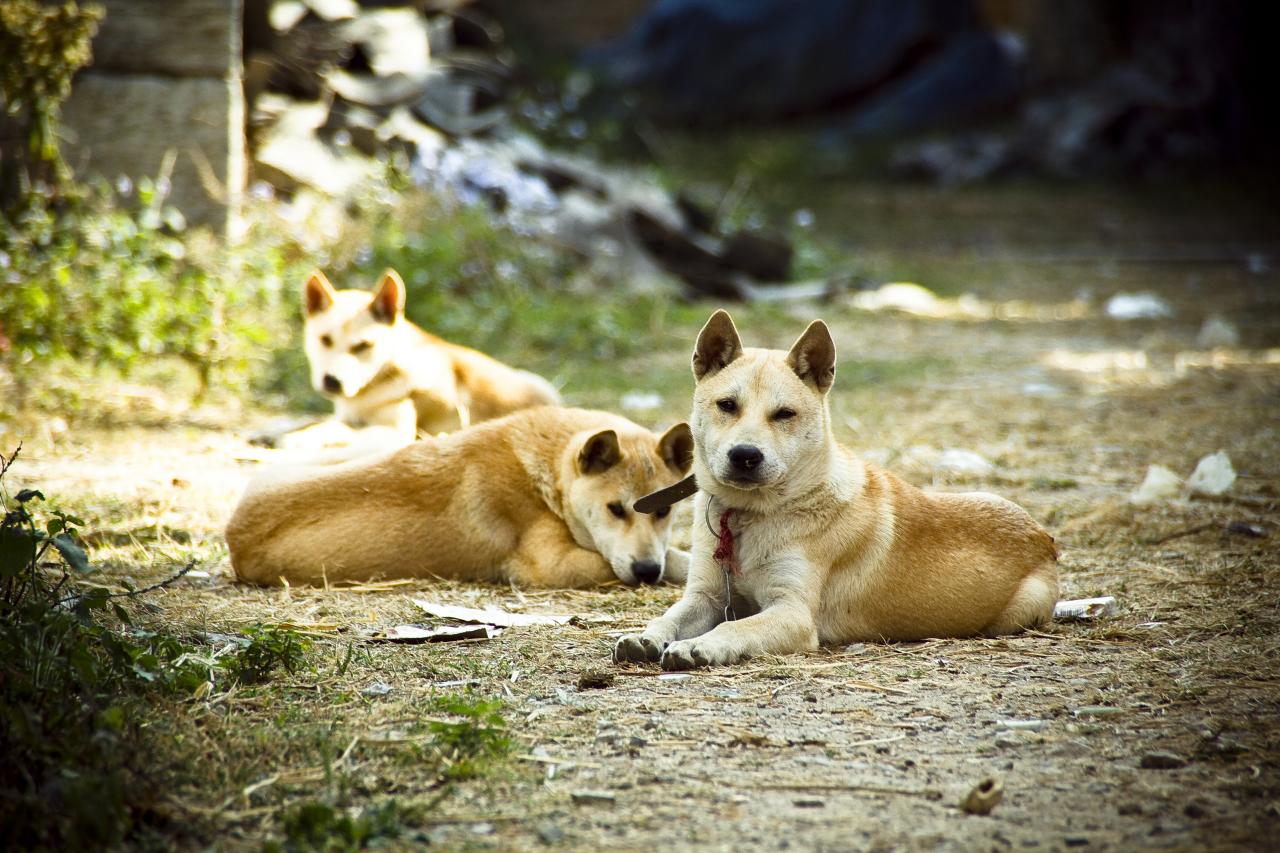 In a satirical novel by Christopher Buckley called They Eat Puppies, Don’t They?, a lobbyist seeking to stir up anti-China sentiments in Washington declares in a column for the conservative National Review that “there are one point three billion reasons to be afraid—very afraid—of China today.” After enumerating China’s many “offenses,” she adds: “and if that’s not enough to keep you awake at night, let’s not forget—they eat puppies, don’t they?”

Apparently, over the past month at least, the last offense has been keeping a group of Hollywood celebrities awake at night. On June 21, summer solstice, the annual Yulin Lychee and Dog Meat Festival (玉林荔枝狗肉节) in Guangxi Province took place as planned. A video jointly released by Matt Damon, Rooney Mara, Joaquin Phoenix, Maggie Q, and others in protest of the festival flashes disturbing images of dogs in cages, on chopping blocks, and on meat hooks, intercut with the mournful faces of the actors pleading for the barbarous practice to stop.

Perhaps due to its rough coincidence with the Orlando massacre and the Brexit referendum, not to mention the election year circus in the U.S., the Yulin story did not gain the same traction as it did last year when the festival was first widely reported in international media. Then, in the midst of global outrage, Peter Li of the University of Houston (also a consultant for Humane Society International) reminded us in a NYT interview that the number of dogs consumed annually in China was miniscule compared with the 48 million cattle and 716 million pigs chowed down by Chinese consumers, though on a per capita basis these numbers are dwarfed by those in the U.S. The veritable holocaust of animal lives that goes on non-stop worldwide has drawn fire from animal rights activists in the West for decades. Yet in this case, moral opprobrium is reserved for the killing and eating of a relatively small number of dogs. What gives? Anthropologists have long maintained that food is more than sustenance and nutrition. Across cultures and societies, people use food to communicate meaning and value, that is, to define group identity, mark class distinction, and signal moral conviction. They do so through allegiance to culinary traditions, dietary taboos, and consumer choice. Moreover, our food habits are informed by cultural logics, so that what is deemed edible and inedible is not always justifiable in terms of nutritional, ecological, or economic advantages.

The cultural logic that informs the typical American diet, Marshall Sahlins tells us, is the taboo against cannibalism. Consider the scale of edibility of cattle, pigs, horses, and dogs: it’s not hard to see that degrees of edibility correspond inversely to degrees of domestication, or proximity to humans. In other words, the closer a creature is to us, the less edible it becomes. Americans’ ambivalence toward eating horses is particularly telling: horses are a cross between friends and servants, whose edibility falls in a grey zone and is not as unthinkable as that of Fido and Fluffy—who are practically family.

The traditional Chinese diet, however, tracks a very different logic: the logic of the supplement 补. In this tradition, food is indistinguishable from medicine in that a diversity of substances are needed to replenish the body and help it balance between yin and yang, hot and cold. The rule of thumb is “eating what’s deficient, weak, or diseased in you” (吃啥补啥). One of the most arresting sights in a traditional medicine shop (for a first-time visitor at any rate) is the glass jars of pickled animal penises intended for men with erectile dysfunction. This belief in sympathetic magic is coupled with a belief in the potency of exotic foods, a combination with grave consequences for certain animal species and the environment in the age of rapid urbanization and global commerce. Loving something to death has become all too literal when it comes to the Chinese craving for 山珍海味: flora and fauna from geographically distant, hazardous places (bird’s nests, shark fins, rhinoceros horns, tiger bones) or things that defy common categories (pangolin, ginseng, caterpillar fungus). Robert Weller informs us that these exotic comestibles are believed to have far greater “supplementary” powers than ordinary foodstuff. The point is that aversion or abhorrence toward eating certain animals has more to do with culture than with whether it is inherently more abominable to eat one species or another. In the Anthropocene, however, it may be beside the point to fuss over the moral merits of dog stew versus rib eye steak. We know that the livestock sector accounts for 15% of global greenhouse gas emissions. Our food preferences are no longer merely a matter of culture or tradition, for we are literally holding the planet’s future on our chopsticks and forks and knives.

Karl Gerth has written about the ecological and political ramifications of the rising purchasing power of the Chinese consumer. Indeed, with over 50% of the population living in urban centers since 2011 and striving to achieve “moderate prosperity” (小康), appetites for luxury commodities have not only enriched the Euro-American designer goods industry, but also hastened deforestation in Southeast Asia and spurred the poaching of endangered species in Asia and Africa. Within China, livestock factory farms, bear and tiger farms, zoos and wildlife parks, and pet breeding grounds and markets have mushroomed.

In the meantime, tales of cruelty and abuse have periodically cropped up in a mediasphere that is generally mum about malpractices that have public health implications. The state has found itself caught between a rock and a hard place: On the one hand, having staked its legitimacy on its role as the driver of the Chinese economy and guardian of Chinese culture, it is compelled to defend native crafts and alimentary practices that utilize animal parts (such as ivory carving). This is why it has refused to ban ivory importation outright. On the other hand, it has set ambitious goals of boosting China’s soft power in a world that harps constantly on human rights and increasingly on animal rights/welfare.

Not surprisingly, both the central and local governments have distanced themselves from the Yulin Festival, claiming it to be a “folk custom” sponsored by civil groups. In point of fact, the festival got its start only in 2010 with indispensible local government backing. After the negative publicity of last June, dogs are no longer slaughtered in the open and “canine meat” has disappeared from restaurant signage. Yet the fact that the festival was permitted to go forward this year in the teeth of vehement protests indicates the state’s delicate position on a matter that touches the pocket, the stomach, as well as face. It is a quintessential case of what Michael Hertzfeld calls “cultural intimacy.”

For centuries dog meat has been consumed in parts of China for its protein and its putative ability to fight “heat,” long before petkeeping becomes de rigeur for urban residents and long before diet and sustainability are inexorably yoked together. But it has never been a staple meat for most Chinese people. Even today with an aggressive market economy ready to fill and bloat any consumer niche, dog meat is still an uncommon ingredient on the average dinner plate. Yet in Yulin, local residents and gourmets from around the country are said to dine on illegally farmed dogs, stolen pets, and strays that are transported in appalling, unsanitary conditions and brutally slaughtered. Dog dealers and butchers are reported to extort large sums from volunteer rescuers (mostly affiliated with domestic and foreign NGO’s) who have converged there risking harassment and threats of harm.

This is not a fight between tradition and modernity, or between China and the West. It is rather a case of divergent foodways being brought to a head by the marriage of consumer capitalism and identity politics. In the end everyone is worse off in some ways: the profiteers, the patrons, the rescuers, and most of all, the poor dogs. Chinese paw-litics is not for the faint of heart.