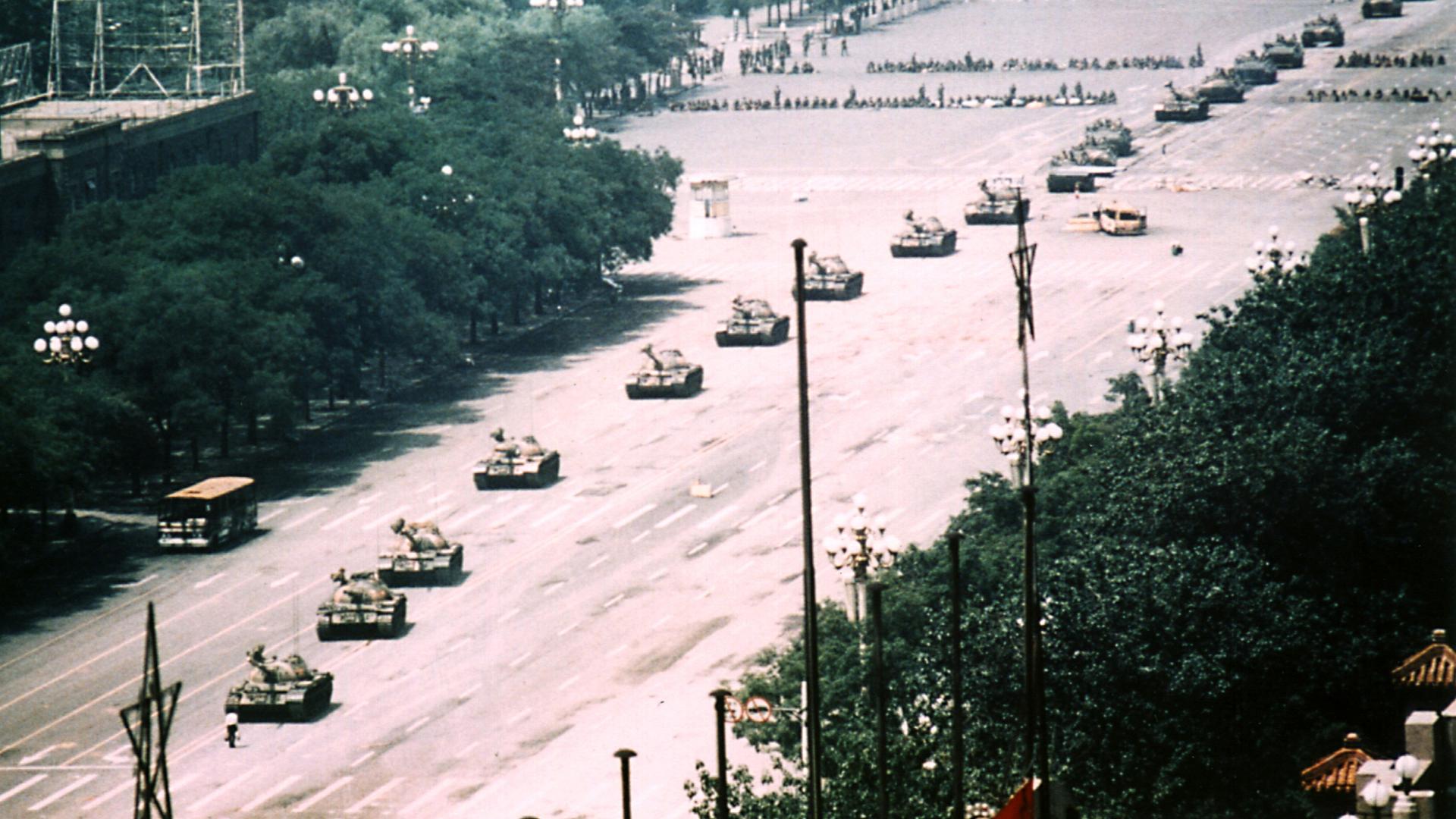 The anniversary of 1989’s June 4 Massacre provides its annual reminder of a basic fact about contemporary China: the country’s leaders remain determined to control the flow of information about sensitive subjects. Each year, American and European newspapers republish the iconic “tank man” image and run stories that tell of Chinese soldiers killing large numbers of people in central Beijing. Each year, Hong Kong gatherings honor the memory of the students, workers, and bystanders slain near Tiananmen Square. And each year, on the mainland, the anniversary is dutifully ignored. Newspapers treat June 4 as an ordinary day. The tank man does not appear on the web or on television screens. There are no public commemorations—and sometimes plans even for small-scale, private ceremonies trigger arrests.

This contrast—particularly stark when major anniversaries such as the twenty-fifth, two years ago, arrive—is important, for reasons that Louisa Lim made abundantly clear in her powerful 2014 book The People’s Republic of Amnesia. But this should not lead us to assume that blocking and enforced amnesia are Beijing’s only approaches to hot-button topics. As recent events have shown, there is more to the story of control than efforts to impose forgetfulness. The state and those supporting it also turn to strategies designed to steer discussion of touchy subject into particular channels and to distraction attention away from taboo topics.

Indeed, a far more nuanced effort to shape historical memory than is seen each June 4 was on display with the arrival on May 16 of the fiftieth anniversary of the start of the Cultural Revolution. We did not see a repetition of the June 4 pattern; mainland media mentioned the date’s relevance, albeit waiting until late in the day to do so and referring to what had happened five decades before in a very particular way. The date got more muted attention inside of China than in the West, but it was not shrouded in complete silence, and this matters, since continual references to 1989 and the Cultural Revolution both being “taboo topics” can mislead those with only a casual interest in China to assume that the subjects are treated in the same way.

What the authorities try to do with the Cultural Revolution is not to blot out all memory of the event, which is often referred to in official sources as “ten years of chaos,” but rather to discourage close scrutiny of what happened and who was to blame. There is neither a ban on mentioning any specific date related to the Cultural Revolution nor an attempt to sweep the Chinese web clean of a particular iconic image. And while novelists know better than to bring the protests at Tiananmen Square or the June 4 massacre into books they hope to see published on the mainland, there are works of fiction readily available in Beijing bookstores that discuss issues like the Red Guard persecution of intellectuals. The Three Body Problem, a bestselling work of science fiction, is one high-profile example.

The authorities make it clear, though, that there are no-go zones, especially when it comes to spreading blame for the persecutions and violence of the time. The Party likes historical episodes to resemble black-and-white struggles between heroes and villains, with the latter role played in this case by the Gang of Four and to a certain extent an aged and misled Mao Zedong. A full accounting of the Cultural Revolution would be one in which blame for many incidents would need to be apportioned to individuals who were victims and then later perpetrators, or perpetrators and then later victims, as well as to some people who now hold positions of power or are related to those who do. As a result, moving toward a full reckoning with the past is verboten; partial memory rather than amnesia remains the order of the day.

Just as the May 16 anniversary was approaching, social scientists Gary King, Jennifer Pan, and Margaret Roberts, leading trackers of Chinese censorship and social media trends, released a striking new working paper that further highlights the need to think of more than just forced forgetting. The authors argue, based on sophisticated statistical analysis of material in a massive cache of leaked emails, that it is misleading to think of the typical online posts of members of the so-called “50-cent party” (a term for those the government pays to support its mission online through website comments and social media posts) as statements that denounce figures and countries or refute arguments that the authorities dislike. Often what 50-centers do to earn their pay, the scholars claim, is simply put up “cheerleading” posts that praise the government, or ones that try in other ways to divert attention away from online discussions that the government dislikes.

King, Pan, and Roberts are not directly concerned with history. Their findings, nevertheless, seem relevant to sensitive historical anniversaries by reminding us to need to keep in mind the way that strategies of distraction can complement strategies of restriction and censorship.

For example, when dates such as May 16 and June 4 arrive, as foreign media highlights dark themes from China’s recent past, the social media sites and official publications alike contain a great deal of cheerleading content. On the fiftieth anniversary of the Cultural Revolution’s start, for example, before People’s Daily readers in Beijing got to an editorial about 1966, which placed the blame for the year’s violence on a “counterrevolution clique” that took advantage of mistaken policy moves, they encountered articles on the first three pages about much sunnier subjects.

In addition, moving to a topic that is not addressed by King, Pan, and Roberts but also fits in with a focus on distraction, whether or not it is the time of an anniversary, mainland newspapers and television networks can be counted on to do something that increases the odds that when people in China focus on the traumas of the past, they will look back to years other than 1966 and 1989. Namely, they present stories and images that bring up China’s sufferings during the 1937–45 war with Japan.

These relentless reminders of old battles with Japanese invaders, conveyed via news stories and the war films that seem to be on an endless loop on some mainland television stations, might seem unrelated to the June 4 massacre. In a conversation-shifting way, though, they encourage people to assume that, if one is in a mood to ruminate on dark times gone by, one should look much further back than the time in 1989 when Deng Xiaoping and his colleagues gave orders that led the People’s Liberation Army, celebrated for battling invaders, to move into Beijing like an invading force and fire on the people.

Jeffrey Wasserstrom, Professor of History at the University of California, Irvine, is editor of The Oxford Illustrated History of Modern China, which will be published in the U.K. this month and in the United States in August. This article was first published on Dissent Magazine and can be found here.