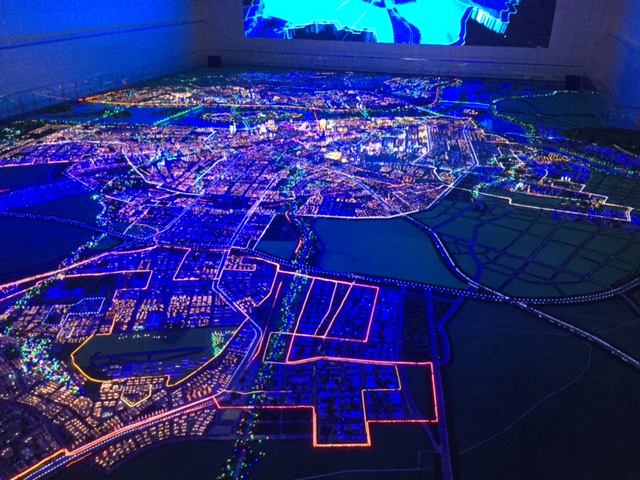 Chinese urbanization has been intensely scrutinized over the past two decades by researchers and policymakers across the world. But most of this scrutiny has focused on a handful of China’s “global cities” and the spectacular mega-events they have hosted. Less well-known is the changing urban space, everyday life, and policy responses in second or third-tier cities, especially in the provinces that economically lag behind the coastal regions.

Harbin, in the post-industrial northeast, is one such “ordinary” city that slips beneath the radar for most academics and policymakers. A few historical accounts have covered Harbin in the pre-1949 era, but almost no scholarship has examined the city’s post-industrial remake, particularly in regards to the changes that have taken place over the past two decades. Unlike Beijing and Shanghai, China’s global cities of opulence, Harbin and other northeastern Chinese cities have never been hot spots that attract global investment or strategic policy interventions from the central government.

On the contrary, since the late 1990s, these cities have suffered massive layoffs, high unemployment, and rising poverty—all while the rest of the country has leaped forward (Figure 1 & 2). At a recent conference on China’s shrinking cities held at Sun Yat-Sen University, the northeast region tops the chart in the number of “shrinking cities”—places experiencing population decline, and a rarity in China’s urban age. Figure 2. Inside the factory workshop

In the last decade, Harbin’s municipal government has turned to cultural policy in an attempt to remake the city into a tourist destination. But unlike Beijing or Shanghai, which are magnets for creative talent, ordinary cities such as Harbin face an exodus of talent. The best and brightest students from the city’s elite high schools leave the region to attend universities elsewhere, and few return after graduation. The local government therefore finds itself in an awkward situation. On one hand, it aspires to refashion the city into a cultural capital, tapping into the city’s rich metropolitan past of Russian, Japanese, and Korean influences. On the other hand, it struggles to draw upon declining human capital to make things happen.

Against such a backdrop, Harbin’s local government has initiated a number of ambitious cultural policies to revitalize the city in an explicit top-down manner, mimicking place-making ideas launched in first-tier cities. Three approaches stand out: the historical preservation of old neighborhoods; architectural acupuncture with newly commissioned megaprojects; and the selective reimagining of city life from its 1920s heyday. But without a steady pool of middle-class consumers and disconnected from working-class needs, the post-makeover city teeters awkwardly, yearning to become the cosmopolitan mini-Shanghai that lies beyond its reach.

In June 2016, neighborhoods in the old Daowai district were counting their final days before demolition (Figure 3 & 4). The area dates back to the 1920s, when it was a lively commercial district dotted with many small shops owned by Chinese and Russian merchants. Most buildings sport an eclectic style of Baroque and Chinese features. The facades of two-story brick buildings are elaborately decorated, concealing inner courtyards filled with storage space constructed by residents over the years. Most residents have departed, replaced by migrant recyclers who scramble and scrounge for whatever valuables might be left behind. Government banners rustle in the wind, advising readers that only four days remain for homeowners to sign agreements to vacate their homes in exchange for a free apartment in a high-rise complex, or a lump sum with which to buy a place on their own (Figure 5). Figure 4. A “historic architecture” plate on a building in Daowai district What will happen after the last residents leave? What kind of “preservation” will be carried out? One need not wander too far to glimpse the future. Just a few blocks away a newly “preserved” pedestrian street unfurls, lined with restaurants and souvenir shops, and minus the customers. It is a mimicry of Xintiandi—Shanghai’s flagship historic preservation project from the early 2000s—but Harbin’s version is poorer. Its “preserved” buildings look generically fake, without any trace of a recognizable past.

Most of Harbin’s built-up area is south of the Songhua River, but over the past decade, the city has been developing a massive newtown on the north side of the river in the hopes of replicating the success of Pudong. The city government took the lead and relocated its headquarters across the river, and some middle-class homebuyers have followed suit and snatched up apartments. But with the city’s endemic traffic congestion, most residents view a move across the river with wariness. Only three bridges precariously connect the newtown to the city.

To bring in some cultural capital, the city commissioned a number of flagship projects by the charismatic “starchitect” Ma Yansong. Ma worked with the late Zaha Hadid early in his career, and he has won numerous design competitions both in China and abroad. He was handpicked by the city government to design Harbin Grand Theatre and a cultural complex on prime land in the newtown (Figure 6). But without an orchestra and regular programming, the cavernous performance halls of Harbin Grand Theatre remain empty on most days. Its most popular feature among the locals is a fountain in the central square, where a light-and-sound show is performed on summer nights. On a weekday afternoon in June 2016, I walked into the sparkling new Harbin Urban Planning Exhibit Hall with two local colleagues. Like most other Chinese cities, Harbin boasts of its urban ambitions via a gigantic urban planning exhibition hall. The building has five floors, complete with pictures, maps, and interactive screens that narrate the city’s grand past and even brighter urban future (Figure 7). We were the only visitors in the entire building. A guide urged us to watch a 15-minute short film that showcased the city’s cosmopolitan past, its rich architectural heritage, and its key foreign influences. Like most books about Harbin, the film highlights the 1920s and 1930s, and doesn’t feature even a single Chinese person. There is no subtlety in the type of cultural residue the city wants to use for branding purposes, but one can’t help being struck by the gap between the idealized Western city represented in the exhibition hall and the very Chinese city that exists just beyond the building’s walls (Figure 8). The Tale of Harbin

The tale of Harbin is a story of how a local government selectively uses cultural residue for branding, and similar stories are played out in many second-tier cities across the country. Lacking a pool of creative talent, the local government lays out cultural policy through top-down programs that aim to make Harbin a destination for domestic tourists. This official program of culture-led revitalization glosses over the city’s rich industrial heritage in the socialist decades. In relation, most factories—after laying-off workers—have sold off their land holdings to developers, and the former industrial sites have been replaced by high-rise residential towers (Figure 9). What emerges from these top-down cultural policies and break-neck real estate speculation is another sanitized and generic Chinese city. It is a lost opportunity for planners and residents. In second-tier cities where land prices are not skyrocketing, there is plenty of space for innovative policy and design ideas to make a livable and diverse city. One can only hope that cultural policies in Harbin can soon go beyond top-down programs, and that the local government will let residents have a say in how to remake their city.

Xi’s Anti-corruption campaign: Echoes from the past
Up to the mountains, down to the countryside