Up to the mountains, down to the countryside

Home /Asia/East Asia/China/Up to the mountains, down to the countryside 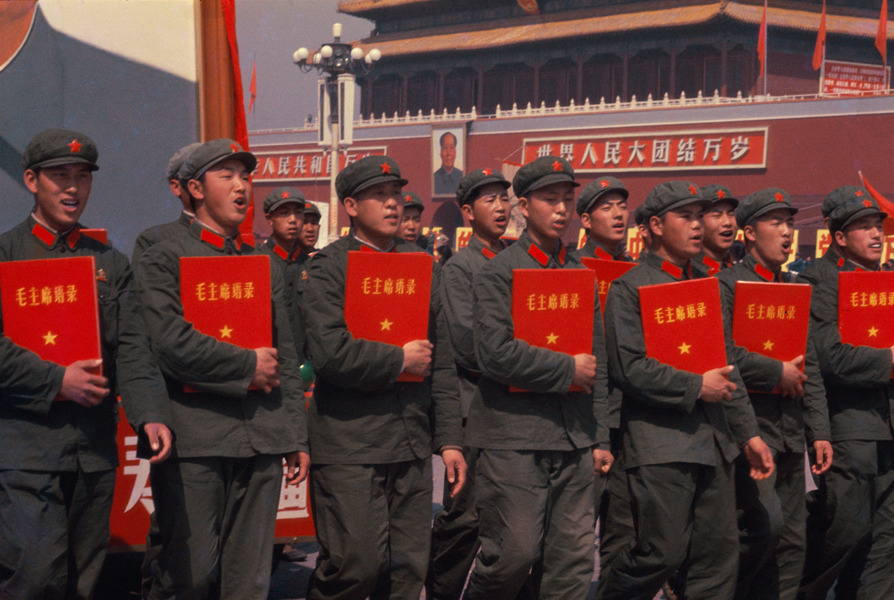 Following Mao Zedong’s criticism against revisionists, the Cultural Revolution broke out in 1967. His discursive legitimisation of violence empowered a self-initiated group of youngsters, called ‘Red Guards’, to brutally persecute his political enemies in Beijing. They were loyal to Mao, using their fists and weapons, instead of their thinking – which was controlled by their zealous regard for the official ideology and Mao’s speeches – to promptly respond to his call for an aggressive anti-bourgeois fight. The ‘Red Guard Movement’ spread from the capital to other cities within months. It became a nationwide movement due to Mao’s official recognition of what it had achieved, founded on his aim to fundamentally uproot the so-called ‘rightist’, ‘capitalist’ and ‘anti-aggressive’ power of Liu Xiaoqing, Deng Xiaoping and their colleagues. The number of Red Guards grew rapidly, dividing themselves into two camps – the conservative and the rebellious. They were divided by their differences in family backgrounds – whether they came from governmental cadres or not – and political focus – safeguarding the vested interest of those with good blood or building a proletarian dictatorship through endless revolutionary actions. But they shared a similar goal, namely earning political power while Mao was rearranging the political order through his support of the youth. In practice, this situation meant that conflicts and confrontations between the two camps were frequent and often resulted in bloodshed. It turned out that Mao had to provoke another movement, the ‘Up to the Mountains and Down to the Countryside Movement’, in order to expel the idle but idealistic educated youngsters from the political centres of densely populated cities.

Since 1942, Mao had begun to utilise political claims and movements to control young intellectuals, based on his understanding of how Lu Xun (1881–1936) successfully used a pen to convene a group of cultural elites to support the Communist Party of China against the Kuomintang. From the Yan’an Rectification Campaign (1942-44) to the Anti-Hufeng Campaign (1955) and the Anti-Rightist Campaign (1957-59), he created a white terror among Chinese intellectuals, many of which were loyal to him and did not see his political intentions that ultimately subordinated them and their work to national security and his own authority.

On 17 November 1957, Mao Zedong delivered a speech at Moscow University to thousands of Chinese study-abroad students. He said, ‘the world is yours [the youngsters], as well as ours, but in the last analysis, it is yours. You, young people, full of vigour and vitality, are in the bloom of life, like the sun at eight or nine in the morning. Our hope is placed on you.’ It seems that he praised the positive potential of those who were supposed to contribute to the People’s Republic of China through their energy and knowledge. However, behind the rhetoric used for consolidating the cult of his own personality, Mao supervised and depowered the young intellectuals in his policies. They were usually regarded as either a political tool, when he was climbing the ladder of power and wanted to gain sovereignty, or as a risk, when he was the sovereign.

After Liu Xiaoqing and Deng Xiaoping lost their political power, the quick fix soon became a threat to Mao. The zealous educated youngsters, especially those of the rebellious camp of the Red Guards that took over the power of the ‘Old Red Guards’ (the initial force of the Red Guard Movement), could potentially overthrow Mao as a result of the proletarian logic that he had built and validated. As he had encouraged radical revolutionary behaviours and praised those who practised his commands against class enemies, he was then facing a dilemma – he could neither dismiss the loyal Red Guards, nor keep this time bomb in his bureaucratic system. While a majority of students still complied with his command, he, as an opportunist, advocated rustication, which few educated youngsters had voluntarily signed up for since the 1950s. He discovered the perfect mismatch between the urban educated youth and the backwards countryside, and hence promptly subordinated the educated youngsters to peasants before they subordinate him to themselves.

In late 1968, two years after the Cultural Revolution, Mao began to encourage the urban educated youth to labour in the countryside, assuring his claim in 1955 that they could flourish in the vast land there. With the aid of his charisma and panoramic propaganda, some zealots voluntarily registered for rustication. Many others, including those who did not participate in previous political movements, were sent down as well. Some just simply followed other students, some with a ‘Black Five Category’ label would like to get rid of it through being ‘re-educated’ by peasants, and some poor students would apply for going to reclamation farms, which were remote but offered higher and stable salary (compared to villages, which were closer to cities but could not guarantee an income). Moreover, those parents who knew the distinctively inferior conditions of the countryside and attempted to keep their children in cities would not be granted salary and had to attend political classes until they let their children go.

Mao Zedong eloquently motivated the students to leave their urban homes and, at the same time, outsourced the duty of ensuring that no one could escape to the worker propaganda team and the army propaganda team. This strategy seemed to be a great success. From the late 1960s to the late 1970s, there were around 17 million urban educated youngsters sent down to the countryside. Although those who were frustrated by the rural life – which was very different from what the promotion teams idyllically described– and had reflected on the conspiracy and death of Lin Biao were increasingly suspicious of Mao’s sincerity, no united voice or power could challenge his authority. Only two years after the death of Mao and the end of the Cultural Revolution could 50000 educated youngsters initiate a great strike in Xishuangbanna (in Yunnan Province) asking to return to the cities.

In 1989, some university student leaders asked for a democratic reform in Beijing. It ended in bloodshed – as a result of Deng Xiaoping’s comments and actions – and no similar protests have occurred since. It happened around a decade after the educated youth gradually returned to cities. As a victim of the Red Guard Movement, Deng Xiaoping might have thought of sending down all Chinese students to the countryside as Mao did, while some of them were protesting in front of the Chairman Mao Memorial Hall on the eve of the fourth of June.

As a sent-down educated youngster whose father Xi Zhongxun was severely persecuted in the Cultural Revolution, Xi Jingping has ‘embraced some aspects of [Mao]’s legacy’ as Mark Beeson asserted, rather than buried Mao as Deng Xiaoping did. Chinese mass media now positively promote what Xi learnt from his countryside experience. He is currently the sun of China at noon, as Mao was before his death. Xi is now seeing what Mao and Deng could see, but we, as the public, cannot see. Chinese intellectuals disappeared in cities during the Down to the Countryside Movement, as they are now absent on the Internet. The morning and the suns are always the same, but the blindfolds can be different.

Gabriel F. Y. Tsang is currently a PhD candidate in Comparative Literature at King’s College London and President of the British Postgraduate Network for Chinese Studies.

Harbin: Revitalising a rust-belt city through culture
Love in a time of Cultural Revolution