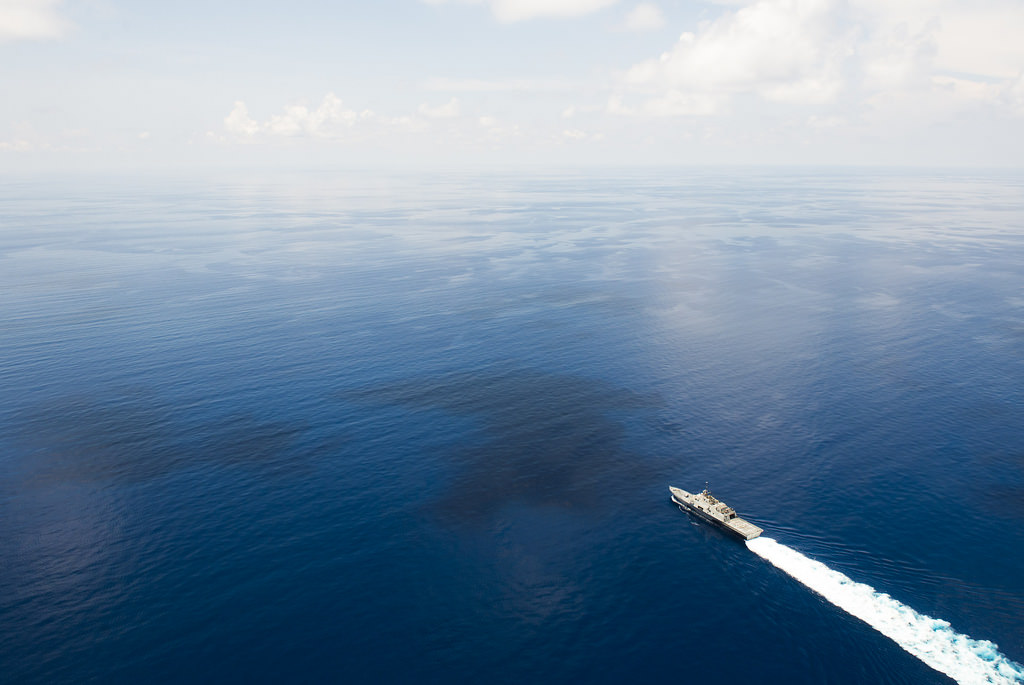 China has no legal basis for its territorial claims in the South China Sea. The ruling by the Permanent Court of Arbitration in The Hague, an arm of the United Nations Convention on the Law of the Sea (UNCLOS), was widely predicted, but was a metaphorical bombshell, nevertheless. The worry now is that it could presage the deployment of the real things in a part of the world that has become synonymous with unresolved strategic tension.

By finding in the Philippines’ favour and repudiating the legality of China’s territorial claims in the South China Sea, the court has presented China’s leaders with an unpalatable choice. Do they ignore this ruling as they promised and double down on their expansionist policies, or do they back down and risk losing face domestically?

Given Xi Jinping’s personal investment in this issue and the more general goal of reasserting China’s place at the centre of regional affairs, the second option looks well nigh impossible. After relentlessly ramping up the rhetoric of revanchism, they cannot afford to look “weak” in the face of foreign pressure when vital national interests are judged to be at stake. The reality is that no matter how implausible outsiders may find its claims, almost no-one in China seems to share such views.

Challenging Chinese sovereignty would be problem enough if the protagonist was Japan, which at least has the merit of being a fellow major power, albeit an almost universally despised one. But many Chinese officials and the broader public have a contemptuous disdain for the weaker states of Southeast Asia, which conspicuously fail to know their place in the re-established regional pecking order.

The principal likely loser from China’s policies – in the short term, at least – is the Association of Southeast Asian Nations (ASEAN). ASEAN’s ability to influence the behaviour of more powerful states has always been wildly overstated. Now it is being subjected to its most searching test yet. Another safe prediction is that it’s a test it will almost certainly fail.

If China isn’t intimidated by the US, by some distance still the world’s pre-eminent military power, why would it take any notice of ASEAN? This would be true under any circumstances. It is even more certain when the ASEAN states can’t agree a common position among themselves.

It is not hard to see why. China has skilfully practised a time-honoured form of divide and rule, effectively buying the support of Laos, Cambodia, and to a lesser extent Brunei and Burma. ASEAN’s vaunted solidarity and distinctive diplomacy looks threadbare and inadequate when confronted with a challenge that can’t be fudged or kicked into the long grass.

But ASEAN’s difficulties in responding to China’s evident contempt for the rule of law is hardly a unique problem. On the contrary, Australia and – more importantly – our principal ally, the US, must also decide how to react, too.

Given the enormous importance that was attached to the preservation of a rules-based international order in the last defence white paper, this is a direct challenge to the very basis of Australian – and American – strategic policy.

As a comparatively weak middle power Australia has a profound interest in the preservation of an international system that constrains the behaviour of all the great powers. Encouraging our principal ally to sign up to UNCLOS might set a useful example to China about good international behaviour and respect for international law. Ironically enough, China has actually ratified UNCLOS and that’s why it’s – theoretically, at least – bound by this judgment.

Unfortunately, though, great powers often behave unilaterally when it suits them, because they think they can. Problems arise when two major powers do this at the same time in ways that are mutually incompatible. That is precisely the situation we now face in the South China Sea. China is pushing outwards and the US is – thinking about, at least – pushing back.

In the short term, Australia probably has little choice other than to encourage the US in this course of action. Not only are we obliged to support the US as a key regional ally, but great powers flouting the rule of law is not in our interests – even when the US does it. The question now is whether the US is actually prepared to fight for its principles, and should we applaud if it does?

Hopefully, it won’t come to this – but it could. China is highly unlikely to back down or deviate from its current expansionist course. If the US is ever going to confront or contain Chinese ambitions, it makes sen

se to do it sooner rather than later, which is why this judgement assumes such critical significance. It is simply no longer possible to ignore either the rationale for, or the implications of, China’s policies in the South China Sea.

In an ideal world states wouldn’t need to form alliances and states would respect the rule of law. Unfortunately we do not live in such a world. Whether it is worth starting a major conflict with potentially incalculable and catastrophic consequences over a principle is the key question. We may discover the answer in the next weeks and months.

Mark Beeson is a Professor of International Politics at the University of Western Australia. This article was first published on The Conversation and can be found here. Image credit: CC by Naval Surface Forces/Flickr.