Chinese culture after the Cultural Revolution 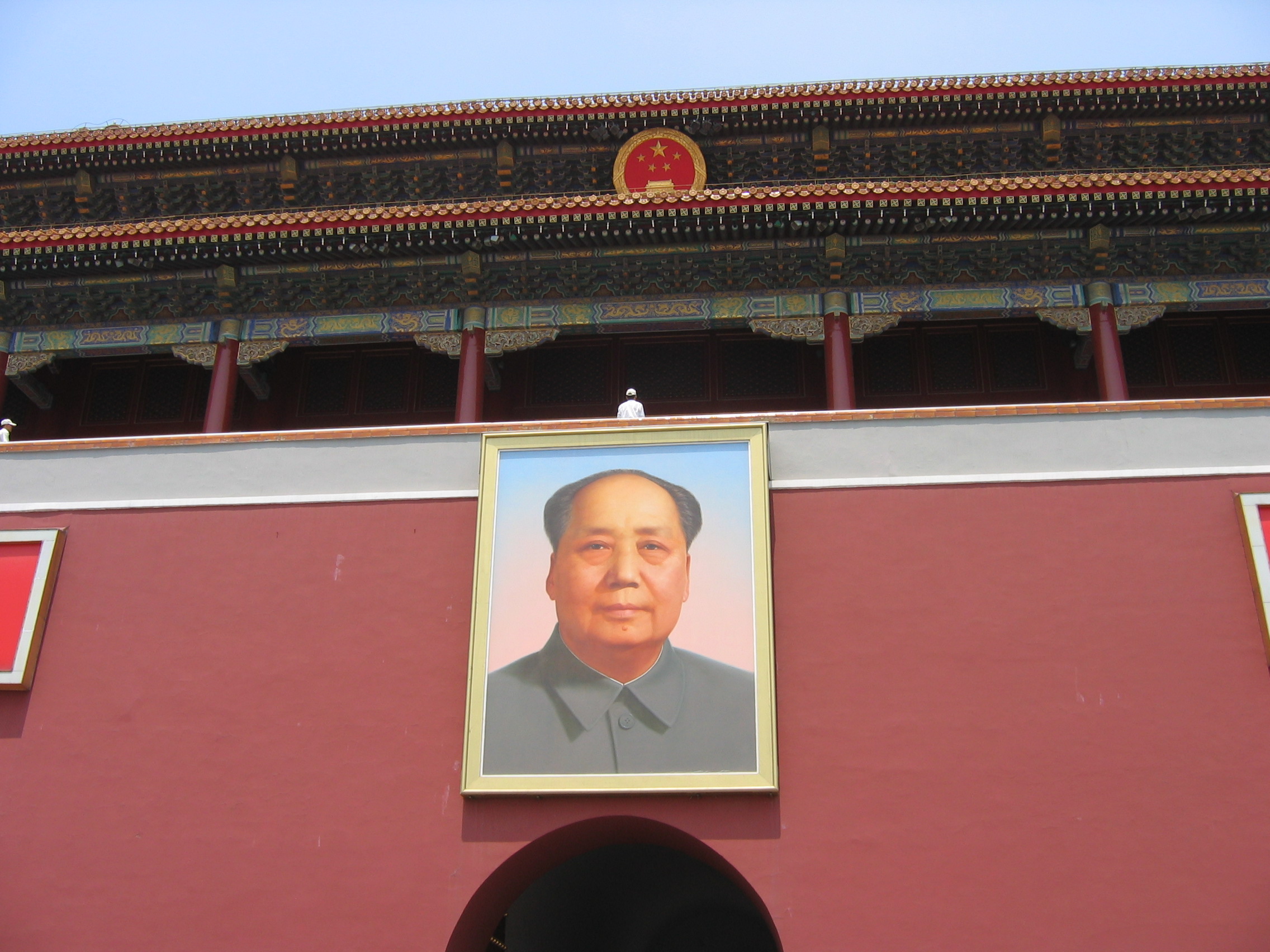 The Great Proletarian Cultural Revolution (文化大革命), initiated by Mao Zedong as part of China’s social and political transformation in 1966, changed the cultural life in the country more than any other event since the assumption of power by the Communist Party. After previous failed campaigns, – the most prominent one being the “Great Leap Forward” – Mao saw the need to strengthen his position of power, believing that the Communist Party had become corrupt and compromised. Mao used culture as a political tool to rectify the Party and to make the system less elitist, but thereby he also irreversibly changed China’s culture.

The last of Mao’s ideological and revolutionary mass campaigns (1966-1976) was aimed at changing the country’s cultural values and to replace them according to his own thinking. Mao propagated that the country would have to get rid of the “Four Olds” (四旧), namely “old ideas (旧思想), old customs (旧风俗), old culture (旧文化), and old habits (旧习惯)”. It was primarily an attack on China’s intellectual elite, in which Mao saw his most ardent critics. The revolution and destruction of the old China were carried out by a mass movement of students and even schoolchildren, encouraged and legitimated by Mao. This student movement was called the Red Guards(红卫兵), groups of militant students who were encouraged by Mao to attack all traditional values and to publicly criticize party officials.

Teachers, officials, intellectuals, and cadres were persecuted, humiliated in public, beaten, and tortured. Universities and schools had to shut down; theaters and films were banned and books destroyed if they did not comply with official propaganda. The development of the society stagnated for around a decade, particularly in the fields of art, literature, science, research, and education. Allegedly up to 13 million Red Guards destroyed as much as they could, including numerous temples, and shrines. Old culture included also religious customs and the traditions of minorities, in particular in Tibet and Xinjiang. Over 6,000 monasteries were destroyed in Tibet and the Red Guards burned Koran writings and shut down Islamic sites in Xinjiang. The first and most destructive period of the Cultural Revolution ended in 1967-68 as political opposition towards the raging students increased in view of the turmoil in the country.

Industrial production, already weakened by the Great Leap Forward, continued to decline and so did China’s economy. Mao himself decided to dismantle the Red Guards and to re-organize the party and state institutions. The PLA, led by defense minister Lin Biao – and also Mao’s designated successor – was given authority to contain the Red Guards and to take the control over the country again. The second phase of the Cultural Revolution, from 1968 to 1971, was the time when the army was in charge, but the clashes between the PLA and the Red Guards almost escalated into civil war. Mao simultaneously issued a call for the “Down to the Countryside Movement” (上山下乡运动) in which the army forced millions of urban Red Guards to move to the countryside, where they would cause less disruption.

The PLA, but mostly Lin Biao himself, gained increasing influence in domestic politics, which soon led Mao to mistrust him. After Lin Biao died in 1971, Premier Zhou Enlai took the lead to slowly improve China’s economic and domestic development again. China’s academic and science institutions gradually came back to life; scholars and scientists were rehabilitated. However, most cultural life remained strictly controlled and radical communist forces, under the leadership of Mao’s wife Jiang Qing and the so-called „Gang of Four“ maintained their power through control of the propaganda. Zhou Enlai focused mostly on improving China’s foreign relations again, most notably helping to orchestrate the visit of President Nixon to China in 1972. It was not until Mao Zedong’s death in January 1976 that the remaining driving forces of the Cultural Revolution were overthrown, paving the way for China’s recovery beginning in 1978 under Deng Xiaoping.

Zhou had managed much of the state affairs until his death, until just a couple of months before Mao Zedong died, after which Vice Premier Deng Xiaoping, who had been purged twice during the Cultural Revolution, emerged again. Deng never held office as head of state but became China’s de facto number one between 1978 and 1992, leading the country (successfully) through the much-needed political and economic reforms. The youth on the countryside were allowed to return to their home cities, and starting from the 1980’s, the Chinese government slowly began to restore monuments, cultural sites or art artefacts. Universities and schools were renovated and given more autonomy again. In 1985, China signed the UNESCO Convention on World Heritage and established a State Bureau to preserve Chinese culture and heritage in 1988. However, this new care for retrieving and preserving the Chinese culture was – and remains – strongly influenced by the Chinese leadership’s new orientation. Instead of destroying China’s old culture, as Mao Zedong had advocated, the government was now trying to make better political use of its remains.

This also included the new culture of Chinese communism. Locations of historic milestones of the Communist Party have been transformed into monuments that attract Chinese tourists across the country. Millions of Chinese from all over the country travel each year to Mao’s mausoleum in Tiananmen Square in Beijing. Deng in 1985 and the Central Committee in 1994 decided to initiate stronger “patriotic education,“ and the government in 2005 launched a policy to educate the citizens about their revolutionary past, and to promote tourism in various provinces in China. What became known as the ‘Red Tourism’ includes visits to heritage sites of the history of Communist China. In short, the Communist Party fostered the preservation of national culture mainly for its own purposes as a means of patriotic education and propaganda.

In addition, any attempts made after the Cultural Revolution and during China’s recovery to revive traditional culture again were motivated economically. Both the thousands of years of Chinese culture and the history of the Communist Party are worth preserving if that might serve to emphasize Chinese identity, even foster nationalism. But it also serves to generate economic profit. The tourism industry had not existed in China before the Mao era but slowly developed into a very profitable industry. Today, more than 100 million Chinese travel abroad.

The Chinese government’s cherry picking of cultural memory to either use it as a political or economic tool has not left much room for Chinese society to develop an authentic culture on its own. In addition, the control, restriction, and guidelines of the Communist Party continue to affect the cultural life of Chinese society. Art, books, newspapers and the Internet are subject to increasingly severe state censorship; religious beliefs, traditions, and customs are allowed provided they do not conflict with the principles of the Communist Party or appear to be a threat to the state and society. Which parts of the old Chinese culture are worth retrieving is an ongoing ideological question debated within China, most notably in view to the revival of the old Confucianism ideas. The Chinese government led by president Xi Jinping encourages the revival of Confucianism, but older cadres still see it opposing their Communist ideology.

What kind of Chinese culture is developing from the interplay between historical memory, political propaganda and often driven by economic interests remains to be seen. What appears to be certain is that some of the damage done during the Cultural Revolution can never be undone. Mao led China into ten years of upheaval, inner conflicts, an estimated eight million dead, and political, economic and social chaos. Although China caught up economically rapidly after the Cultural Revolution, ten years of stagnation in the Chinese society’s development left gaps in education and knowledge about Chinese history and culture that remain irretrievable.

Numerous historic sites remain destroyed, temples demolished, books and pictures wiped out. It may be in the area of culture where the fact that the remnants of Chiang Kai-shek’s beaten army at the end of the civil war fled to Taiwan has its greatest merits: Chiang Kai-shek stole around 600,00 works of art mainly from the Imperial Palace and brought them to Taiwan—an irresponsibly risky act, yet probably saving them from what one can imagine would have happened to them during the Cultural Revolution. Until today these artefacts are exhibited in Taiwan’s National Palace Museum and can be visited – also by tourists from Mainland China.

Angela Stanzel joined ECFR as a Policy Fellow for the Asia and China Programme in January 2014. She earned her Ph.D. in Sinology at Freie Universität Berlin, conducting research on China-Pakistan relations. She tweets @angela_stanzel. Image credit: by Wikipedia Commons.