Beyond City as Spectacle: Branding and Everyday Life in Urban China 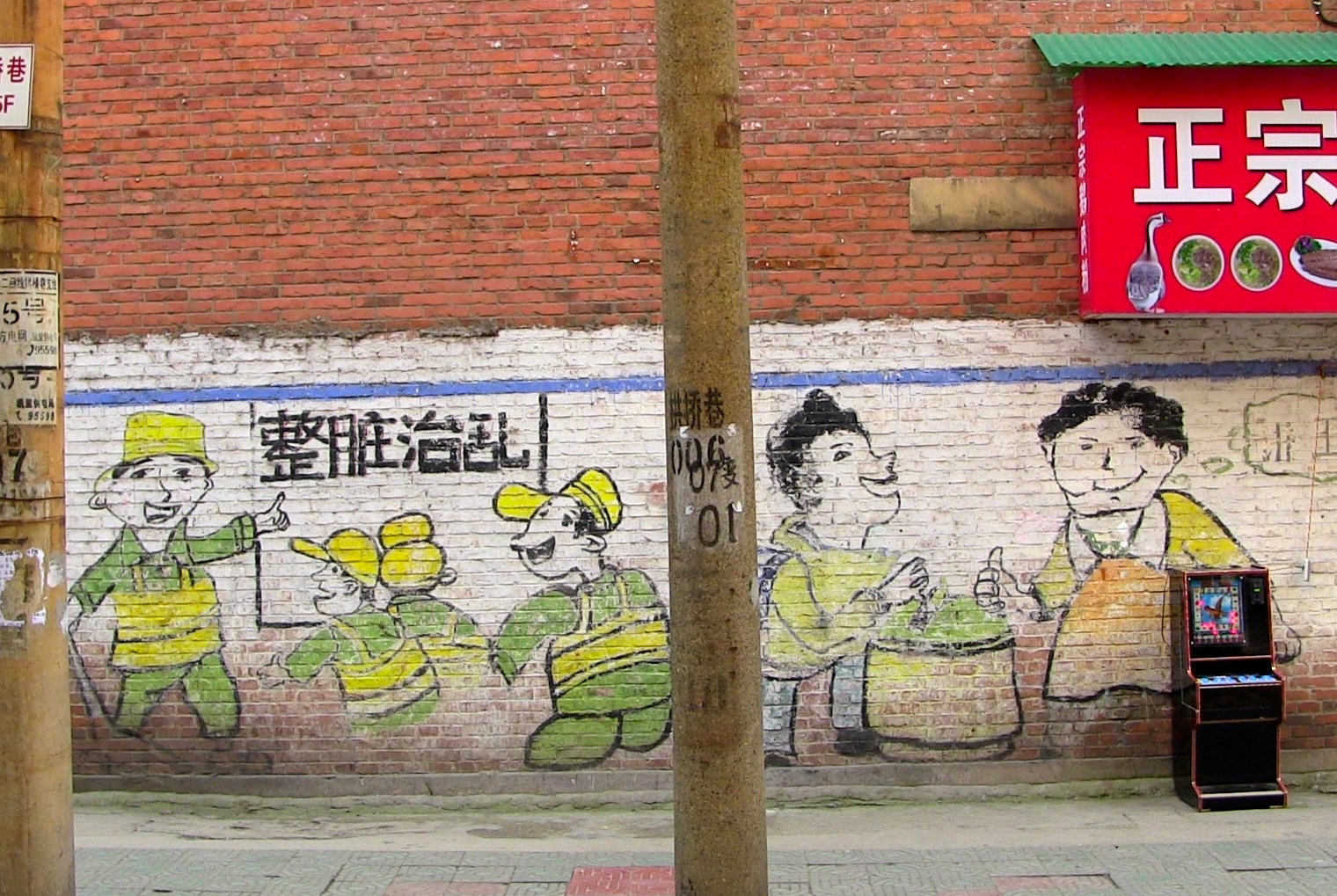 China’s rapid urbanization is an ongoing news story which has already altered how the country is represented in mainstream English-language discourse. While individual news stories have highlighted specific statistical and architectural developments – such as the shift to a majority urban population in 2012 – there has also been a partial shift in the representation of China, from timeless rural landscape to futuristic cityscape. Time-lapse photography of skyscraper construction and night-time traffic has highlighted the dynamism of Chinese cities, while before-and-after photos have accompanied written lamentations on the destruction of ‘traditional Chinese culture’, as the purportedly homogenising processes of urbanization subsume rural space.

Just as China possesses a diversity of ethnicity, region and class, it also possesses a diversity of urbanism, but this has not been sufficiently represented in mainstream English-language media. Journalists have understandably been drawn to the most spectacular expressions of Chinese urbanism – magnetic levitation trains, imitation Eiffel Towers, skyscraper imitating underwear – and many of these expressions have been produced within the same places, that is, within the great cosmopolitan cities of Beijing, Shanghai, Guangzhou, and Shenzhen. These tales of dynamic urbanism have overlapped with click-bait articles on urbanism-as-farce: for example, new-build eco-cities without people; and skyscrapers whose forms would be censored if located in just about any artistic context other than the built environment. Academia has been more nuanced in its coverage of Chinese urbanism, but has also tended to be drawn to the big cities; there is more written on Ju’er Hutong and Dashanzi Art District in Beijing than on entire cities which are not situated along the beaten tracks of academic inquiry. The irony is that these same cities have been clamouring to attract attention through the construction of city brands. These brands highlight claimed unique local qualities in order to attract tourists, investors, residents, and students. These brands also extend beyond promotional literature and into everyday urban life; the desired city image is literally branded on to the built environment in the form of visually striking “landmark architecture” (biaozhixing jianzhu).

Some cities are lucky enough to already possess positive and unique associations for the construction of their brands: the revolutionary history of Yan’an in Shaanxi, for example, makes it an obvious place for the promotion of ‘red tourism’; while Qingdao in Shandong is able to exploit its colonial architectural heritage. However, even world-renowned Beijing – with its UNESCO sites, hutongs, politics, financial districts, universities, operas, and artists  – works hard to mould, maintain and disseminate its desired city image. If already-famous cities such as Beijing are investing time and money into their brands, then some lesser-known cities are probably doomed to remain anonymous, despite their branding efforts. These are often small cities, which possess neither the dynamic associations of Beijing and Shanghai nor the exotic associations of rural China. These are stopping points for cosmopolitan tourists on their way to more aesthetically- and culturally-appealing rural destinations, or starting points for those ambitious few who manage to procure a university place and long-term career in one of the big cities. And despite the promotional efforts of local governments and entrepreneurs, these places are as likely to gain national news coverage because of an internet café explosion or a mass school stabbing, rather than because of any claimed unique selling point.

Putting aside the failings of many city brands, there is surely an academic duty to look beyond the spectacular and the known, to look beyond Beijing and Shanghai, in order to gain a more representative understanding of Chinese urbanism. It cannot, for example, be assumed that everyday life in Duyun or Enshi is remotely comparable with everyday life in Beijing. The sociologist Georg Simmel famously examined the influence of the European metropolis on its inhabitants. A similar research project for contemporary China might start with the question, how does the urban form of small-city China shape the views and lives of its inhabitants? There is not yet enough research available to even come close to answering this question. More modestly, this article concludes with some indication of everyday life in the small city of Kaili, where I conducted around nine months of research in 2011 and 2012. Whereas certain social patterns in Kaili are specific to its branding as a city for ethnic tourism, other patterns may be more universal to small cities in China. One of these is a tendency to self-identify with a small-city lifestyle and to define this lifestyle – often positively – against that of big cities. The comments of fieldwork acquaintances in Kaili referred to the relatively slow pace of life, cleanliness, and value for money of small cities, in comparison to the stress, pollution and exorbitance of big cities. Guiyang – the provincial capital – was a particular target for criticism and a useful foil for the construction of small-city identity. As one Kaili-born businesswoman opined, it’s not just that Guiyang people bully outsiders, they are also obsessed with brands and spending money, whereas people in Kaili are more simple and honest (chunpu). Another fieldwork acquaintance, a hip-hop dancer and studio owner, claimed that Kaili possessed higher levels of “human quality” (suzhi) than Guiyang, citing as supporting evidence the fact that people in Kaili were more likely to use zebra crossings.

This valorization of small-city identity sits somewhat incongruously with the municipal government’s efforts to transform Kaili into a mega-city, as well as the desire of some small-city residents to escape for the bright lights of the big cities. But it does at least suggest that urbanization cannot be understood as homogenization; rather, urbanization produces differences between cities, as well as between the city and the countryside. It also suggests the need to move beyond treating cosmopolitan urbanism as representative of urban China, and to give greater consideration to the views and lifestyles which are produced both within and by the small Chinese city.

Paul Kendall is a Lecturer in Chinese and Cultural Studies at the University of Westminster. His research interests include urban space, city branding, everyday life, soundscapes, music, and ethnicity. His next publication, in The China Journal (2017), examines local notions of real and fake ethnicity in Kaili, Guizhou. Image credit: Paul Kendall.