The end of China-Taiwan rapprochement tourism 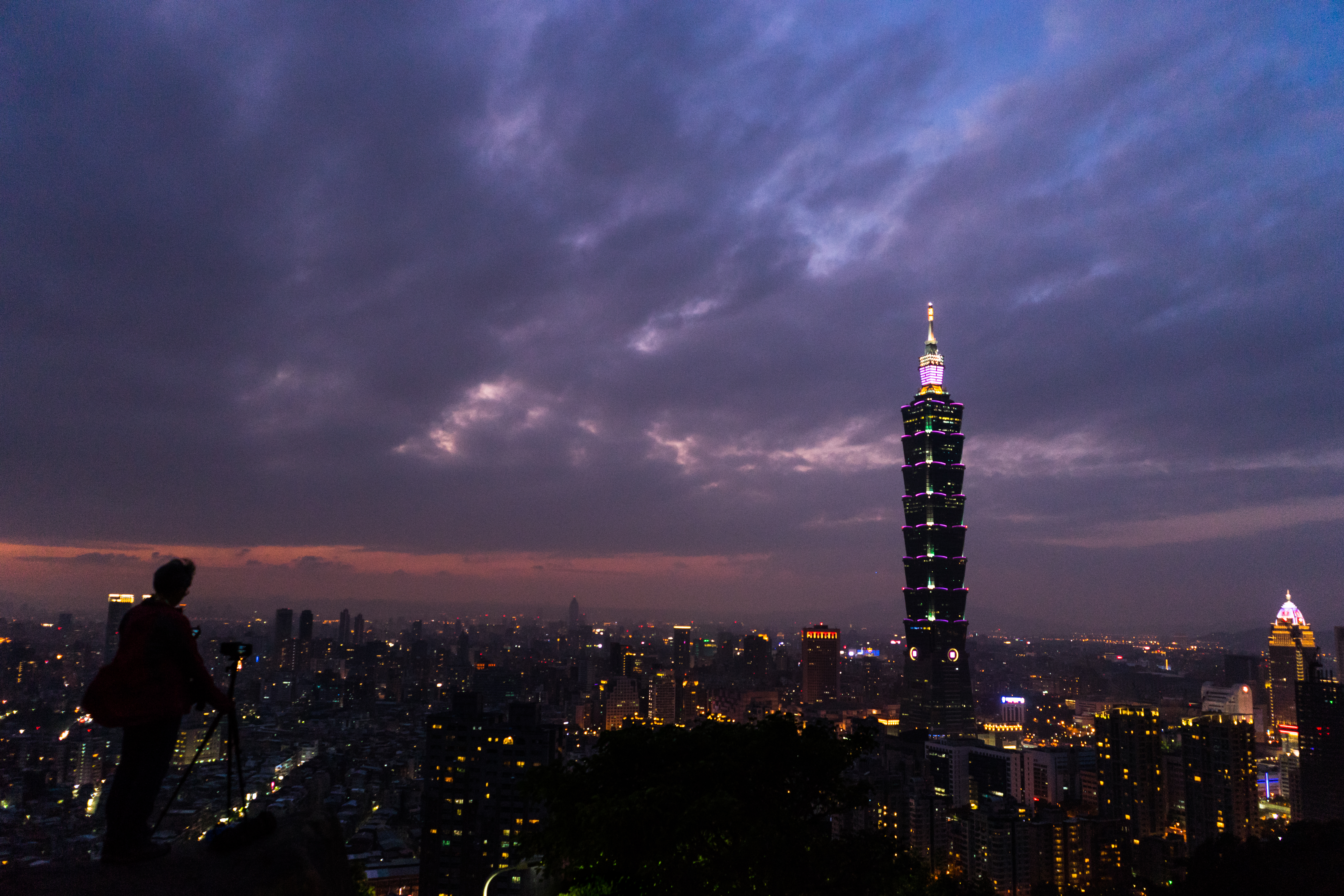 A fiery bus crash on July 19 near Taiwan’s Taoyuan airport tragically killed 24 Chinese tourists and the Taiwanese guide and driver, prompting a long overdue national reckoning over the history and trajectory of inbound tourism from China. After the much-heralded opening of group tourism in 2008, the industry has since been characterized by cartels that allegedly send profits offshore, plagued by safety gaps that cause terrible accidents, and pilloried by local critics for its deleterious impact on the environment. Given all this, it’s tempting, though still early, to write off inbound Chinese tourism as complete political, social, environmental and even economic failure for Taiwan. Following the crash and China’s recent widely-rumoured, retaliatory group tourism cuts in the wake of Taiwan President Tsai Ing-wen’s landslide election, it may seem hard to remember that just a few years ago, government officials and scholars on both sides of the Strait were hailing the growth of cross-strait tourism as a form of reconciliation or rapprochement.

On the Taiwan side, we might recall the 2012 words of Lin Kuo-Hua, deputy director of Tainan city’s tourism bureau, 2012 (at the Straits Forum in Xiamen, quoted in China’s Taiwan Affairs Office site), “All walks of Taiwan’s society appreciate policies that are favourable to cross-Strait tourism, as tourists bring not only benefits to various industries, but also mutual understanding among people”. Two years later, US-based Taiwan diplomat Thalia Lin wrote in the National Interest, “As time passes, Taiwan’s [democratic] success will definitely enlighten and make a positive impact on the general public of the Mainland.” Outgoing  President Ma Ying-jeou mentioned tourism seven times in a 2015 Wall Street Journal interview about his achievements, and said, “What we have accomplished in the past seven years has exceeded what we had planned or imagined…” As for the China side, Taiwan Affairs Office spokesperson Ma Xiaoguang claimed in a 2015 announcement about tourism numbers hitting record highs that, “the achievements demonstrate that peaceful development of cross-Strait relations will lead to mutual benefits.”

Such pronouncements were prefigured and promoted by the work of scholars who had hopped on board the “tourism as reconciliation” train years ago. One of the earliest research articles on cross-Strait tourism suggested that “…tourism as a low-politics activity has helped to ameliorate the tension and hostility between the two peoples in initial reconciliation” (Yu, 1997). A decade later, a team including Chinese, Taiwanese and American researchers speculated that, “Cooperation and political interaction within the context of tourism may help mend negative relations and play an active part in averting future conflict as people are able to meet other people at the grassroots level” (Guo, Kim, Timothy, & Wang, 2006). In 2013, as cracks in this easy story should already have become evident, a grounded ethnographic study still took the “rapprochement tourism” frame and assumed a “warming relationship between China and Taiwan and the unprecedented increase in tourism exchanges that ensues (Zhang, 2013). And somehow in 2016, well after witnessing the Sunflower Movement and the slow-motion electoral collapse of the KMT, a research team, struck with an appalling case of mendacity and laziness accentuated by a criminally slow peer review process, published an article in a major tourism journal that claimed that “…[the] two governments have reached a higher level of reconciliation, accompanied by the absence of bilateral tourism restrictions” (Chen, Lai, Petrick, & Lin, 2016).

Sad to say, well before the bus crash, the widely-rumored cuts of Chinese tourism to Taiwan should have put such wishful thinking to rest. Evidence of a concerted Chinese effort to limit outbound tourism to Taiwan still remains mostly anecdotal, and China’s Taiwan Affairs Office has denied changing policy. But given widely-reported industry rumours of high-level, unwritten “implicit orders” for Chinese travel agencies to cut their operations, coupled with early quantitative indicators including Taiwan Immigration bureau statistics, it appears that overall numbers of Chinese tourists have indeed dropped and will likely continue dropping. According to Taiwan’s Mainland Affairs Council, group tourism dropped 30% in May and June 2016 from the previous year, while independent tourism has risen by 10% and 20%, respectively.

However, these numbers should be viewed through a critical lens. On my recent re-entry to Taiwan on June 24, I stood in line with several incoming Chinese tour groups. I noticed that my line-mates, despite following their flag-waving tour guide, were all carrying independent tourist entry permits. I overheard the tour guide explain to them, using vague language, that their agency applied for these permits because group tour permits had recently become more difficult to acquire. If not even tourist arrival numbers or typologies can be trusted, any quantitative argument about tourism’s impacts should be suspect.  Such an observation point to the general need to look at all tourism statistics with great skepticism. For example, Tourism Bureau statistics about per-visitor spending had been used extensively by the Ma administration to tout its economic achievements, but these numbers were based entirely and incredibly on tourist self-reporting.

The creativity and persistence of PRC agencies in the pursuit of profits should come as no surprise and will likely continue, but the idea that tourism was ever a mode of reconciliation was spurious from the beginning. Rather, its rapid development was in part a form of gestural politics meant to simulate reconciliation, bolster the China-friendly Ma administration, and increase Taiwan and China’s economic interdependence. Now, its apparent cut off, however subtly implemented, seems yet another instance of gestural politics meant to pressure Taiwan’s new administration.

While such cuts certainly hurt the livelihood of Taiwanese tour guides and drivers and imperil the many new and nearly-opened hotels that mushroomed during the Chinese tourist explosion, their effects on a wider economy still largely non-reliant on tourism remain to be seen. In the meantime, the cuts have emboldened online activists to unleash a new flurry of satirical ads that celebrate Taiwan’s newfound lack of Chinese tourists. “Welcome to Taiwan, without Chinese!” captioned a series of photos of idyllic, people-free landscapes released on the PTT online bulletin board system. They quickly went viral, prompting a Tourism Bureau official to disclaim them as “not official,” adding, “Tourism is a happy industry, and it should use positive ways to promote Taiwan. Otherwise, it would only harm Taiwan.”

If only tourism was indeed a happy industry for Taiwan or for the many Chinese tourists who spend most of their trips in transit on buses or at shopping stops, subject to a gauntlet of poor quality service, food, and transportation. While the various interpersonal connections engendered by tourism, particularly independent tourism, have led to increased mutual understanding for some, my six years of research on cross-Strait tourism suggest that group tourism has, if anything, actually exacerbated personal and political differences between the two polities (Rowen, 2014, 2016). China’s recent implicit cuts should herald not so much the end of “reconciliation tourism”– because tourism from China never was such a thing—but the end of uncritical advocacy of tourism as a necessary good. If anything positive can come from the terrible inferno of July 19, it may be a constructive rethinking and a re-implementation of the entire industry.

Ian Rowen is a Postdoctoral Research Fellow in the Institute of Ethnology at Academia Sinica. He Tweets @iirowen.