Violence Against the Chinese Police 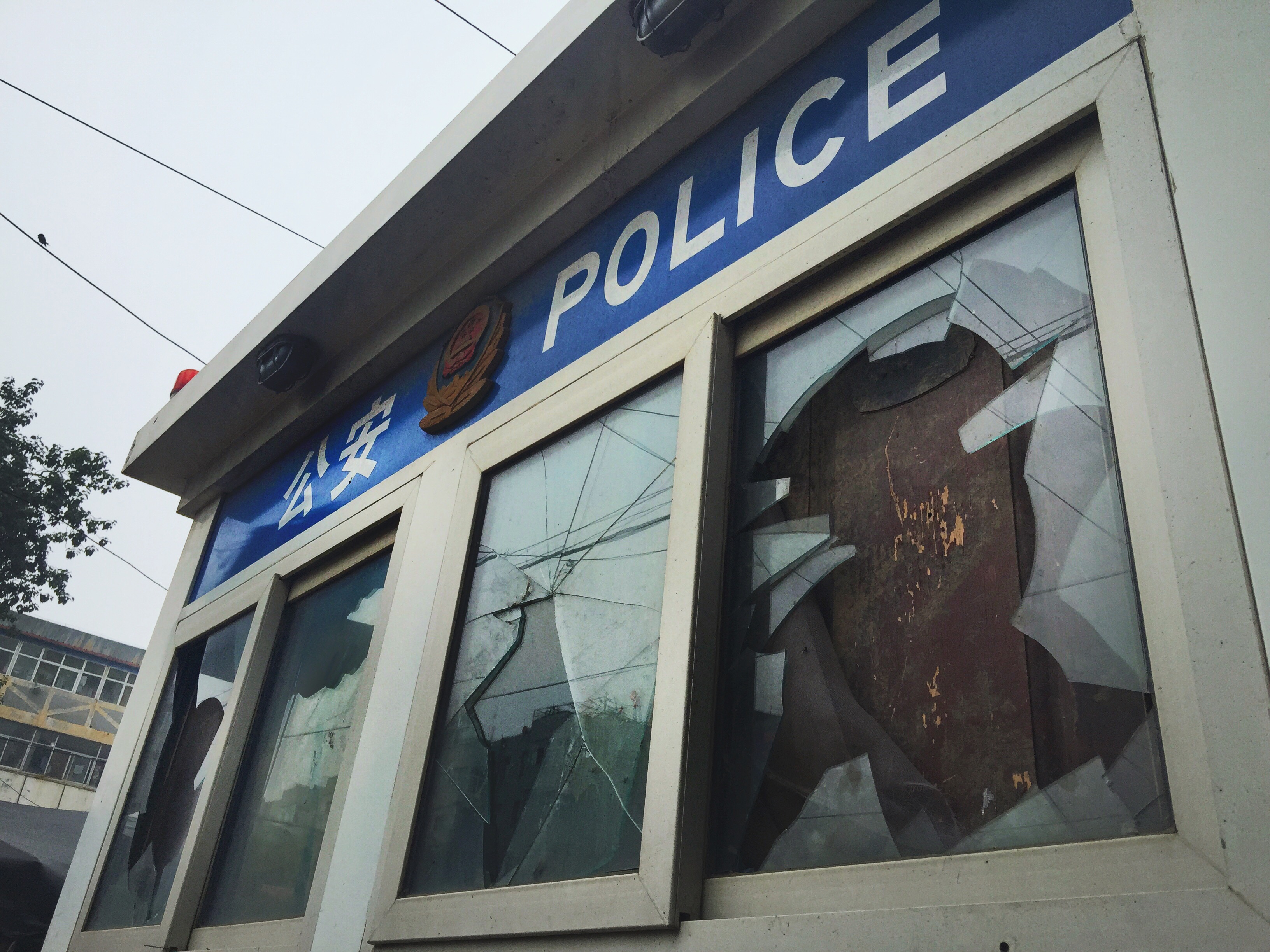 Violence against the police in China has become commonplace. At least once a year, a major incident involving civilian attacks on the police makes international news. Although 2016 has been relatively calm, at least three officers were killed in June 2015 when ethnic Uyghurs attacked a traffic checkpoint in Xinjiang with bombs and knives. That incident occurred just days after police in Hunan were attacked by an angry mob of villagers. A few months later, at least five officers were stabbed to death at a coal mine in Xinjiang.

Often, the attacks are politically minded, as appears to have been the case in both Xinjiang events. Such incidents tend to be deadly, both for officers and protesters, and may involve knives, homemade bombs, vehicles ramming into police stations, or some combination of the three. These attacks are often treated as terrorist events and dealt with swiftly and harshly. But in other cases, violence erupts not because groups are lodging higher-level political complaints but because residents are retaliating against specific acts of police violence, deception, or incompetence.

In the Hunan case last year, hundreds of residents attacked a police station because officers dismissed accusations of foul play in a woman’s death. Instead of charging the deceased’s husband with murder, local authorities declared it an accidental poisoning, and family members and neighbours lashed out in protests. More examples of perceived police injustice abound: In June 2011, 1000 migrant workers in Guangzhou rioted when they heard that a municipal police officer had pushed a pregnant street vendor to the ground. In May 2009, hundreds of protesters attacked traffic police in Gansu after an officer had beaten a cyclist for running a red light. And that same month, 300 tea farmers in Guangdong set police cars on fire and attacked the station with hoes, bricks and stones after word spread that one of their organisers had been killed.

These are just a few highlights of well-publicised cases. Some say that such violent attacks against the Chinese police are increasing in frequency. In 2012, Legal Daily reported that 22.2 percent of mass incidents are caused by conflict with the police. Many of these events are relatively small, as was the case in December 2015 when a driver and his family attacked a traffic cop for attempting to tow an illegally parked BMW. Others are quite large: In 2008, furore over a young girl’s death in Guizhou sparked a 30,000-person riot. Protesters burned out the police station, set squad cars ablaze, and spurred the deployment of hundreds of People’s Armed Police officers, who used tear-gas and physical force to disperse the crowd of men, women, and children, some as young as 12.

Such conflicts with the police are a thorn in the side of the Chinese government, which spent the better part of the 1990s implementing police reforms designed to curb local officer misconduct and abuse of power. Through a series of professionalisation reforms – most notably the 1995 Police Law – the Ministry sought to improve selection criteria for incoming officers, while simultaneously establishing more laws to regulate police behaviour. Despite improvements, police leaders often blame public retaliation against the police on the “poor character” of the officers involved. One police leader in Beijing told me in 2012 that such incidents rarely occur in his city because “the standards for Beijing police are much higher.”

While individual officer misconduct is an undeniable part of the story, institutional factors also play a role. Many police stations in China are severely understaffed by poorly trained officers, which leaves police struggling under heavy caseloads that stretch limited resources to the breaking point. Such circumstances make it difficult for police to spend adequate time attending to cases and solving crimes, and this may be increasing the likelihood of conflict with the public.

Moreover, the Ministry of Public Security imposes certain expectations on local stations regarding the prevention of crime, which may be counterproductive in the long term: One such campaign led to a drastic drop in the number of murder cases, putting China roughly on par with Switzerland and Japan. But experts suspect that official figures are misleading and argue that the campaign has instead incentivised station leaders and officers to suppress or reclassify murders, since calling a death a suicide or accident is a great way to knock murder cases off the books. It is even possible that the expectations imposed by the homicide campaign played a role in the riots that rocked Guizhou, Hunan, and a third case in Hubei involving the death of a 24-year-old chef.

Finally, the culture of violence created by police institutions also plays into these incidents. While police leaders may want to dismiss individual officers as bad apples, such claims ignore the reality that violence and, more specifically, the use of force against civilians is a learned part of policing that is woven into the fabric of the profession. Deciding which degree of force is justified in a given moment is often a fine line, and scholars have found that reducing the excessive use of force can be difficult to accomplish.

All of this is bad news for the Ministry of Public Security, Chinese police officers, and the public they serve. Most troubling for the Communist Party is the implication that institutionalised factors are feeding back into protests, which are the very events police are supposed to prevent. If accurate, the Legal Daily report, which claims that 22.2 percent of mass incidents are caused by conflict with the police, is astonishing and indicates that the leaders in China’s police bureaucracy, much like police leaders in the United States, have their work cut out for them.