The Involvement of Women in Criminal Markets in China

Home /China, Law and Justice/The Involvement of Women in Criminal Markets in China 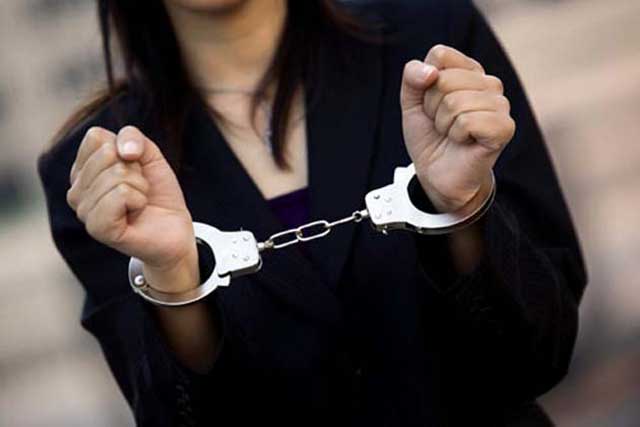 Written by Anqi Shen and Georgios A. Antonopoulos.

Following economic reforms launched in 1978, criminal markets flourished under an increasingly market-oriented economy. With cash becoming a major factor in the social life of post-Mao China, men and women alike became active players in the money-generation process. Our research, based on interviews with incarcerated women, focuses on the role of females in criminal market activities, i.e. profit-driven crimes that require organisation and co-operation with others, in reform era China.

As with the legitimate business sector, the criminal trade was long regarded as ‘the working world’ reserved for men, while women were positioned at the margins. Our data shows that the Chinese female offenders who participated in this study were either involved in criminal markets independently or with others, and that their activities share certain common characteristics with legitimate entrepreneurial activities – most notably, risk-taking motivated by unpredictable financial rewards. The roles of women could be broadly divided into 5 categories:

Leaders: Female leaders, who either held a leading position in criminal operations or worked independently in daily business involving a high level organisation and co-ordination with others in their ‘industries’, were typically found among sex work organisers who directed others, usually young women, in prostitution. In this criminal market, women seem to have left their male counterparts behind for a number of reasons. Firstly, female leaders tend to be seen as care givers and more attentive than men to issues relating to female hygiene, health and safety. In some markets, such as the sex trade, women appear to bring some unique advantages to the business compared to men. One is that some of them have already worked as sex workers and are considered ‘insiders’. Moreover, the sex trade in China does not seem to be profitable enough to attract the involvement of ‘serious’ organised criminals. Finally, interviews revealed that Chinese male sex work organisers felt it was ‘inconvenient’ to personally be involved in the interactions between female sex workers and their clients. Interestingly, this might indicate that there is a gender barrier which prevents men from engaging in the sex trade.

Business partners: This term refers to women who play a role on the same level as male business partners in criminal organisations. According to our data, this category of female entrepreneurs often includes intimate partners of male entrepreneurs. They usually met their intimate partners in social circles, which they were both situated in, shared similar social backgrounds, norms and values, and worked together. On some occasions, criminal business partnerships were formed within legal businesses between and among individuals who are partners in these legal businesses or via opportunistic and/or existing individual connections. Among criminal partners in the child trafficking business, female partners tended to rely on only one or two layers of personal contacts – mainly sisters, sisters-in-law, cousins and acquaintances from the same village or known from occasional work.

Supporters: Supporting women are either recruited by leaders/organisers to participate in a criminal market scheme, or first enter the criminal markets through an intimate relationship with a man who was already actively involved in illicit businesses. Female supporters do not receive an equal share of the profits as is the case with business partners. Rather, they either receive a salary or simply do their work with the aim of facilitating the business of their intimate partners – sometimes unwillingly. We find that in China, a woman close to a male leader does not automatically obtain authority through him, and she is not usually involved in decision-making.

Occasional entrepreneurs: This category of female criminal market actors is typically found among female child traffickers, who are often opportunistic, one-off criminal entrepreneurs with no careful planning or long term objective. The brief socio-demographic snapshot of ten female child traffickers in our dataset seems to suggest a group of ‘amateur’ female entrepreneurs, who are rarely sophisticated, calculating or organised human traffickers. Evidence shows that in the child trafficking business, obtaining children to sell does not require particular knowledge, techniques, skills or expertise. The occasional female entrepreneurs were members of vulnerable and disadvantaged groups themselves and they were keen to gain a little extra cash by means they thought manageable. Thus, women can participate in Chinese criminal markets irrespective of their background.

Investors: As in legitimate markets, some people may choose to invest in criminal markets without actually participating in them. Here, one participant was involved in the sex trade as an investor. She was convicted of organising others for prostitution as the owner of a hotel which ran sex services, while she was also running a small, but highly successful and legitimate beauty salon. This was a rather atypical case and investors seem to be women who own legal enterprises generating sufficient income, which can then be invested in illegal markets.

Although there is undeniable overall gender inequality in China, our study shows that on an individual level, it is the human and social capital one possesses, rather than one’s gender per se, which is often decisive in determining involvement, role and success of an actor in criminal markets. Personal abilities, opportunities linked to personal connections forged by geographical/physical and socio-demographic proximity or opportunities provided through one’s employment in a legal business are crucial, since these legal businesses act as a platform upon which legal relationships between actors are transformed into illegal ones.

We have also found that the nature of the market itself and specific conditions of a particular criminal market may be important factors of entry for women, while also influencing the level and the pattern of a woman’s involvement. The sex trade, for instance, is a terrain for more trusting and smoother relationships between and among female entrepreneurs and sex workers. In addition, the sex trade does not offer sufficient profits to warrant the involvement of male ‘seriously organised criminals’, and there are cultural aspects relating to the sex trade that do not seem to appeal to male entrepreneurs. This confluence of factors creates an opportunity for female criminal entrepreneurs to operate and succeed in the sex trade.

Finally, it is important to recognise that criminal market activities in China – and by extension female participation in them – are an intrinsic part of the general culture and economy, which is shaped by China’s pro-market turn. The economic reforms facilitated the emergence of criminal markets in a variety of ways. Primarily, they introduced a new ethos of entrepreneurship, emphasising success regardless of one’s approach. In turn, the increasing political emphasis on market forces has promoted a blurring of the legal and the illegal sectors. In this context, women are no different from men when considering their participation in criminal market activities and, although they are structurally constrained, some are highly competent, well connected and situated in the ‘right’ criminal market, namely one full of structural prospects.

Anqi Shen is Reader in Law at Teesside University, UK. She is the author of Offending Women in Contemporary China: Gender and pathways into crime (Palgrave Macmillan, 2015). E-mail: Anqi.Shen@tees.ac.uk. The current article is based on a chapter appearing in Antonopoulos, G.A. (ed.) Illegal Entrepreneurship, Organised Crime and Social Control (Springer, 2016).

Georgios A. Antonopoulos is Professor of Criminology at Teesside University. His research interests include ‘organised crime’ and illegal markets. His latest book Fake Meds Online: The Internet and the Transnational Market in Illicit Pharmaceuticals (with Dr. Alexandra Hall) will be published in September 2016. E-mail: G.Antonopoulos@tees.ac.uk