Sexual subjects on the move across the Taiwan Strait

Home /China, Taiwan/Sexual subjects on the move across the Taiwan Strait 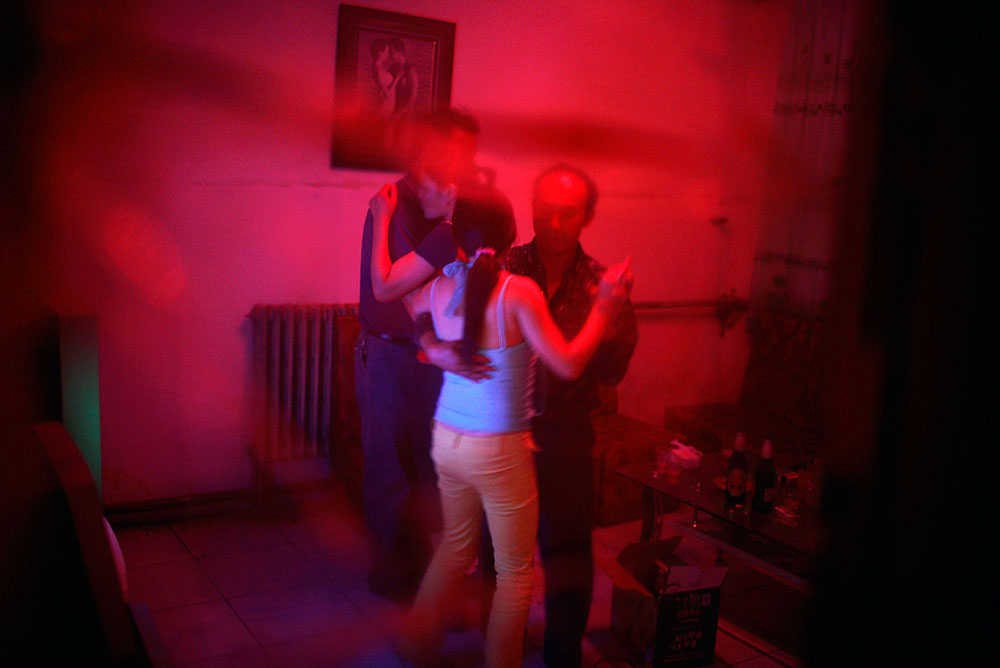 Since Taiwan lifted martial law in late 1987, Chinese women have come to Taiwan in increasing numbers as spouses, students and tourists. A further cohort has arrived as undocumented migrant workers, seeking economic opportunities and a better life. However, many of these women end up seeking survival in the sex industry. During the same period, Taiwanese men have become major sex buyers in other ‘markets’. Not surprisingly, China is one of the most popular destinations because of intense cross-Strait economic interactions, comparatively low prices charged by the Chinese sex trade, geographical proximity and cultural intimacy in terms of language and ‘race’. Although both transnational movements by Chinese women and Taiwanese men are related to commercial sex, their border-crossings are defined and treated very differently on both sides of the Taiwan Strait. The former is either labelled as smuggling mainland women (known disparagingly as dalumei ‘大陸妹’) or ‘fake marriage, real prostitution’ (假結婚真賣淫) and linked to ‘trafficking in women’. The latter meanwhile is widely welcomed as tourism by ‘Taiwanese compatriots’ (台灣同胞).

Since the early 1990s, undocumented Chinese sex workers have been prominent in the Taiwanese sex industry. The majority of these undocumented women are young girls from rural areas of Fujian or migrants from poor provinces across China, who are either desperate to escape poverty or eager to embrace a ‘modern’ lifestyle. They are usually recruited by a ‘snake head’ (人蛇), who arranged Taiwanese fishing boats for transporting them to Taiwan, and they have to work in the sex industry after their arrival to pay back their debt. In my research I have found that some women knew the kind of work expected of them before heading to Taiwan, while others felt cheated or were forced to become involved in commercial sex work. They were subject to a variety of working conditions and developed a range social relations with third parties in Taiwan, creating a spectrum of personal experiences which cannot be reduced to simple exploitation. Nonetheless, they are all considered criminals due to their status as ‘illegal’ migrants and the fact that sex work is criminalised in Taiwan. Although some of them manage to survive well and regularly send back remittances to China, others appear to be more vulnerable and seem to be severely exploited by third parties in the Taiwanese sex industry. The term ‘dalumei’ refers to women who would do whatever it takes to exchange sex for money, while it also constructs them as poor sexual victims.

Due to the complicated political relationship between Taiwan and China and the stigmatised image of ‘dalumei’, Chinese migrant women are either considered ‘enemies within’ who might undermine Taiwanese national security, or social parasites who expect to live on social welfare. Compared to migrant women from Southeast Asia, Chinese marriage migrants are subject to institutionalised discrimination when it comes to obtaining Taiwanese nationality and citizenship. It currently takes Chinese spouses at least six years to obtain Taiwanese nationality and full citizenship. Chinese spouses are socially constructed as being dependent on their husbands and subject to the domination of their husbands. This creates a vicious circle whereby Chinese migrant women are despised and mistreated by their Taiwanese husbands, and turn to informal sectors or the sex industry for survival. This development subsequently reaffirms the stigma of ‘dalumei’ as women who ‘come to Taiwan to prostitute themselves’. It also provides a justification for the government to tighten its border controls targeted at Chinese migrant women.

After the Taiwanese government adopted a ‘fake marriage’ test, in which all Chinese women are assumed to be prostitutes and subjected to intense scrutiny, the flow of sexual migration across the Taiwan Strait has gradually been reversed. Currently, it is mostly Taiwanese men who travel to China to seek sexual pleasures. Although Taiwanese men are indeed crossing a national border to China, they are issued Taibaozheng (台胞證) by the People’s Republic and called ‘Taiwan residents’ to reaffirm that ‘Taiwan is part of China’. Compared to Chinese migrant women, who suffer from rigid border controls, Taiwanese men are welcomed at Chinese customs and free to move around the country once they have entered.

Taiwanese men who buy sex in China come from a variety of social classes. Drivers of this trend are the tremendous amount of information on the Internet and the many sensational stories shared by friends who have already experienced the Chinese sex industry. The economic hierarchy between Taiwan and China makes it possible for Taiwanese lower or working class men to enjoy cheap sexual holidays and the feeling of ‘upward mobility’ in China. Crossing borders to buy sex in China therefore signifies crossing multiple social boundaries, enabling them to engage in a specific type of sexual consumption, which is reserved for their upper- and middle-class counterparts back home.

Taiwanese websites describing buying sex abroad demonstrates that male narratives about sex in China are different from those about Southeast Asia. The use of military terminology to make fun of their sexual trips to China is particularly notable. Buying sex in China is commonly made fun of as ‘counterattacking Mainland’ (反攻大陸). Members of these websites rarely use the stigmatised term ‘maichuntuan’ (買春團) to refer to themselves and instead use ‘jiuguotuan’ (救國團), which literally means ‘saving the nation group’. Moreover, military terminology is mobilised to differentiate experienced and inexperienced sex buyers. Some men even collect women’s pubic hair, mobile phone numbers and QQ accounts as ‘war trophies’.

Sexual migration across the Taiwan Strait, be it by Chinese migrants or Taiwanese sex buyers, is complicated and shaped by many socio-economic, cultural and political relations.

Mei-Hua Chen (PhD, Centre for Women’s Studies, University of York, UK) is an Associate Professor at Department of Sociology, National Sun Yat-Sen University, Taiwan. She currently teaches Gender and Sexuality, Masculinities, Gender and Work and her research examines the ways in which migration has an impact on Chinese migrant sex work in Taiwan, and how sexuality intersects with gender, class, nationality and global economic hierarchy in Taiwanese men’s sex tourism in China.

Corruption and the Death Penalty
Child Trafficking in China