Tsai Gets Passing Grade for Apology to Taiwan’s Aborigines 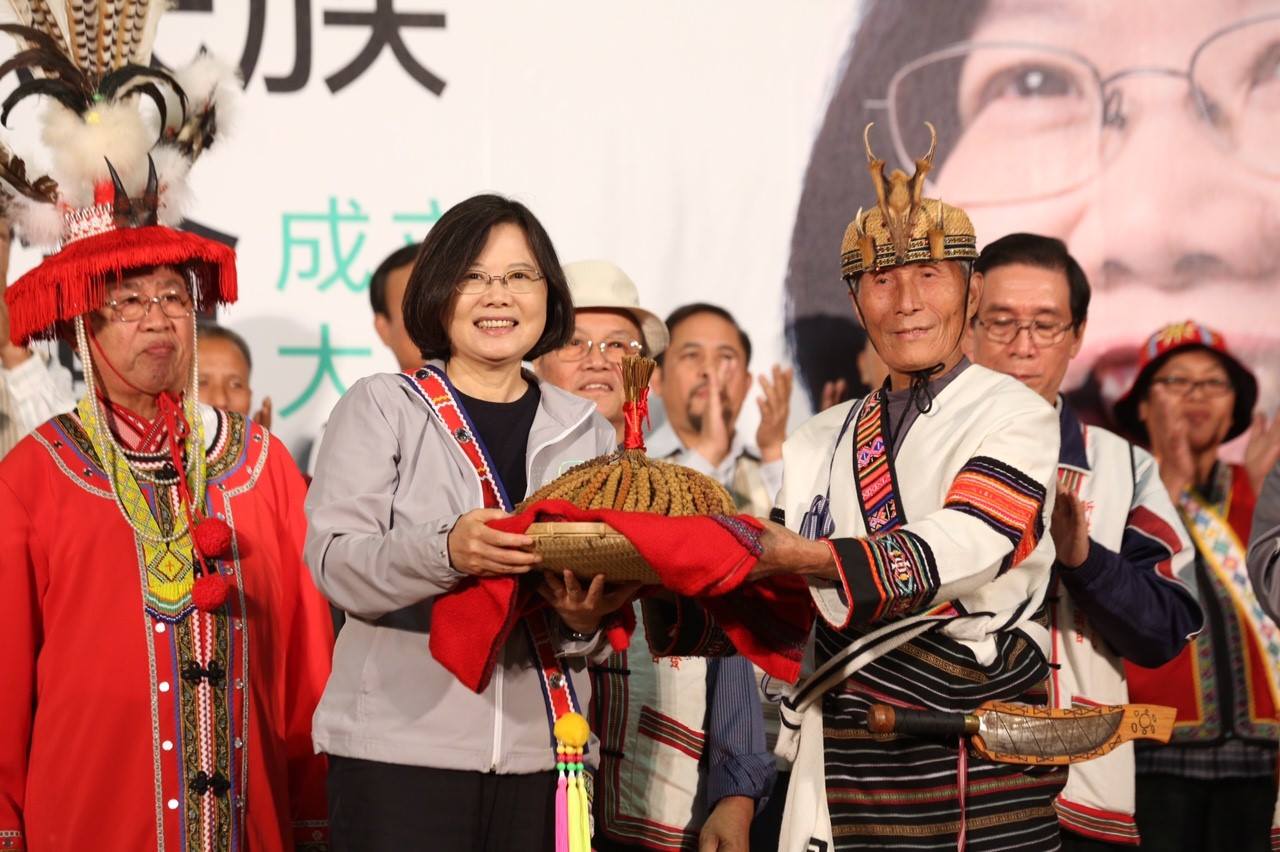 It was a move that many saw as unnecessary — and an unnecessarily risky. In a highly publicized event at the Presidential Office in Taipei earlier today, Taiwanese President Tsai Ing-wen (蔡英文) formally apologized to the nation’s Aborigines for the unfair treatment they received over the past 400 years.

In the weeks leading to today’s event, a number of activists and members of Aboriginal communities across Taiwan had wondered why President Tsai felt compelled to apologize to the land’s first inhabitants. For many of them, the ceremony would be simply that — a grandiose, well publicized exercise in public relations which, in the end, would not yield the morsel that’s always been missing: substance.

Critics said that from day one the consultations in preparation for the event had been limited to a small group of individuals who were largely unrepresentative of and unaccountable to the Aboriginal communities.

To make matters worse, the list of Aboriginal delegates who were invited to attend the morning ceremony was reportedly kept secret, and rumors circulated that the Lanyu (Orchid Island) nuclear waste issue would not be on the agenda.

At the weekend, hundreds of Aboriginal activists gathered on Ketagalan Boulevard outside the Presidential Office to protest. For a while there was even talk that an attempt could be made to disrupt Monday’s ceremony. Some prominent Aborigines who were invited also chose to boycott the event. For them, the whole thing wouldn’t be worth their time if it was limited to the usual “Han” empty talk and did not include real restitutive measures as well as a commitment to including Aboriginal issues in the administration’s truth and reconciliation efforts — not as an appendage to it, but as part and parcel.

With several foreign guests and media in attendance, the ceremony, broadcast live on the Presidential Office website, began at 9:30 am and ended a little after 11 am. For the most part, people were pleasantly surprised, including those who were waiting on the sidelines to pounce on Tsai for wasting an opportunity to make history and unnecessarily opening the floodgates of criticism.

The biggest surprise, perhaps, was that rather than skip the Orchid Island nuclear waste issue, Tsai placed it at the top of the agenda, which hopefully is indicative of her desire to address this blemish on Taiwan’s honor (and real health hazard for the inhabitants of the island) once and for all.

Her apology also hit most of the right notes on truth and reconciliation, though protesters outside the Presidential Office, some of whom scuffled briefly with security before the ceremony, complained that Tsai had failed to promise that dialogue would occur on a nation-to-nation basis.

It could have been far, far worse, and by handling it relatively well, President Tsai has probably dodged a bullet. Still, a successful ceremony is only the first, and probably the easiest, in a long series of steps that will need to be taken to right the many wrongs that were done to Taiwan’s Aborigines in the past. Treating Aborigines as equals rather than subjects (in other words, as a nation on equal footing with Taiwan’s “Han” majority sharing the same land), and giving them the decision-making powers that are rightfully theirs, will be the difficult part. Among other things, this will necessitate going against vested interests and longstanding practices of co-optation and assimilation. It will also entail yielding some authority — and yes, territory — to first nations.

President Tsai has a chance to make history with this and to once again demonstrate that Taiwan can truly be a beacon of progressiveness. But to do so she, along with officials in her administration, will have to translate this morning’s beautiful rhetoric into concrete action. The real test begins when Tsai soon unveils her administration’s future Aboriginal policies.

J. Michael Cole is chief editor of The News Lens International, a senior non-resident fellow with the University of Nottingham’s China Policy Institute. This article was first published on The News Lens and can be found here. Image credit: The News Lens