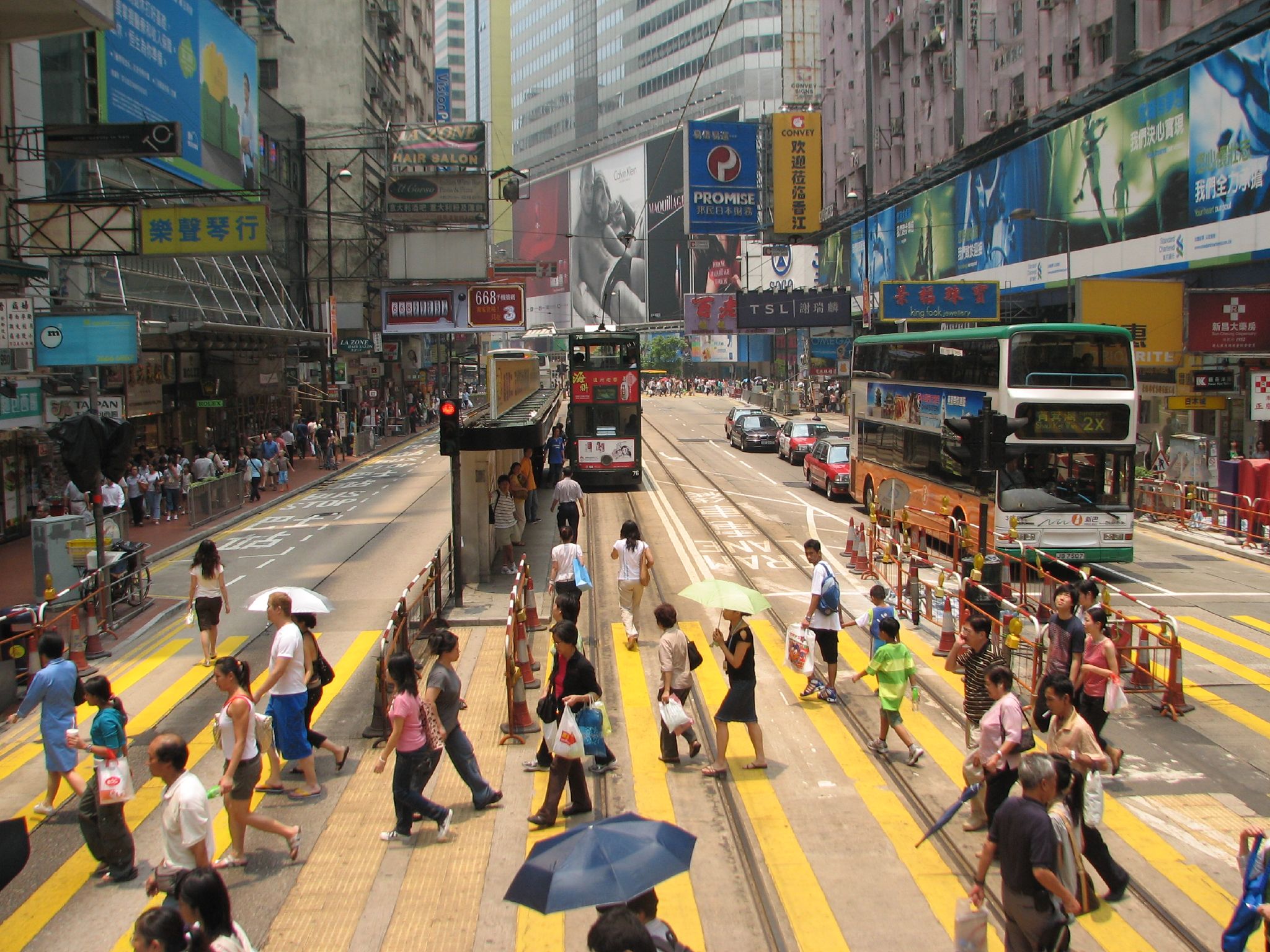 Since the return of Hong Kong to China on July 1, 1997, cross-border crimes have surfaced repeatedly. Mainland Chinese have been involved in illegal activities in Hong Kong, including drug trafficking, cross-border prostitution, human smuggling, and even attempted kidnapping of a few wealthy people. On the other hand, Hong Kong citizens have committed criminal offences on the mainland, such as triads, which have recruited mainland members, and promoted office bearers in Shenzhen.

A new grey area of cross-border crime existing between mainland China and Hong Kong is telecommunication fraud, which involves Taiwanese perpetrators collaborating with criminals from the mainland to cheat people from Hong Kong and mainland China through their telephone deception bases in countries like Kenya, Indonesia and Malaysia. Many Hong Kong people were affected by this type of scam and suffered financial losses in 2014 and 2015, leading to not only to swift police cooperation between Hong Kong and mainland China, but also to a series of crackdown on telecommunication fraud syndicates composed of mainlanders and Taiwanese.

Recently, another new cross-border crime has emerged: A few Hong Kong people published politically sensitive books on China, and mailed or delivered these books to customers in mainland China. The famous case of Lee Bo, the former owner of the Causeway Bay Bookstore, illustrates this complex issue. Lee disappeared in Hong Kong in late 2015 and the Hong Kong media widely reported that he was suspected of having  been “kidnapped” or “abducted” and brought back to the mainland by mainland security agents. However, Lee later returned to Hong Kong and publicly denied that he was “kidnapped.” His “voluntary” return to China, supposedly in order to help the mainland authorities investigate the suspected criminal activities of his colleague Gui Minhai, seemed mysterious to outsiders. Gui had suddenly disappeared in Thailand in late 2015 and the Hong Kong media widely reported that his politically sensitive books, which were published by the Mighty Current publisher, were what had caused him trouble.

Another mysterious case involved Lee’s colleague, Lam Wing-kee, a manager of the Causeway Bay Bookstore, who disappeared during his trip to the mainland. In July 2016, Lam returned to Hong Kong and became a whistle-blower, claiming that mainland authorities had “brought” him from Shenzhen to Ningbo. But the mainland police later publicly asserted that Lam had committed an the offence of operating a business “illegally” in the mainland, i.e. that he had mailed politically sensitive books to mainland customers. Lam also revealed that he had been asked by mainland police authorities to return to Ningbo with a hard drive containing the names of mainland customers. The incident caused a public outcry in Hong Kong, where some democrats and human rights activists said that the Hong Kong government should have protected the rights of the people of Hong Kong, like Lam, who suddenly disappeared in the mainland and whose detention was not made known to the Hong Kong side for months.

From the perspective of the mainland police, however, Lam committed “cross-border crime” in mailing politically banned books to the mainland. From the perspective of the Hong Kong government, the crux of the problem is whether the should be a notification mechanism, which informs the Hong Kong counterpart in a timely manner and through a standardised procedure when a Hong Kong resident commits a criminal offence in the mainland and is arrested for it by the police.

The Lam case triggered a visit led by the Hong Kong Secretary for Justice, Rimsky Yuen, to the mainland. The legal and police authorities on both sides of the border eventually met, leading to a consensus on July 28 that a notification mechanism should be established, and that there should be four principles in handling any Hong Kong citizen involved in “cross-border crime” and detained in the mainland: “acting in accordance with the law, embracing differences, identifying mutually beneficial grounds, and protecting human rights.” In other words, Hong Kong’s police will now be notified of the situation of Hong Kong residents, who are suspected of having committed cross-border crime and subsequently detained in mainland China.

However, the issue of how to handle cases like Lam’s raises other complex and controversial questions: Is Hong Kong becoming a safe haven as some pro-Beijing commentators have argued, for Hong Kong people who violated mainland law? Did mainland agents really, as some critics of the mainland Chinese government claimed, “violate” the “one country, two systems” by going into Hong Kong and “abducting” Lee Bo? Is the “one country, two systems” in Hong Kong operating in a way that limits the freedom of publication in Hong Kong? The implication of the cases at hand is as follows: As long as the people of Hong Kong publish politically sensitive books on China and keep these books within the Hong Kong border by not mailing or otherwise delivering these books to the mainland, they are free to publish what they want. However, if they mailed such banned books on China to the mainland, they would violate the mainland law. It has actually been an open secret for many years that mainland customs authorities confiscate politically sensitive books, newspapers and magazines published in Hong Kong whenever visitors from Hong Kong or mainland tourists bring them back to China through the Hong Kong border.

In fact, the case of Lam demonstrated that some politically sensitive books with possibly confidential information about mainland leaders, leaked by mainland officials, cannot be mailed or brought back to the mainland from Hong Kong. Some of these books also contained information that was fabricated and unsubstantiated rumours. However, according to Lam, one book on President Xi Jinping trying to imitate Russian leader Vladimir Putin in perpetuating his rule in mainland China was highly sensitive from the mainland security perspective. He revealed that he had been questioned repeatedly on the content and sources of this book during his time in mainland China. Other politically sensitive books dealt with topics such as leadership struggles, factional politics, military information, corruption of high-ranking cadres and officials, the overseas assets of corrupt officials, sex scandals involving members of the ruling Chinese Communist Party, and the love affairs of top Chinese leaders. Some of these books were believed to antagonize top officials and people being named in the various scandals.

In a sense, Hong Kong people who dared to publish politically sensitive books on China ran the risks of testing the bottom line of political tolerance of these mainland stakeholders. From the perspective of the mainland security apparatus, these books were definitely causing potential socio-political instability because they spread unfounded rumours among mainland citizens, especially those who bought and read them. In other words, while the Hong Kong book publishers might have believed that they exercised their freedom of speech in Hong Kong through the production of politically sensitive books about China, the mainland security and police authorities firmly believed that these people undermined not only socio-political stability but also the national security interest of the central government in Beijing.

In short, cross-border crime between Hong Kong and mainland China has evolved significantly from traditional modes of human smuggling, drugs trafficking and kidnapping to new forms involving the mailing of politically sensitive books from Hong Kong to the mainland. Although the police on both sides of the border reached a consensus on the need to establish a notification system, critics of the mainland government still maintain that the rights of the people of Hong Kong, especially those like Lam who hold permanent residency in the territory, have not been fully protected. Perhaps under the sovereignty of a paternalistic regime of China, some Hong Kong people who produced, published, mailed and otherwise delivered politically banned books about China to the mainland were bound to be seen as those committing “cross-border crime.” It remains to be seen whether the Lee Po and the Lam Wing-kee incident are going to deter other Hongkongers from continuing to publish politically sensitive books about China.

The freedom of publication in Hong Kong certainly has its political limits if the publishers attempt to mail and/or bring back politically sensitive publications to mainland China. The bottom line of the mainland security and police authorities has been clearly tested, exposed and clarified in the Lam incident, if not necessarily the case of Lee Po who denied that he had been politically “abducted” and who had added that he would no longer do things harmful to the interest of his motherland. The varying impacts of the book publisher incidents can easily be seen in the different responses of Lee and Lam, with the former’s denial indicating his fear of the political pressure from “one country” and the latter’s whistle-blowing demonstrating the defiant attitude of some Hong Kong people, who firmly believe that they have to fight for the “two systems.”

Sonny Lo is Professor in the Department of Social Sciences at The Education University of Hong Kong. His recent publications include “The Politics of Controlling Organized Crime in Greater China” and “Hong Kong’s Indigenous Democracy”. Image Credit: CC by Andreas./flickr