Europe and China after Brexit 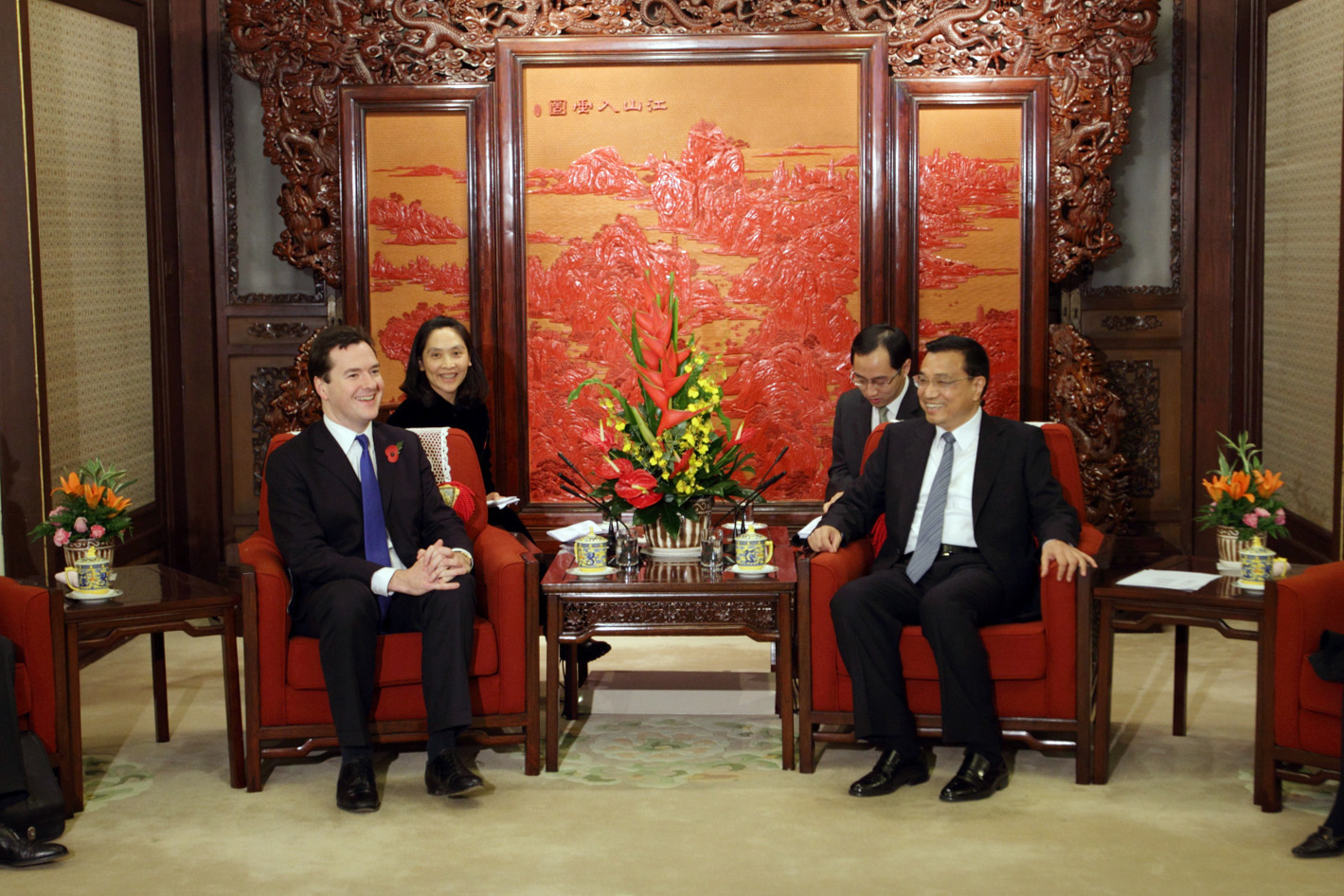 This article discusses the potential implications on political and economic relations between Europe and China in the wake of the United Kingdom’s (UK) decision to leave the European Union (EU) after its referendum of 23rd June 2016 – an event colloquially known as “Brexit”. Despite the pledges from both EU and Chinese political elites at the recent EU-China Summit in Beijing that Britain’s departure from the European club of nations will not harm ties between the two economies, there are real and pressing issues that need to be analysed that will shape future policy priorities for China, for the EU, and for the UK. Three aspects stand out: economic instability and currency depreciation in China’s European export markets, the balance of power within the EU between free-traders and inherent protectionists over decisions that shape the EU’s trade relationship with China, and the challenges facing the UK as it gears up to take on direct bilateral negotiations in many policy areas hitherto pooled as a community competence to Brussels.

Global economic stability matters greatly to China’s development strategy. The objective to achieve the rebalancing of the Chinese economy from an over-reliance on state-sponsored infrastructure investment, assembly-hub low-cost manufacturing and property speculation to one led by domestic consumption and indigenous high-tech innovation is still very much a work-in-progress. Despite second quarter growth figures that show room for some optimism, the underlying structure of the economy currently appears to be continuing along its traditional pathways with all the attendant risks that this implies. All of this makes China’s capacity to absorb external shocks to the global economy that much more fragile – and Brexit has been a shock.

The UK’s decision to leave the EU has impacted China’s most important trading partner in a number of ways. It has created political uncertainties and investment dilemmas that are likely to have negative impacts on the region’s economic growth and aggregate demand in both a Eurozone that has yet to fully emerge from its own long-drawn-out financial crises and a UK that has in the past been an attractive Chinese investment destination as a stable gateway to the European continent. In July 2016, the IMF predicted decelerating growth for the Eurozone, citing “the negative impact of the UK referendum outcome” whilst also pointing to growing “downside risks” that included the potential for further spillovers from the result. Moreover, the referendum result has led to depreciation for both the Euro and Pound Sterling against the US Dollar (and thus also against the Chinese RMB), exacerbating demand-side strains for Chinese exports.

The EU is China’s second most important export destination after the United States and any negative impact on demand for goods, howsoever caused, risks destabilising the export processing sector in China. Whilst unlikely to be of the scale of dislocation experienced in 2009, Chinese jobs in both trade and dependent non-trade sectors remain significant and, coupled with future employment uncertainties in areas of industrial overcapacity such as China’s coal mining, iron ore extraction, and steelmaking sectors, will add further reasons for concern over domestic stability amongst decision-makers in Beijing’s Zhongnanhai government compound. All of this may prompt further devaluation of the RMB to preserve export competitiveness that will add to an already combustible international economic outlook.

The impact of Britain’s decision will also directly influence the likely future shape of European decision-making in respect to the EU-China trade relationship, which is a policy area of critical significance to both parties. This is because Brexit will inevitably change the balance of influence within the EU’s institutions between those who favour a more sympathetically engaged viewpoint over China’s economic development and reform strategy versus those that want the Union to flex its muscle in defending domestic markets against perceived unfair dumping and subsidy tactics of Chinese exporting firms. Britain was a major actor in the former group and the country’s departure from the EU will be a blow to the Chinese.

Whilst Germany will likely continue to support initiatives that sustain open trade with China, arithmetic after the UK’s exit of qualified majority voting, which governs most legislative decisions within the Council of the European Union when consensus cannot be reached, will mean that a Chinese ally with over 12% of the vote will disappear, leaving southern European states such as Italy and Spain amongst others with a potential blocking minority. This is shown most pointedly by ongoing and tense debates within the EU about whether and when to grant Market Economy Status (MES) to China, where these divisions are particularly visible. Of course, the UK will continue to be a full member of the EU until the timelines set out by Article 50 of the Treaty on European Union have run to conclusion, which will likely overlap with the MES decision.

However, the issue of MES is only part of the story. The other debate that worries China, even more, is how the EU might modify its trade defence instruments (TDIs) in light of the MES disagreements that will include a review of how the bloc applies the lesser duty rule. This is a much more complex task and likely to last beyond the UK’s membership, meaning the shape and character of new TDI rules could well have a very different feel to those that might have been in place had the UK remained, given that Britain has previously helped to block any such reform moves. The risk of creating a more protectionist edge to the EU’s attitudes towards China in the absence of the UK as a member is now a source of genuine concern.

Whilst these dimensions impact China’s relations with the EU as a whole, its bilateral relationship with the UK is also bound to change. At the most obvious level, Britain will now need to negotiate its own trading relationship with China, having been covered by agreements forged in Brussels for the last four decades. The new British government has already made clear its enthusiasm as soon as possible. But significant challenges and complexities lie ahead for both parties.

For the UK, one of its most pressing problems might be securing sufficient human resources with the right skills. Britain will need to consider an appropriate strategy in respect to what is actually wanted from a preferential trade agreement with the Chinese, such as the extent to which improved market access is important compared to promoting greater inward investment from China. Whilst these need not be mutually exclusive, China’s lack of market access reciprocity in a number of sectors with economies such as the EU and the United States highlights the extent of the task facing the UK as it seeks to unlock access hitherto closed to others. Separately, the UK will need to consider its priorities in terms of defining the interests of its import-dependent industries versus its import-competing sectors in respect to China and design trade supportive and trade defence measures accordingly.

The UK’s evolving financial services relationship with China as an offshore RMB hub will likely be an important part of negotiations with both the Chinese and the European Commission, especially in respect to Britain’s future licensing rights for selling specialist finance products and services across the EU’s single market. An updating of the UK’s own Bilateral Investment Treaty (BIT) with China may also be needed to take better account of contemporary complexities that may not be fully reflected in the first version signed in May 1986.

For China, the issue is mainly one of the priorities. There is compelling evidence to suggest that China’s principal strategy right now is to negotiate trade agreements with major groups of nations that overlap most closely with its interests, such as RCEP as a regional defence against TPP and FTAAP as a way to consolidate its long-term success across the Asia Pacific. In a European context, the Chinese have long made clear their desire to move forward towards negotiating an EU-China FTA once they have successfully concluded ongoing (and sometimes fraught) discussions with the European Commission over an EU-wide BIT. Where in this geostrategic panoply the UK would reside is rather difficult to determine, given its level of attraction as a single-country market. The advantages of the UK’s current open attitude towards inward investment are certainly attractive, as is the potential for closer collaboration in knowledge exchange and innovative product development where, according to the Global Innovation Index, Britain’s capabilities and China’s needs overlap. In the end, however, it will be political will and policy priorities on both sides that will drive the likelihood of fast-tracking future negotiations.

The most obvious conclusion to draw from this analysis is that there is still much that is uncertain about the future, for all parties. It will take time – probably rather longer than is currently being predicted – for the new UK government to fully define its position regarding future relations with China, a more politically complex partner than any other Britain is likely to encounter. In its most recent strategy paper on future relations with China published on 22 June 2016, the Commission’s European External Action Service (EEAS) reiterated key principles of engagement with China to achieve a “reciprocal” and “win-win” relationship, whilst also stating that the EU must project “a strong, clear and unified voice in its approach to China.” The extent to which that can be achieved in the new realities now present across the continent will come to define the next few years in  EU-China relations, in UK-China relations, and in UK-EU relations.

Paul Irwin Crookes is Lecturer in the International Relations of China and Director of Graduate Studies for the School of Interdisciplinary Area Studies at the University of Oxford. He has research interests in EU-China relations, China’s innovation capabilities, and the evolution of global governance. His most recent publication is The Politics of EU-China Economic Relations: An Uneasy Partnership (co-authored with John Farnell) published in July 2016 by Palgrave Macmillan. Image Credit: CC by HM Treasury/flickr.

Can Japan tempt Russia into an alliance against China?
Individual Rights and Corporate Identity in Xi’s China