China and the UN Convention Against Corruption: A 10- year appraisal

Home /China, China-EU/China and the UN Convention Against Corruption: A 10- year appraisal 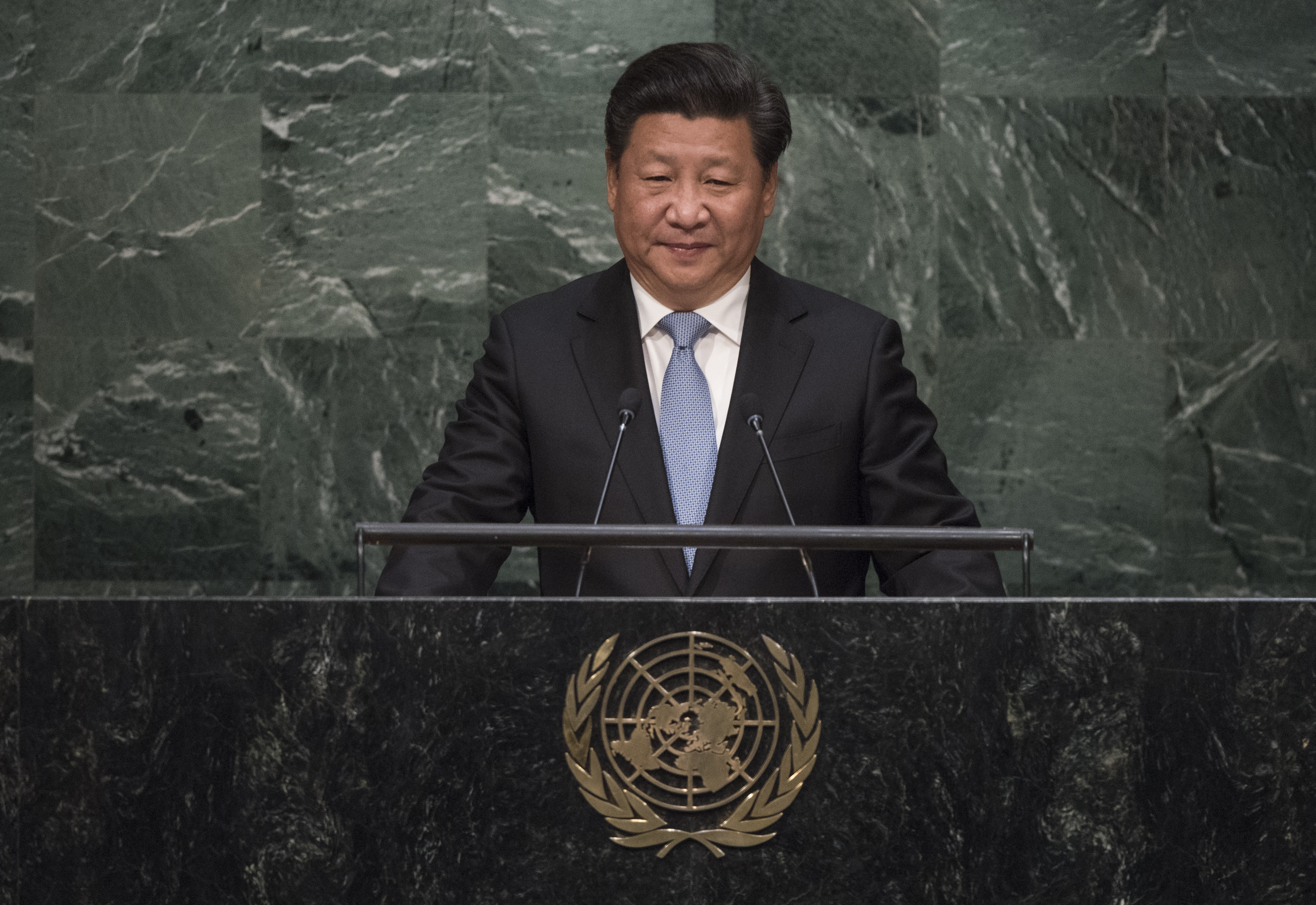 The tenth anniversary of China’s ratification of the UN Convention Against Corruption (UNCAC) offers a timely opportunity for an appraisal of its engagement with the global anticorruption regime. Two questions are important in this regard. Has China’s socialization in the UNCAC framework initiated the adaptation of its anti-corruption policies to international standards and best practices promoted by the Convention? And what is China’s role in UNCAC’s institutionalisation  process?

UNCAC is the most comprehensive international anticorruption instrument. Its 71 articles, compared to just 17 in the OECD Anti-bribery Convention, significantly expand the definition of corrupt activities, provide a framework for states to address cross-border corruption, and create a platform for international and bilateral cooperation in asset recovery and extradition. The Convention has 140 signatories and includes key countries, notably China and India.

The Convention’s framework is comprised of 5+1 pillars:

Preventive Measures, which include provisions for the establishment of independent anticorruption bodies, codes of conduct for public servants, and measures to improve accountability in public finance;

Criminalization and Law Enforcement, which expand the legal definition of corruption to include ‘trade in influence’, private sector corruption and offences committed in support of corruption;

International Cooperation, which promotes mutual assistance in investigations, transferring evidence to courts, and confiscation of the proceeds of corrupt activities;

Asset Recovery, creating a framework that countries without bilateral agreements on asset recovery and extradition can use to overcome legal and technical problems arising from the incompatibility of national legislation;

Technical Assistance and Information Exchange in the form of expert forums, workshops, joint training programs and sharing of legal and technical know-how.

In addition, article 13 encourages states to promote the active participation of civil society in anticorruption policies and in the UNCAC implementation monitoring.

China and the formation of the UNCAC

Chinese anti-corruption policies and institutions have been criticized for a lack of transparency and independent oversight, the political dependency and vulnerability of the judiciary, weak systems for routine prevention and the exclusion of civil society actors. Anticorruption policy is dominated politically and institutionally by the Party which strives to maintain its legitimacy by “cleaning itself” mainly through the periodic intensification of normative and punitive measures targeting its personnel during the so-called anticorruption ‘campaigns’. Experts view the CCP as a bottleneck to the modernization of Chinese anticorruption policy.

Despite the heavily politicized nature of corruption, China has been an active supporter of the Convention from its formative stages and was among the first countries to ratify it. Although this may sound paradoxical given the CCP’s sensitivity towards corruption, China had three clear motives for staying closely engaged with the formative process of the UNCAC.

First, as the wave of “naked officials” (裸官, officials who flee abroad with illegally obtained assets and funds) emerged in the late 1990s, Chinese authorities realized the importance of international cooperation in repatriating fleeing individuals and stolen funds. Back in 2000, China had a very limited number of extradition and asset recovery agreements, while its use of capital punishment for corruption offences is still a major obstacle for cooperation with Western countries. Characteristically, Lai Changxing, responsible for a $3 billion fraud, fled to Canada in 1999 and was extradited only after 12 years of negotiations and China’s promise not to apply the death penalty.

Second, anticorruption efforts at an international level have generated considerable legislative, institutional, investigative and policy innovation and China sought to find a channel for regular access to this valuable know-how.

Third, China’s non-engagement in the formative phase of the UNCAC would have made it harder to join at a later stage. As China learned from its WTO negotiations, admission as a latecomer in a well-institutionalised regime requires extensive alignment of domestic legislation, policies, and administrative structures.

During negotiations, China and other developing countries insisted on the supremacy of domestic order in the implementation of the UNCAC’s principles. As a result, states have considerable flexibility in their interpretation of key aspects of the Convention, including the commitment to establish an independent anticorruption authority and to facilitate the participation of civil society.

In the crucial question of creating a Mechanism for the Review of Implementation (MRI) of the UNCAC, China blocked the ambitious plans for compulsory independent assessments proposed by various NGOs and some European governments. Following long negotiations, in 2009 China agreed to a voluntary MRI and entirely based on self-assessment, while there are no mandatory provisions for follow-up actions on compliance and the publication of reports. To sum up, China attempted to influence the form of the emerging anticorruption regime to ensure that its national policies and priorities are compatible with its international obligations.

Empirical evidence suggests that China has built on its participation in the UNCAC to increase its engagement with regional and international anticorruption forums and task forces. The International Association of Anti-Corruption Authorities (IAACA), an association of anticorruption agencies was established in 2009 in Beijing and hosts annually the Corruption Prevention Workshop during which anticorruption authorities exchange experiences and know-how. China has also successfully increased its bilateral cooperation on extradition and asset recovery as the UNCAC offered the framework for ad hoc cooperation on specific cases even when formal agreements were not in place. In addition, the enactment of new legislation on the bribery of foreign officials, asset recovery, and money laundering shows a new awareness of the transnational dimension of corruption and its complexity as a domestic policy area.

In 2007 China established the National Bureau of Corruption Prevention (NBCP) to comply with the UNCAC. The NBCP has no teeth and no autonomous role in the fight against corruption, as its functions are restricted to the dissemination of information, education, and international cooperation, essentially acting as an arm of the Party’s powerful anticorruption agency, the Central Commission for Discipline Inspection.

Overall, despite some limited progress in implementing the ‘spirit’ of the Convention, China’s resistance to the inclusion of civil society and the creation of a comprehensive compliance mechanism are indicative of its selective attitude towards the UNCAC.

China and the UNCAC under Xi

China’s crackdown on anticorruption activists and its tight control of information on its current campaign demonstrate that Xi is even more allergic than his predecessors to non-Party controlled participation and input in the Party’s ‘struggle’ against corruption. His campaign has been characterized by the intensification of established practices and limited institutional and policy innovation.

Similarly, Xi Jinping’s administration has not demonstrated any aptitude for global leadership in this policy area. In fact, the deepening of China’s regional and international engagement with anticorruption initiatives and institutions took place almost exclusively in the Hu-Wen era. Up to today, China has still not published its self-assessment as part of the 2012-2015 UNCAN review cycle.

International anticorruption cooperation for Xi refers exclusively to repatriating fleeing officials and stolen funds. In November 2015, during the latest Conference of Parties in St Petersburg, China repeated its conservative vision of the UNCAC as mainly a platform for cooperation in the field of asset recovery. The PRC delegation answered to mounting pressure for a stronger and routinized MRI by advocating a “pragmatic approach” to future institutionalization of the UNCAC in a way that does not interfere “in the signatories’ internal affairs”. It is safe to predict that at least until the current anticorruption campaign is concluded we cannot expect an improvement in China’s form of engagement with the UNCAC. Regretfully, China’s views are also shared by authoritarian regimes and many developing states.

To conclude, China’s acculturation with UNCAC norms and values and its adoption of best practices in policy and legislative innovation is, at best, a rather slow and incremental process. The PRC has engaged in ‘tactical learning’, selectively adopting legislation and strategically engaging in international cooperation to enhance its domestic capacity on certain aspects of anticorruption. At the same time, its norms and institutional setting remain aligned to the regime’s outdated understanding of the problem as an exclusively internal affair that Party organs need to solve. But as the case of environmental protection has shown, promoting good governance requires improving administrative capacity alongside opening up spaces for the participation of non-state actors, freeing up the dissemination of information and strengthening judicial power and autonomy. In this regard, UNCAC provides a unique opportunity for states not only to institutionalize international cooperation but also to improve their national anticorruption policies and promote the rule of law. Unfortunately, the 10th anniversary of China’s ratification of the Convention offers no grounds for celebration on these two fronts.

Individual Rights and Corporate Identity in Xi’s China
Europe, AIIB and reconfiguring the geography of capitalism