Europe, AIIB and reconfiguring the geography of capitalism

Home /Politics/International Relations/Europe, AIIB and reconfiguring the geography of capitalism 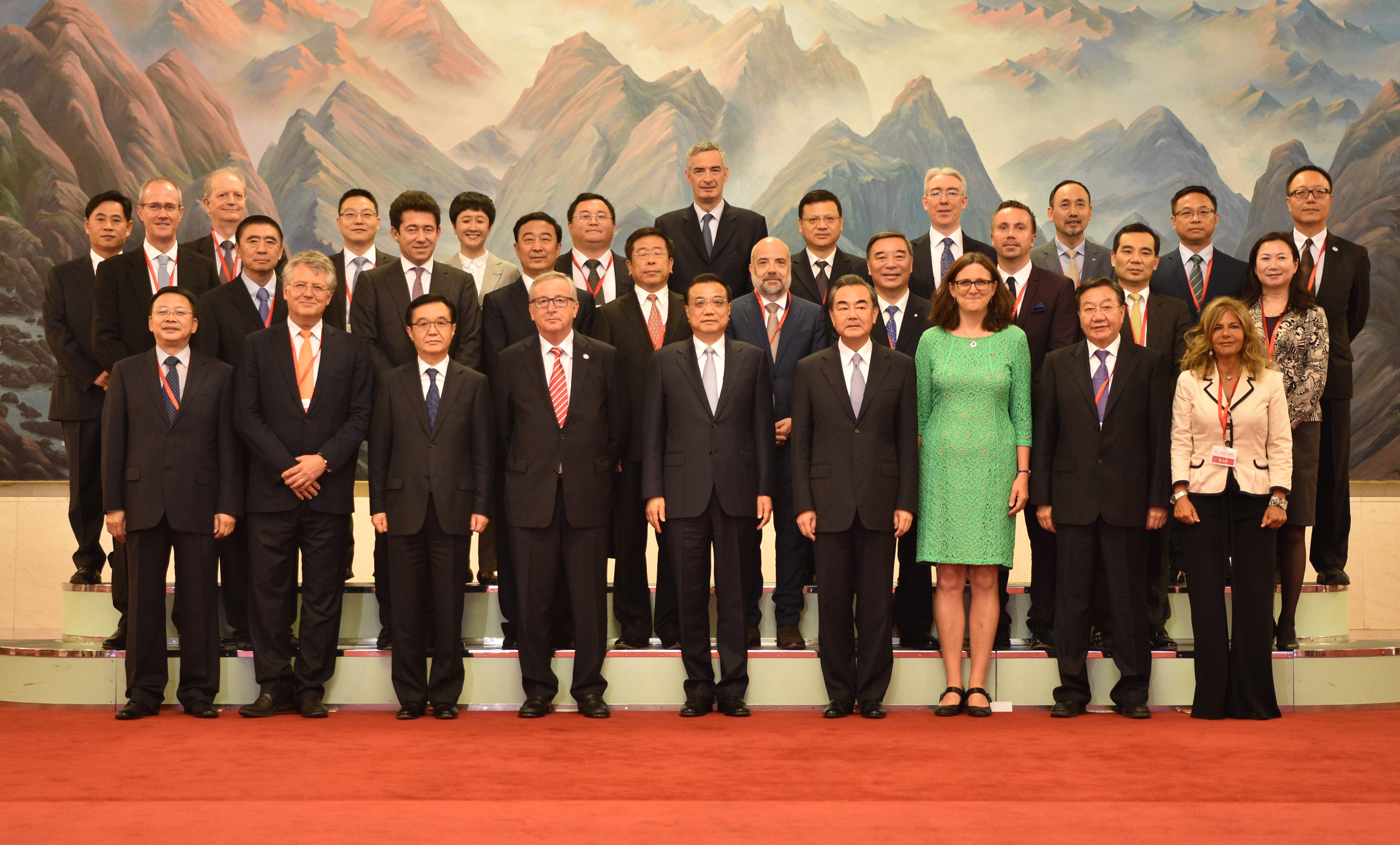 The creation of the Asian Infrastructure Investment Bank (AIIB) was a milestone in the contemporary world order. Presented as a new source of financing to the emerging Asian economies, particularly on infrastructure issues, it includes fifty seven countries as founding members. The AIIB and the New Silk Road (NSR) are central elements in China’s development strategy of “One Belt, One Road” (OBOR), which includes the establishment of a network of regional infrastructure projects, trade liberalisation and financial integration, with important consequences for the political economy of Asia and the rest of the world. In this context, the European Commission signed a memorandum of understanding with China in June 2015 in order to coordinate the European Commission’s Trans-European Networks strategy with the NSR.

Asian countries will need approximately US$8 trillion of investment in infrastructure during the next decade in order to maintain their growth rate. But what about the European countries interest on the AIIB and the NSR? There are several reasons that can explain this interest. Since 2008 Europe has been the fastest growing destination for Chinese outward investment, and in 2015 Chinese sovereign and state-owned investors, as well as private sector companies, invested EUR 20 billion in the EU. This demonstrates China’s potential to become a crucial source of capital at a critical juncture for the European economy.

Despite the fact that the EU as a whole hosts more than 30% of the global FDI stock, Chinese investment is a great opportunity for European countries to increase this stock and reap the associated and indirect benefits. It can further strengthen the building of linkages to overseas markets, facilitate exports, and the integration into new global chains values. In this sense, NSR forecast investment on transport routes will impact world trade and European countries, as part of NSR routes, will also use the upgraded infrastructure, reducing their trade costs.

Furthermore, European countries want to be the gateway for the Chinese capital in the west. Pre-Brexit, the UK hoped to become the main destination for Chinese investment, and former Chancellor George Osborne announced that “the City of London would become the base for the first clearing house for the yuan outside Asia”. Indeed, in April 2014 the UK and Germany signed Memorandums of Agreement with China on clearing and payment in Renminbi. Besides that, France is also promoting a clearing bank of Renminbi, as well as Luxembourg. Concerning the UK in particular, it is not surprising then the fact that they were the first European country to join the AIIB initiative: in 2014, more than 60% of the offshore payment transactions in Renminbi occurred in London.

However, there are some warning signs for Europe countries: their AIIB-NSR strategy calls attention to a bigger problem, which is that the EU still does not seem to have developed a clear strategy to cope with the “new world”. Also, Chinese investments can influence a change in intra-European relations in the long term: the contemporary spatial change of the investments to semi-peripheral and peripheral states can encourage such countries “to shrug off their [semi-]peripheral role and raise their political and commercial importance within the EU”, for example – besides the political impact to the EU of the increasing competition, among European countries, for Chinese capital.

These elements demonstrate the importance of the circulation of capital. As David Harvey reminds us, this process is also a spatial movement, and geographic networks must be built to facilitate the flux of the global financial capital connecting regions of capital surplus with regions lacking capital. In this process, it has resolved the surplus capital absorption problem. In other words, the construction of new infrastructure is a crucial step in the process of capital accumulation and, in this sense, to keep a compounding rate of growth. Also, the creation of new spaces of accumulation as well as new forms of circulation are crucial to absorbing the surpluses of capital. The Chinese policies for infrastructure and their impact on the crisis of the contemporary capitalism must be understood in such terms. The political economy of attraction calls attention to such process: AIIB, NSR and the “One Belt, One Road” initiatives present a form of spatial adjustment for the capital surplus absorption problem.

Hence, the AIIB-NSR strategy is not necessarily an alternative to the neoliberalism, but an initiative with a clear role in the process of production of the capitalist accumulation space: (i) calling attention to the consolidation of Asia (and China particularly) as the epicentre of the contemporary capitalism reconfiguration, in this sense, the circuit of the circulation of capital; (ii) reconfiguring the geography of capitalism through new investments in infrastructure. In this process, Europe is a key component of the Chinese strategy and Europe must realise China’s relevance to contemporary and future world order; nonetheless, Europe seems to lack a clear strategy to cope with such changes, and it may face a blowback effect sooner or later.

China and the UN Convention Against Corruption: A 10- year appraisal
Urban Renewal in Qingdao: Creating scenic neighbourhoods, but for whom?