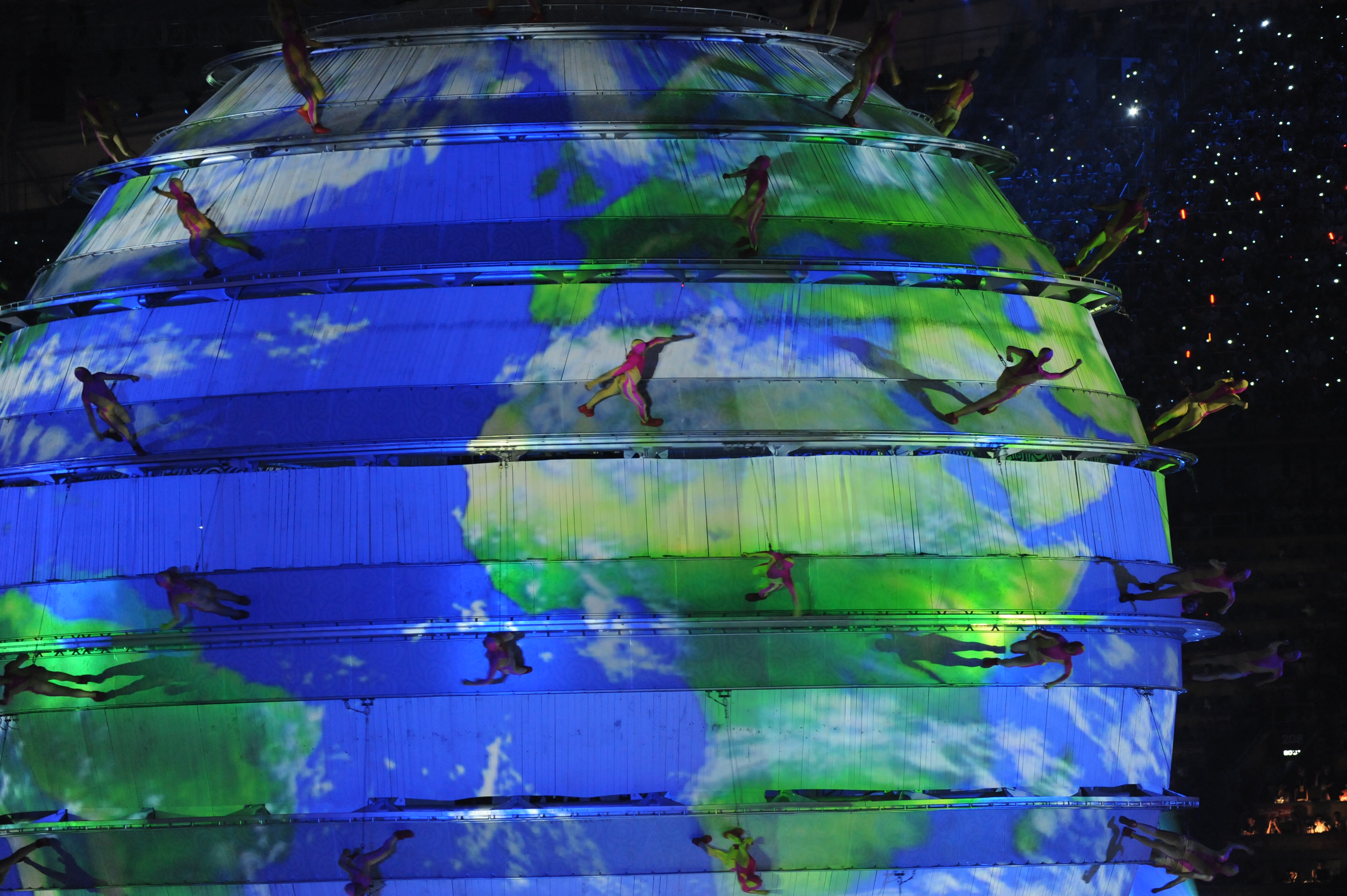 For years, China has been known as a destination for foreign direct investment, as multinationals flocked there to build export platforms and take advantage of its fast-growing market. Now, however, it is China’s outbound foreign direct investment (OFDI) that is shaping the world. In the first quarter of 2015, China claimed its largest-ever share of global mergers and acquisitions (M&A), with Chinese companies’ takeovers of foreign firms amounting to US$101bn, or 15% of the $682bn in announced global deal activity. In just three months, China recorded more outbound investment transactions than in the whole of 2015, when US$109bn in deals were announced.

The rise in China’s direct investment in Europe is especially striking. According to a recent report by law firm Baker & McKenzie and consultancy Rhodium Group, the total stock of Chinese investment in Europe increased almost ten-fold from US$6bn in 2010 to US$55bn in 2014. In 2015 alone, Chinese OFDI in Europe increased by 44 percent (with deals such as Italian tire manufacturer Pirelli’s US$7.7bn takeover by ChemChina), and total flow of US$23bn exceeded China’s investments in the US, which were US$17bn in the same year. This year could see an even more dramatic jump, if ChemChina’s proposed US$46bn takeover of Swiss agro-technology firm Syngenta is approved by regulators.

There are two main reasons why Chinese investors favour Europe over the US. Firstly, the issue of Chinese direct investment is less politicized in Europe. A handful of high-profile Chinese investments in the US have been blocked for political reasons, and the national security review process of the Committee on Foreign Investment in the United States poses an obstacle for some types of acquisitions, especially by Chinese state-owned enterprises (SOEs). Europe lacks a similar review process, and this perhaps explains why SOEs represent nearly 70% of Chinese OFDI in Europe, but less than half in the US. Secondly, Europe’s ongoing economic and financial difficulties since the global financial crisis of 2008 mean there has been a hunger for Chinese cash to finance infrastructure or bail out debt-ridden firms.

The flows are impressive, but it is important to remember that, on a stock basis, China’s aggregate investment in Europe is still fairly modest. By the end of 2014, China’s cumulative OFDI represented only 3-4% of all FDI in Europe, and the pool of workers directly affected by Chinese FDI was a mere 2% of the number of Europeans working in American-owned firms. The rising trend of Chinese investment, however, raises some interesting economic and political questions for European leaders.

What motives, aside from the sheer availability of cash, are driving this enormous wave of Chinese outward investment? A review of China’s OFDI in Europe over the past decade points to five distinct strategies as per graph 1. Some of these are similar to the strategies seen in earlier waves of cross-border investment by Western, Japanese and South Korean companies; others seem to be more China-specific or deployed by Chinese companies “going global”. They also display widely divergent reliance on political leverage – with SOE investments, unsurprisingly, being the most politically driven.

The first strategy is driven by a desire to move from cheap products to more sophisticated products. An example is Haier, the world’s largest white goods manufacturer. Haier’s development closely tracks that of Japanese and South Korean consumer appliance makers: it first concentrated on making cheap copies of established products, for sale in the Chinese market. It gradually moved up to more sophisticated and innovate products and services, and began to export more aggressively.

Haier came to cross-border M&A relatively late, and has used it mainly to scale up its core “made-in-China” portfolio and accelerate its move up the value chain. Its first acquisitions came in 2012, when it bought part of Sanyo’s Asian operations and New Zealand’s Fisher & Paykel. After a failed effort to acquire bankrupt European white-goods firm FagorBrandt in 2014, it bought GE’s consumer appliances business for US$5.4bn in January 2016. Political backing for Haier’s overseas expansion has been limited, probably because of the low political importance of the white goods sector.

A second strategy, exemplified by telecoms equipment maker Huawei Technologies, is a straightforward effort to raise margins by diversifying out of the low-margin Chinese market into higher-margin foreign ones. Huawei has derived more than half its sales from abroad for over a decade, and has gradually increased its presence in the field of European telecom networks, in part through loose alliances with major clients such as BT, Orange, Deutsche Telekom, and Telefónica. Its efforts to expand through M&A have been hampered by its image as an arm of the Chinese state—although privately owned, it has benefited from huge lines of credit from Chinese policy banks, and has never put to rest rumors of close ties with the People’s Liberation Army. Still, it has been moving quickly into the device sector. From tablets to smart phones, 3G Keys and USB Keys, its products are now spreading across Europe. Huawei has invested in various R&D centres in Milan and Stockholm in order to expand its European footprint, with the aim of selling new products to European consumers.

The third model essentially involves technology acquisition that enables a Chinese firm both to bolster its position at home and create strategic opportunities abroad. Notable examples include personal computer maker Lenovo (which bought IBM’s PC division), car maker Geely (which acquired Volvo’s passenger-car unit), and more recently, ChemChina (with its purchases of Pirelli and Syngenta). The technology-acquisition strategy is much more characteristic of Chinese firms than of Japanese or South Korean companies, which mainly preferred to build up their technological know-how internally, or through licensing arrangements. Even though many of the Chinese acquirers in these deals are private, they are often able to mobilize enormous state support in the form of generous and low-cost financing.

The fourth internationalization model is characteristic of the hospitality industry and is one we dub (perhaps controversially) as “Orientalist.” Essentially, this involves the acquisition of established high-end hotel and leisure brands, with the ultimate aim of reorienting them to cater to a growing Asian – and especially Chinese – clientele. Examples include Shanghai-based Jinjiang International’s recent purchase of the Louvre Hotels group and of 11.7% of Accor’s hotel business. Hong Kong hotel chains Shangri-La, Mandarin and Peninsula have focused their expansion over the past three years in Europe, buying high-end assets in Paris and London. Dalian Wanda, a conglomerate with interests in real estate, retail, and cinemas has plans for a series of major mixed-use projects in the UK and France. Like many such projects in China, these are designed to offer a combination of commercial, residential, shopping and recreational facilities. These culturally-oriented acquirers have also benefited from generous financing from China’s state-owned banks.

The final strategy is a “national champions” model, under which big SOEs use political and financial support from the government to make acquisitions that they hope will vault them into positions of global market leadership. A noteworthy recent example in Europe is Dongfeng Motor’s purchase of 14% of PSA, the parent company of Peugeot.

Alain Sepulchre is a HKG-based independent strategic consultant and a senior adviser at the Boston Consulting Group (BCG). He is the co-author together with Philippe Le Corre of China’s Offensive in Europe (Brookings Institution Press, 2016). Image credit: CC by familymwr/Flickr.