Taiwan and the Catholic Church 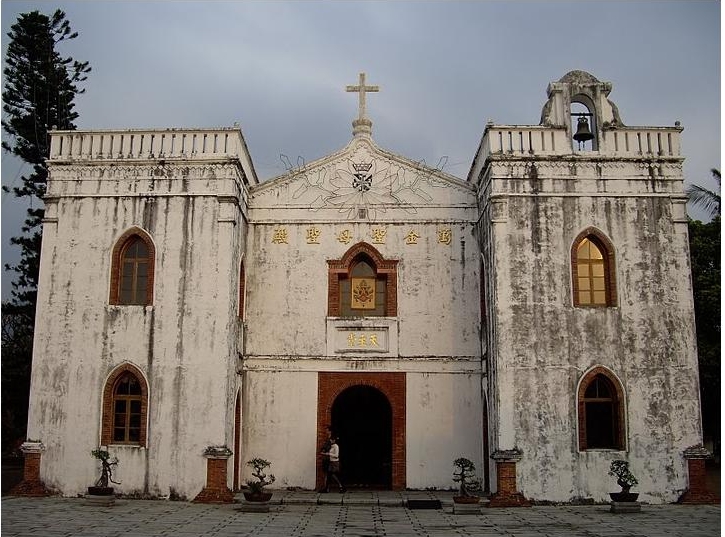 On 24 August the government in Taipei announced that Vice-President Chen Chien-jen will attend the 4 September canonization ceremony at the Vatican for Mother Teresa of Calcutta. Senior government representation at such a high profile occasion is only to be expected and Chen is also a Catholic, making his attendance all the more appropriate. But as is so often the case in Taiwan, more than mere protocol is at stake.

The Holy See is one of one Taiwan’s tiny band of ‘diplomatic allies,’ the majority of them micro-states in the Pacific and Caribbean. As the only one with a truly global influence and the only one in Europe, its importance to Taiwan is all the greater. Its diplomatic relations with the Republic of China (ROC) also go back the furthest, having been established in 1942 when Taiwan was still under Japanese rule and the ROC was the government of most of China, not just Taiwan. Next year therefore marks their 75th anniversary and the merest hint or sign of a thaw in relations between the Holy See and the PRC, let alone talk of establishing diplomatic ties, inevitably causes angst in Taiwan. Recent suggestions from Pope Francis of his desire for a better relationship with Beijing will have caused particular alarm and behind the solemnity and pageantry of the canonization, Chen can be expected to engage in some vigorous if discreet lobbying for maintaining the status quo.

But as in other areas, Taiwan’s vigorous diplomatic lobbying is not backed up by solid domestic foundations. Its relationship with the Catholic church, while good, can hardly be described as ‘strong.’ ‘Ambivalent’ might even be a more suitable term. The physical presence of the church is hard to miss. Fu-jen and Wenzao Ursuline universities are both Catholic run, the former by the Jesuits, and there are more than 1100 churches around the island, often in remote small towns or villages. But as a Catholic, Chen is very much in a minority in Taiwan for this extensive infrastructure caters to a flock of fewer than 300,000 faithful, less than 1.5% of the population.

This is a higher proportion than in Japan, admittedly but scarcely any higher than estimates for the number of adherents – unofficial as well as official – in China itself and modest indeed when compared to the 10% or so of South Koreans who are Catholic. In part this reflects the Church’s own history in Taiwan, where it has been closely identified with the arrival of mainlanders fleeing with the KMT in 1949. Many of the parishes were established then and catered first and foremost to exiled mainlanders. As mainland priests died, they were replaced largely by missionaries from elsewhere, initially Europe but increasingly Asia. Reflecting this past, the language of the church was Mandarin and its outlook Sinocentric. Ironically, the one segment of the population with whom the Church has made a real impact has been the Aboriginal community.

Typically, the percentage of Catholics in the wider population in Taiwan’s dioceses is around 1%. In Taipei and Tainan it 0.6% or less. But in the Hualien diocese, which embraces much of the mountain areas, it is over 10%. Yet until earlier this century there was not a priest on the island who could speak any of the Aboriginal languages. Nor are the indigenous people well served more generally – there are nearly eight times as many priests per head of congregation in Taipei as in Hualien diocese.

Arguably the Church in Taiwan needs to make more efforts to serve its flock. The government meanwhile has recognized the many wrongs suffered by successive generations of the indigenous population and has committed to pursuing ‘Transitional Justice’ in a welcome effort both to raise awareness and  where practical to try to remedy the wrongs. On 1 August, President Tsai ing-wen made the first ever public apology by a Taiwanese leader to the indigenous community for past injustices, a move generally welcomed in Taiwan. But community leaders are seeking more than words.

Taiwan’s ambassadors to the Holy See have hitherto generally been career diplomats, able people who have served their country well but reflecting very much the mindset of the central government. What better way of recognising the position of the indigenous community in modern Taiwan, the influence within it of the Catholic church and awareness of Pope Francis’ messages about diversity and inclusiveness than by appointing an ambassador from the indigenous community to represent Taiwan at the Holy See? Such an appointee should also find common cause with the Vatican on some of the global issues it is seeking to address, surely the most effective way of ensuring diplomatic relations endure.

Michael Reilly is a Senior Fellow of the CPI and currently a Visiting Fellow in the Institute of European and American Studies at Academia Sinica in Taipei under the auspices of the Taiwan Fellowship program. From 2005 – 2009 he was Director of the British Office in Taiwan