Home /China, Culture and Society/Recent Trends in the Distribution and Exhibition of Chinese Language Films in the UK Cinema Market 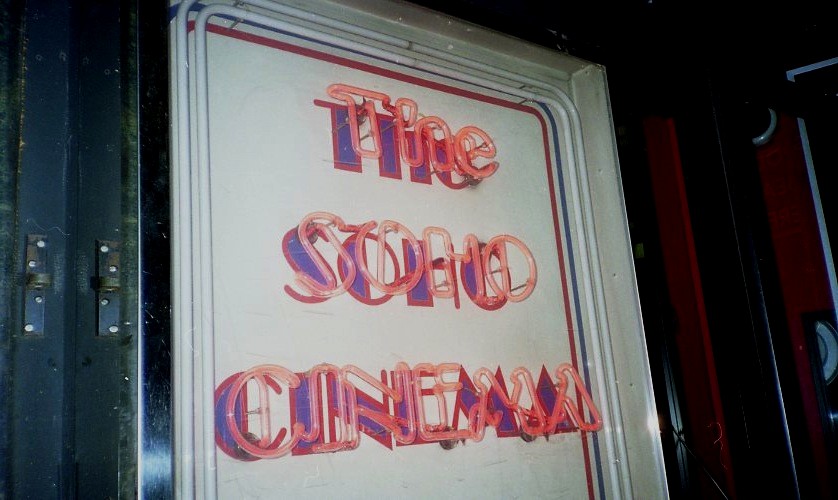 Until recently, the distribution and exhibition of Chinese language films in the UK had followed a familiar pattern for a number of decades: Like most subtitled foreign language cinema, they were bought by distribution companies specialising in arthouse fare, who would subsequently release them onto the specialised and independent cinema circuit. Here, they would vie with films from established arthouse providers in Europe, such as France and Italy, as well as other countries, such as Japan, who have traditionally found favour with cineastes. In this sector, each film released struggles to find their share of the small UK audience that appreciates global cinema.

Whilst the independent and arthouse circuit has been the fate of many Chinese language films, there have been historical moments when they found a wider audience in the UK. Two notable moments when this took place were around the kung fu craze of the 1970s, which saw Hong Kong and Taiwanese martial arts films find their way onto mainstream UK cinema circuits. These releases were usually in versions dubbed into English, and showcased stars such as Bruce Lee, Jimmy Wang Yu and David Chiang. Later in the decade, following the death of Bruce Lee, these stars were joined by a range of Lee lookalikes, for example Bruce Li, Bruce Le and Bruce Laing, and even Jackie Chan as the New Fist of Fury (1976), who were sold to audiences that wanted a ready replacement once their hero had died. These releases would often appear on double bills with other popular or exploitation films of the time.

The other notable cycle of theatrical releases for Chinese language films happened in the early 2000s. This followed the cross-over success of Crouching Tiger, Hidden Dragon, which found favour on both the arthouse and mainstream cinema circuits following its UK release in early 2001. As a result, a number of broadly similar wuxia epics were released into the UK market with an eye on crossover mainstream audiences as well as the traditional arthouse ones. These included Zhang Yimou’s trilogy of Hero (2002), which was released in the UK in 2004, House of Flying Daggers (2004), released in the UK in late 2004, and The Curse of the Golden Flower (2006), released into the UK market in April 2007.

Since then, occasional films, such as those of feted directors such as Jia Zhangke, Taiwan’s Hou Hsiao-hsien and Hong Kong’s Wong Kar Wai have been acquired for screenings in UK cinemas. However, until recently, there has been no consistent trend. What is significant is that the recent reappearance of Chinese language films in UK cinemas has taken a different approach than previous instances: The main difference is that rather than appealing to traditional audiences for foreign language films or finding a more fan driven cinema-goer, who consumes genre derived titles such as Hong Kong action films, the recent surge in Chinese language films has been focused on a new, developing audience mainly drawn from the growing Mandarin speaking diaspora. In appealing to this audience, the main distribution companies involved have used a different model than previous attempts to find audiences for Chinese language films in the UK.

This model is one that seems to closely follow that used to release popular Hindi, or Bollywood, films into the UK market. What marked this approach is the fact that it targeted audiences within the South Asian diaspora in the UK, ignoring the traditional, subtitled foreign language cinema circuit. In doing so, distributors such as Eros Entertainment chose to release their titles into the popular multiplex cinemas. This approach began to pay dividends when Dil Se (1998) became the first ‘Bollywood’ film to enter the UK top 10 upon its release. Since then, a range of popular Indian films have consistently made that top 10, and in doing so revealed that designing a release strategy around a diaspora audience can be highly profitable.

One key aspect of this strategy is to release films in Britain on the same day that they are released in their domestic market through a method called “day-and-date” releasing. One of the first meaningful examples of this approach in relation to Chinese language films came with Lost in Hong Kong (2015), a film from Mainland China that hit UK cinema screens in September 2015. The film, a spiritual sequel to the hugely profitable blockbuster-comedy Lost in Thailand (2011), was brought to the UK by the Los Angeles based distributor Asia Releasing, who screened it in a number of ODEON and Vue venues across England and Scotland in the hopes of appealing to the large community of Chinese students attending British universities.

Released on September 25th, 2015, Lost in Hong Kong arrived on UK screens on the exact same date as in Mainland China making it something of an ‘event’. In doing so, Asia Releasing worked around a number of potential problems. First and foremost, day-and-date releases like this help combat piracy: releasing a film in Britain months after it first screened in Mainland China gives potentially interested audiences a long time to see the film online through various illegal (and legal) avenues – a day-and-date release overcomes this risk and works to attract audiences to cinema screenings. Second, until very recently, the film market on the Chinese Mainland has been booming with increasing production levels and box-office records seemingly broken on a monthly basis. Releasing a film day-and-date with Mainland China helps distributors capitalise on the zeitgeist circulating around the latest blockbusters within diasporic communities.

Much like Bollywood productions, and a smaller number of popular Polish language films which have appeared on multiplex screens recently, these films are rarely, if ever, promoted outside of their target diasporic audience. Magnum Films, for example, is the distributor who acquired League of Gods (2016) and the Chinese remake of My Best Friend’s Wedding (2016), which is currently on theatrical release across the UK. It has directly targeted its audiences through Facebook and Instagram as well as the Chinese social media platforms WeChat and Weibo. While Magnum Films, alongside Asia Releasing and Sony Pictures, is releasing Chinese-language films on an almost weekly basis at the time of writing, hardly any of these are marketed to a general UK audience.

Despite their relative invisibility to those not in-the-know, this appears to be a lucrative strategy for distributors. In February, an important time for the Chinese film industry during the New Year celebrations, the UK was treated to From Vegas to Macau 3 (2016), The Monkey King 2 (2016), and The Mermaid (2016) in quick succession. In its first week, The Mermaid earned the second highest site average of any film on general release – beaten only by Marvel’s Deadpool – and has since gone on to see a home media release, presumably due to the crossover appeal of its director, Stephen Chow, whose Kung Fu Hustle (2004) had been released theatrically in the UK in 2005.

It is important to remember that this recent trend is closely related to the booming film market in Mainland China and does not represent the opening up of all regional Chinese productions to British cinema screens. There have only been a handful of Hong Kong or Taiwan films released by Asia Releasing or Magnum Films, and they have always been either co-productions with companies in the PRC, or films with an expected Mainland audience. Notable examples are Hong Kong-China co-production Cold War 2, which topped the Mainland box office, and Taiwan’s Our Times (2015) which stands as the most profitable Taiwan film released in Mainland China to date.

This new trend, therefore, represents a significant increase in theatrically released Chinese language films in the UK. What is particularly notable is that like the Bollywood films which have found profitable UK distribution, most have come from a category of popular commercial productions, which have struggled in the past to find international audiences, rather than titles that have appeared at international film festivals. However, with the rapid changes taking place within the Mainland Chinese cinema market, it will be interesting to see if this burst of activity regarding the distribution and exhibition of Chinese language films will lead to as sustained a presence in the UK market as the popular products from the Indian film industry have, or whether it will be just another brief cycle.

Fraser Elliott is a PhD candidate at the University of Manchester and Andy Willis is a Reader in Film Studies at the University of Salford. As members of the Chinese Film Forum UK, both are involved in programming Chinese language films in the UK. Image Credit: CC by Teresa Cheely/flickr