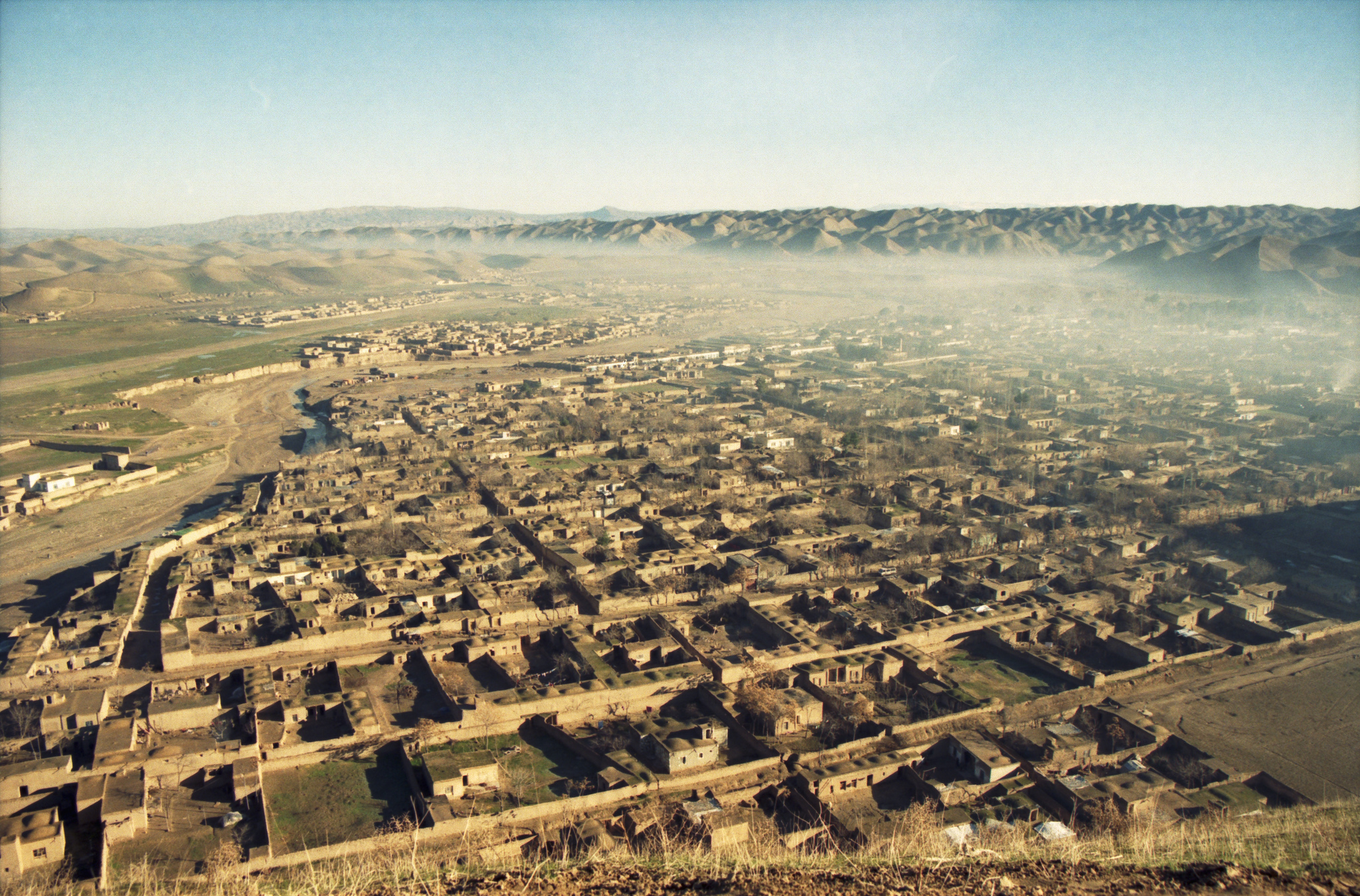 China’s role in Afghanistan is gradually evolving towards more engagement in various areas. This increasing engagement reflects both China’s concerns about the deterioration of security in Afghanistan since large numbers of international security forces withdrew from the country in 2014, and its interest in benefiting from a reconstructed Afghanistan. Last year, the Taliban controlled up to 70 districts (out of the country’s 398), unexpectedly even including Kunduz for a brief period. The Taliban’s 2016 “Spring Offensive” – a series of attacks the group launches each year after the end of winter – included a major bombing in Kabul in April, which killed and injured more than 400 people. In June, security guards at the Canadian embassy in Kabul were attacked; in July, the Taliban drove a truckload of explosives into a foreign military facility; in August, militants stormed the campus of the American University of Afghanistan in Kabul.

China has so far contributed in the way of development assistance, investment projects, and in its more recent and less typical contribution to peace talks between the Afghan government and the Taliban. China increased its contributions to Afghanistan’s development significantly in the last two to three years: it provided roughly $240 million in development assistance and aid between 2001 and 2013, and around $80 million in 2014 alone. During the visit of Abdullah Abdullah (the government’s chief executive) to China in May, both countries signed an agreement on technical cooperation (worth around $76 million) and on non-emergency humanitarian aid. China’s contribution may still be small compared to that of the US or Europe, and far from that of the largest donor of Afghanistan in the region – India, which has provided roughly $2 billion to date -, yet its increase signifies China’s will to stay in the country for good.

There may be good reasons for China’s interest in Afghanistan: The country’s geographic location at the crossroads of Central and South Asia, between India in the South and Russia in the North, is of great strategic value to China. In addition, Afghanistan allegedly holds vast natural resources. Once exploration and exploitation on a larger scale will have begun, there is good reason to assume that China will want to profit from its neighbour’s mineral wealth. So far, a planned $3 billion lease of the Aynak copper mine in 2008 by a consortium of Chinese state-owned companies never launched due to security issues and disagreement over the terms. Ever since, China remains reluctant to make large investments in Afghanistan, but this might change if security improves.

Further untapped natural resources in Afghanistan are supposed to be worth $1 trillion, according to a US report from 2010. In particular, Afghanistan has been a source of the gemstone lapis lazilus, which reportedly generated roughly $125 million trade value in 2014. But the mining of the stone has led to a conflict in recent years between local security forces and the Taliban as they gained more control over the country. A recent report by Global Witness argues that mining “has the potential to generate large amounts of revenue and growth for Afghanistan” if the country could establish capacities to impose legal mining. The author of the report also believes “China can help reduce conflict driven by mining of lapis lazuli”.

China indeed might have an interest in improving Afghanistan’s institutional capacities to ensure the security needed to pursue further investment. China’s “One Belt One Road” (OBOR) initiative, the revival of old Silk Routes, is almost cut out for Afghanistan’s need of infrastructure on the one hand and potential vast natural resources on the other. The country could become a core part of China’s trade and investment network, and Beijing has already sent out a signal that points towards more cooperation: during Abdullah’s visit to China, both countries signed a memorandum of understanding on the OBOR initiative. For China, already actively cooperating with the Central Asian states, Afghanistan might be the last piece on the chessboard of the new “Great Game”.

There are also signs that China’s security stance towards Afghanistan is changing. China has always remained reluctant to engage in security issues that carry too great a risk of going wrong. This has been the case in Afghanistan too, where China would have been seen as meddling in what the United States and ISAF were doing. Also, China needed to be concerned about becoming a target of terrorist groups such as the Taliban, who might have links with Islamic independence groups in Xinjiang. So far, China’s role in matters of security is even smaller than in development assistance.

However, Ahmad Bilal Khalil highlighted in a recent article that “Beijing has been slowly and gradually increasing its security relations with Afghanistan” since Afghan President Ashraf Ghani came into power in 2014. In February, the chief of the Chinese army, Fang Fenghui, announced roughly $70 million of military aid to support the Afghan government’s anti-terrorism efforts. Chinese president Xi Jinping reiterated China’s commitment during the visit of Abdullah in May. At the beginning of July, the Afghan forces received the first batch of Chinese military equipment.

China is also involved in multilateral and regional efforts to approach Afghanistan’s problems, ranging from tackling security and institutional capacities to improving border control, fighting criminal networks, and counterterrorism. For example, the so-called Heart of Asia process, initiated in 2011, engages countries including China to encourage regional security and economic cooperation in and around Afghanistan. China is also a leading member of the Shanghai Cooperation Organization, a group that promotes regional cooperation on economics, politics, and security. Afghanistan has had full observer status since 2012, and has asked for China’s support to become a full member in early 2016. Such formats engage Afghanistan’s neighbours in the country’s development, but would still need larger common efforts to change the situation on the ground significantly.

In addition, China is now setting up an anti-terrorism alliance with Afghanistan, Pakistan, and Tajikistan, to tackle the threat of terrorism and extremism. The four countries agreed on establishing a “four-country mechanism” to share intelligence and training. China’s participation in such an alliance reflects Beijing’s growing worries about an eruption of insecurity that could endanger its security of its border province Xinjiang, and possibly also its investments in the Central Asian region. Tensions have increased notably between Beijing and its Muslim Uyghur minority in the Western province Xinjiang, some of whom have formed an opposition movement. Therefore, Beijing is concerned about possible links between its Muslim minorities and the Taliban, as well as other Islamist groups in Afghanistan.

China is also working to create an Afghan peace process and has been holding talks in Islamabad since early 2016 along with Afghanistan, the US, and Pakistan (the Quadrilateral Coordination Group). While the Taliban are refusing to negotiate so far, it is important to keep the effort alive, not least because it reduces mistrust between Afghanistan and Pakistan. In July, a delegation of Taliban negotiators visited China, apparently to report on the situation in Afghanistan from their perspective. The Afghan government expressed concern about China providing “a platform to those groups that are responsible for the killing of the people of Afghanistan.” While China might make some progress towards a peace process with the Taliban, the actual danger of such bilateral meetings is that they might undermine the efforts of the quadrilateral group.

So far, China has evolved into a notable though not yet major player in Afghanistan in the areas of investment, economic and humanitarian assistance. Beijing remains reluctant to consider a security role in Afghanistan, but has made major diplomatic efforts to promote the Afghan peace process. Although the outcome remains to be seen, China’s role as a mediator and confidence-builder may be crucial, as it appears that only Beijing’s constant pressure has kept its long-time ally Pakistan relatively peacefully engaged.

But what Afghanistan needs is long-term and sustainable support – and China would be in a position to provide it, be it in the frame of its OBOR scheme or other initiatives. There may also be several areas of common interest for China to explore with other countries that are present in Afghanistan already, such as the US or European countries. This could include joint infrastructure projects, and training and professionalization for Afghans. China has already taken the first steps in exploring this option: China and Germany announced recently their cooperation in third countries, notably in Afghanistan. Both countries agreed to establish a disaster management office and to cooperate on training Afghan personnel in the mining sector.

Angela Stanzel joined the European Council on Foreign Relations (ECFR) as a Policy Fellow for the Asia and China Programme in January 2014. She recently published a policy brief titled “Eternally displaced: Afghanistan’s refugee crisis and what it means for Europe”, which examines Afghanistan’s refugee crisis and is available here. Image Credit: CC by francisco-monteiro/Flickr.

Do moves against Hangzhou G20 ‘rumours’ help show China at its best or worst?
Reading Chinese media responses to a North Korean defection