Mao, Zhao and some “what ifs?”

Home /China, Government/Mao, Zhao and some “what ifs?” 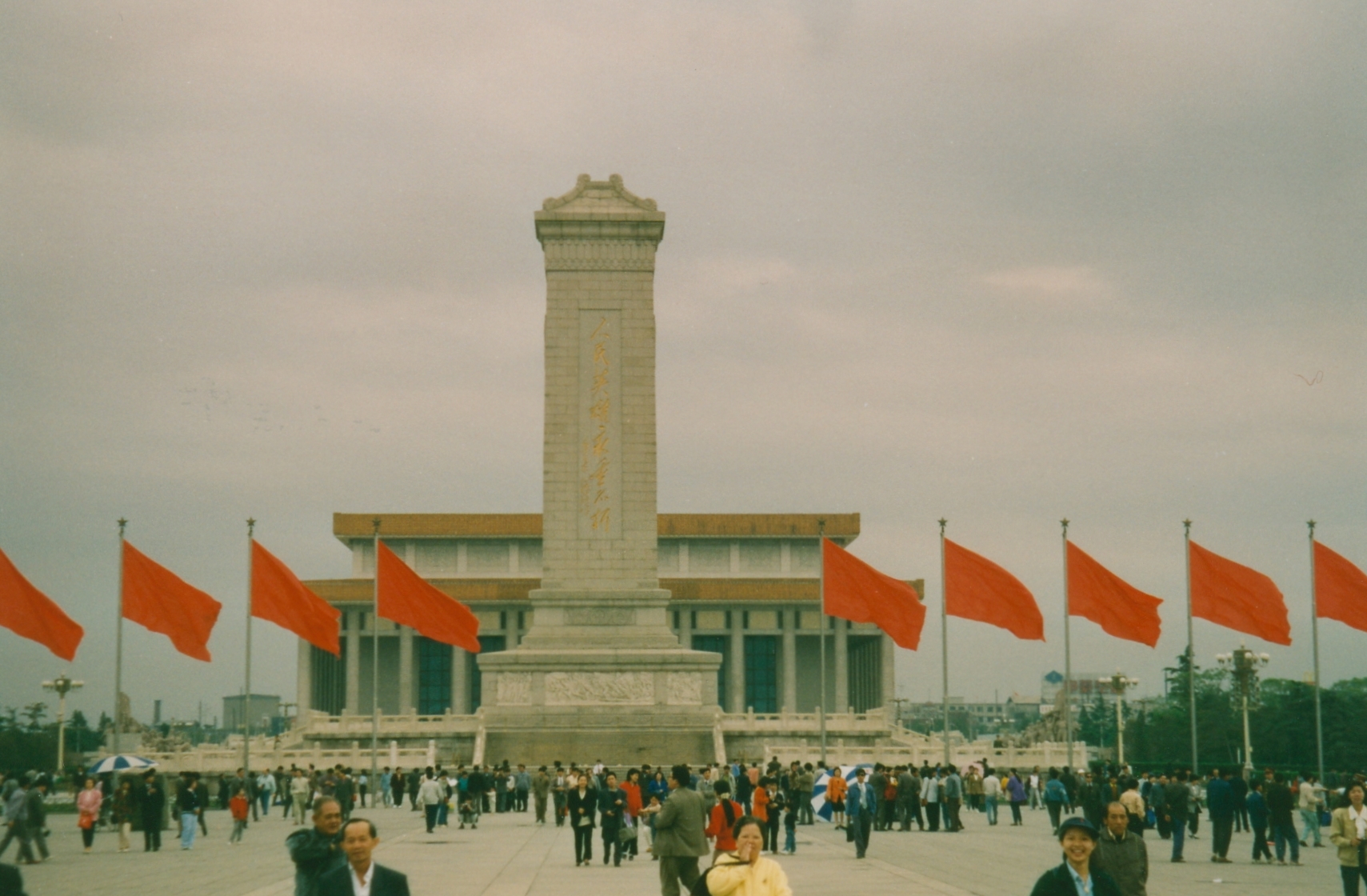 I am always interested in counterfactual and other sorts of “what if” forays into speculation. I have often played the “what would Mao make of today’s China” game. Early in this century, for example, I wrote a “Letter from Nanjing” for the TLS that pondered the way that a revivified Chairman might have responded to perusing the bookshelves of a local bookstore that sold guides to opening one’s own bar or café, Hannah Arendt’s On Totalitarianism, and other works that would have been deemed inappropriate titles in the early decades of the PRC (and were verboten throughout the Soviet bloc then as well). More recently, I penned an op-ed for the South China Morning Post, linked loosely to this being the year of the fiftieth anniversary of the start of the Cultural Revolution and fortieth anniversary of Mao’s death, asking what, if he were to come back to life, Xi Jinping’s most famous and infamous predecessor would think of China’s current leader.

I have also often found myself musing on an idea Pankaj Mishra floated in London when the two of us were on a panel that Harriet Evans of the University of Westminster organized to accompany a display of Cultural Revolution posters. Consider, he had asked the audience and his fellow panellists, how differently we might now think about Mao and Gandhi now had both died in the early 1950s. The implication is that we would not associate the former with the horrors of the Great Leap Forward famine, while we might well associate the latter more closely with those of Partition.

When in a counterfactual mode, what I have rarely done is focus on Zhao Ziyang rather than Mao — until that is I was asked to join an online ChinaFile Conversation on the question of how the PRC might be different now, had that reformist leader not been purged in 1989. I found it an intriguing thing to consider and learned a lot from the things that other contributors to the Conversation wrote. I could not think, though, of any interesting angle to pursue that dealt directly with Zhao, so provided a response to the invitation that went off in a different, though related direction.

I’ve spent less time wondering about what would have happened if Zhao hadn’t fallen than about what could have happened that would have allowed to him to retain his powerful position in the hierarchy. One thing in particular I’ve pondered, especially each time the anniversary of 1989’s June 4th Massacre arrives, is what difference it might have made if there had been one death of a protester weeks before there were so many killings of activists and bystanders on the streets of central Beijing.

What if, I’ve wondered, a stray bullet fired by a police officer or soldier had killed a student late in that April or during that May? What if, a hunger striker had died—a possibility whose potential ramifications Geremie Barmé refers to in one of the best first person accounts of that mid-point of the struggle? What if, that is, there had been a death while the protest surge was at its peak, rather than the killings only coming when the movement was petering out in June?

Martyrdom of various sorts had fueled the movement as it grew. The earliest protests of 1989 had been related to the death of Hu Yaobang, who was demoted in 1987 from the top post to a lowly one due to taking too soft a line on an earlier wave of campus unrest, in a precursor to what would happened two years later to Zhao, the man who succeeded him. Hu succumbed to a heart attack, but protesters looking for a way to express their disgust with Deng Xiaoping and other elder leaders treated his as a martyr’s demise. Knowing they could not easily be banned from expressing grief over Hu, since he remained at death a Communist Party official, albeit not a high ranking one, some used mourning rituals as cover for pointing out that good people seemed to be dying too young while bad ones lived on and on.

As the movement went on, there were no more deaths, but when some students staged a high profile hunger strike, this turned them in the eyes of many into an equivalent of sorts to martyrs. Corrupt officials dined lavishly, yet these youths, the logic went, were willing to risk starvation to show their patriotism. This set up a stark moral contrast between the students on the streets and their elders who hid behind closed doors.

If an actual martyred student to rally around had been added to this combustible mix, it could have been, though there is no way to be sure, just enough to alter alignments within the Party leadership. There were leaders who felt that the students were in the right, or at least not fully in the wrong, Zhao among them, and more might have been moved into this camp by an early death.

I ponder all this in part because I have worked on Republican era (1912-1949) campus-based protest movements, the subject of my Berkeley doctoral dissertation, as well as the student-led struggles of 1986-87 and of 1989, events that became the focus of Epilogue to my Stanford University Press book that evolved from my thesis.  At various points in the Republican era, as well as in other periods of Chinese history and in other parts of the world, martyrdom has made an enormous difference in the evolution of a protest. A single death or set of deaths can galvanize a movement, transforming a small struggle into a bigger one or a big movement into giant one.

Consider what happened in Shanghai in 1925 when the May 30th Massacre occurred. After members of the International Settlement’s foreign-run police force killed a relatively small number students and members of other social groups, the city erupted. The resulting protest wave was important for many reasons. One was that it helped push a fringe political group along the path toward becoming a major force in Chinese politics. That group was, of course, the Chinese Communist Party.

It is not only in the Chinese past, though, that actual martyrdom as well as symbolic equivalents of it, such as the students on hunger strike, has mattered. Consider the chain of events in Hong Kong in 2014. The police use of tear gas, while not causing any deaths, had a shock value that September that generated enormous sympathy for those subjected to it. Having greater than expected force used against unarmed youths ratcheted up tensions in the city dramatically, making many people who had previously stayed on the sidelines feel that something so big was at stake that they should join the crowds on the streets.

There were, in the end, no deaths during the Umbrella Movement, either while it was at its height or as it began to wind down, due to some of the same factors that led the 1989 protests to lose momentum. Would it have made any difference in Hong Kong if there had been an early death?  This is even harder to say than in the case of the Tiananmen protests, as there was no obvious scenario for a different outcome there like the Zhao riding out the split between liberalizing and hard line factions possibility in 1989. Once again, though, it is something to ponder, along with wondering if, had the Hong Kong police decided not to use tear gas, the movement would have ended sooner.

I’m not sure if others have spent time since 1989 wondering about how things might have unfolded differently had there been a late April or early May martyr. I do know, though, that I am not along in thinking about violence-related what ifs and the power of contingencies vis-à-vis the Umbrella Movement. In a particularly poignant segment of the film “Ten Years,” which has been banned on the mainland and won a major award in Hong Kong, viewers are asked to ponder a very uncomfortable kind of question about the city circa 2025: whether the lack of martyrs somehow contributed to the slide of this imagined counterpart to the real city helped propel it into a dystopian state.

Jeffrey Wasserstrom is Chancellor’s Professor of History at UC Irvine, where he edits the Journal of Asian Studies. His latest book, as editor, is The Oxford Illustrated History of Modern China (2016). He tweets @jwassers. Image credit: CC by Arian Zwegers/flickr

Vietnam is struggling to unite its Mekong neighbours against China
If the backlash against globalisation hurts China, it hurts global growth too