Is China a Ticking Time Bomb of Ethnic Contradictions? 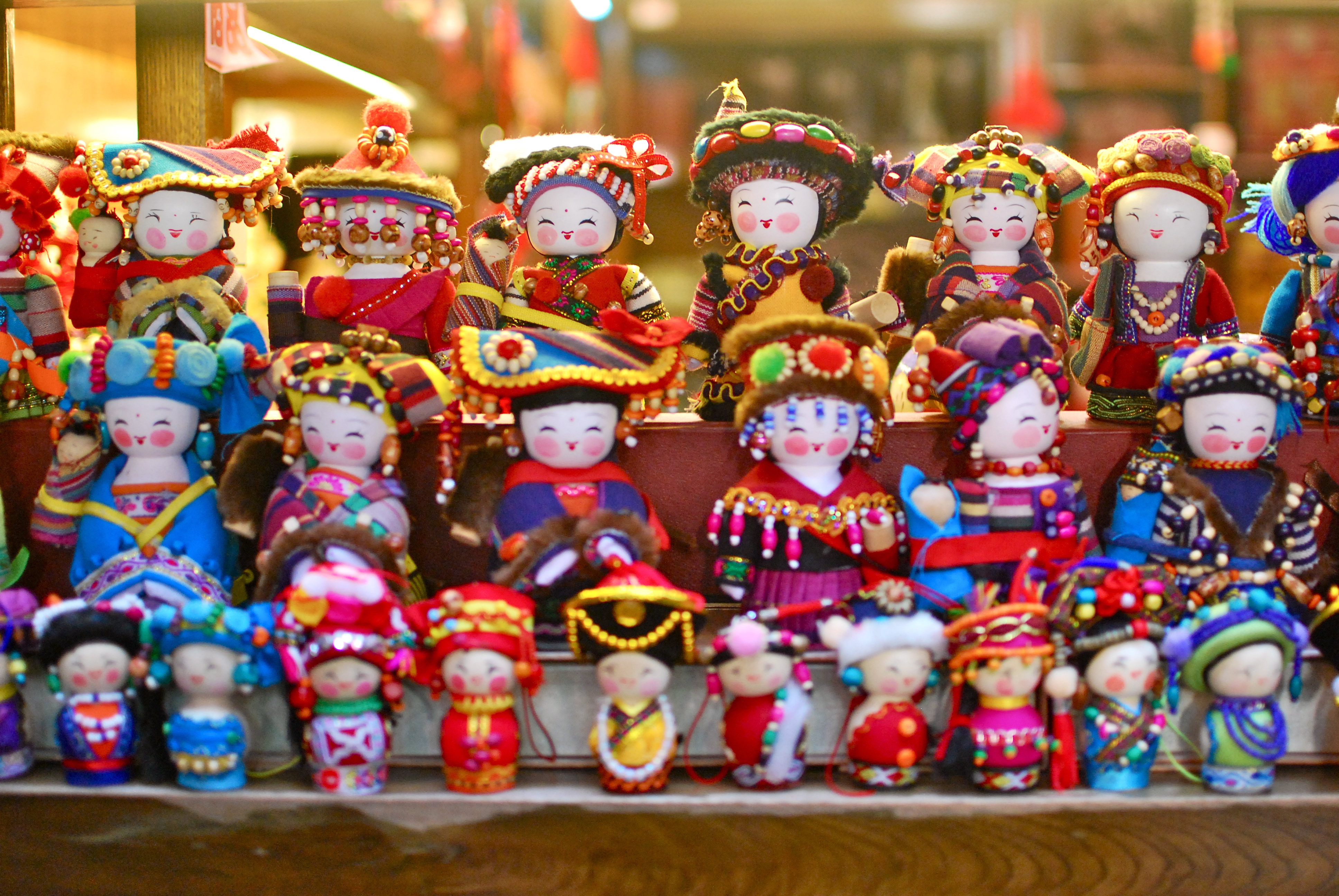 China’s ethnic periphery can be a volatile place. Over the past decade, violence has repeatedly marred the remote yet strategic regions of Tibet and Xinjiang, which comprise nearly a third of Chinese territory and are its chief sources of oil and water. Here, the Tibetan and Uyghur ethnic minorities have long chafed under the integrationist policies of the Han-dominated Chinese Communist Party, with bloody cycles of resistance and conflict. In fact, recent episodes of interethnic violence, such as the Lhasa (2008) and Ürümqi (2009) riots and the horrific Kunming train station attack (2014), portend a rising storm of ethnic contradictions that threaten to spin out of control. While Party-state officials depict these incidents as the work of “separatists” and “terrorists,” many commentators in the West view them as examples of national decay and harbingers of national implosion.

Longtime China-watcher David Shambaugh warns that Xinjiang and Tibet are “living on the brink of exploding into full-scale civil disobedience and anti-regime activities.” Some inside China agree, warning that centrifugal forces could propel China down the same road as the former Soviet Union and Yugoslavia. Here, metaphors like “crisis,” “emergency,” “tinderbox,” and even “ticking time bomb” are sometimes employed when discussing the current state of ethnic relations in the world’s most populous nation-state, highlighting the sense of “urgency” in addressing perceived policy failures.

Yet these predictions are not only premature, they also obscure both the scope and dynamics of internecine conflict in China today. On the whole, interethnic relations are sturdy yet unstable. Tensions remain high in parts of Tibet and Xinjiang, but conflict here does not resemble that of Palestine or Chechnya as some would have us believe. Despite intermittent violence, relations between China’s officially recognized ethnic groups are generally amiable, at least on the surface, with far more examples of cooperation than conflict.

That said, deep-rooted bigotry, misunderstanding and distrust in certain segments of the minority and majority communities alike (among other problems, chiefly poor governance, heavy-handed policing and a corrupt legal system) engender subterranean strains that under the right conditions can flare into open discord and even violence. These sorts of tensions are most evident in Tibet and Xinjiang, but also affect ethnic relations in Inner Mongolia, the Hui areas of Ningxia and Gansu, and ethnic ghettos in major cities like Beijing and Shanghai. The result is a “wobbling pivot”: a series of structural fulcrums that keep a lid on open revolt while also sowing the seeds for deterioration should the sociopolitical environment shift suddenly.

First, the PRC’s current policies have resulted in significant improvements in the livelihood of many Chinese minorities, with increased social and economic mobility as well as autonomous spaces for the development of ethnic cultures and identities. Minority elites have been co-opted into all aspects of the Party-state system, from its local security apparatuses to national level committees, and this lends a degree of stability to the current regime. In sharp contrast, state policies have been far less successful in cultivating a sense of national belonging, with ethnic consciousness and alienation increasing sharply among the Uyghur, Tibetan, and Hui communities. Here religion plays an obvious factor, with the Party-state’s restrictions on religious practices, and at time outright hostility, alienating many within these communities.

Second, the fragile stability of interethnic relations in the PRC is built on a complex system of social controls, with overlapping institutional structures ensuring that ethnic groups remain both segregated and closely monitored. The limited contact between groups, I would argue, is one obvious but often overlooked deterrent to conflict; although it also prevents the sort of daily interactions that could foster tolerance and even acceptance of ethnocultual differences in the long run. Due to historical factors, including the system of regional ethnic autonomy and the household registration system’s stringent mobility restrictions, ethnic groups in China live in largely segmented communities with limited daily contact between groups. This is particularly evident in rural Tibet and Xinjiang, but is also a feature of urban life where ethnic enclaves and segregated schools are still the norm.

Finally, the spatial and demographic structure of ethnicity in the PRC also limits the scope of conflict, at least as it relates to China’s officially recognized “ethnic” (民族minzu) groups. To the extent that one can speak of a “minzu/ethnic crisis” in the PRC today, this predicament is confined to a handful of areas, with pockets of Uyghur-Han-Hui, Hui-Han, and Tibet-Han-Hui enmity contrasting significantly with the largely amicable relations between the Han majority and the more than 33 million ethnic minorities in southern provinces like Yunnan and Guangxi. The size of the minority population (less than 120 million) pales in significance to the over one billion people officially registered as Han by the Party-state. Those ethnic minorities who actively resist the current system or seek to undermine Han rule and power are extremely small in number and largely impotent in the face of overwhelming Han hegemony.

In short, managed diversity is the norm in China today: a sort of museum-style multiculturalism that celebrates the country’s ethnocultural diversity in carefully staged performances while regulating real world contacts through authoritarian controls. In fact, tensions within the Han majority itself – either over identity or ideological divisions – poses a far greater threat to CCP rule and social stability, as witnessed by recent events in Hong Kong and Taiwan, as well as the truculent outbursts over the South China Sea among Han nationalists.

Where does this leave the embattled Tibetan and Uyghur minorities? Sadly, in a precarious position. Any change in the status quo — such as a new round of social and political reforms, increased transnational ties, and the weakening or collapse of CCP authority — will erode existing demographic, spatial and security controls, and likely increasing ethnic conflict and violence. In spite of widespread domestic and international criticism of current ethnic policies, efforts to either increase minority autonomy or strengthen national integration will heighten ethnic competition, enmity and discord. And while any resultant violence is unlikely to undermine China’s territorial integrity, the scale of bloodshed would be significant. It would seem a strong and stable Party-state is more conducive to short-term interethnic harmony than an unstable, changing or democratizing China.

The resulting options are stark: continue with targeted ethnic repression and segregation through the state’s monopoly on the legitimate use of violence, or loosen state controls and facilitate ethnic mobility and competition that will produce increased ethnic tensions over the short-to-medium term, at least. Ironically, the relative lack of interethnic contact today could ultimately prove detrimental to the long-term health and durability of multiculturalism in China, as the current system exhibits obvious weaknesses in interethnic tolerance, trust, and understanding, as well as the governance and conflict management strategies necessary for a robust pluralism.

James Leibold is an Associate Professor of Politics and Asian Studies at La Trobe University and a non-resident Senior Fellow  of the China Policy Institute at the University of Nottingham. He is the author, most recently, of “Is China an Ethnic Tinderbox? Evaluating the State of Interethnic Conflict in the PRC,” in Ethnic Conflict and Protest in Tibet and Xinjiang: Unrest in China’s West, eds. Ben Hillman and Gray Tuttle (New York: Columbia University Press, 2016). Image credit: CC by KittyKaht/Flickr.

Translation in Activism and Cyber-nationalism in China.
New Digital Tools for the History of Medicine and Religion in China