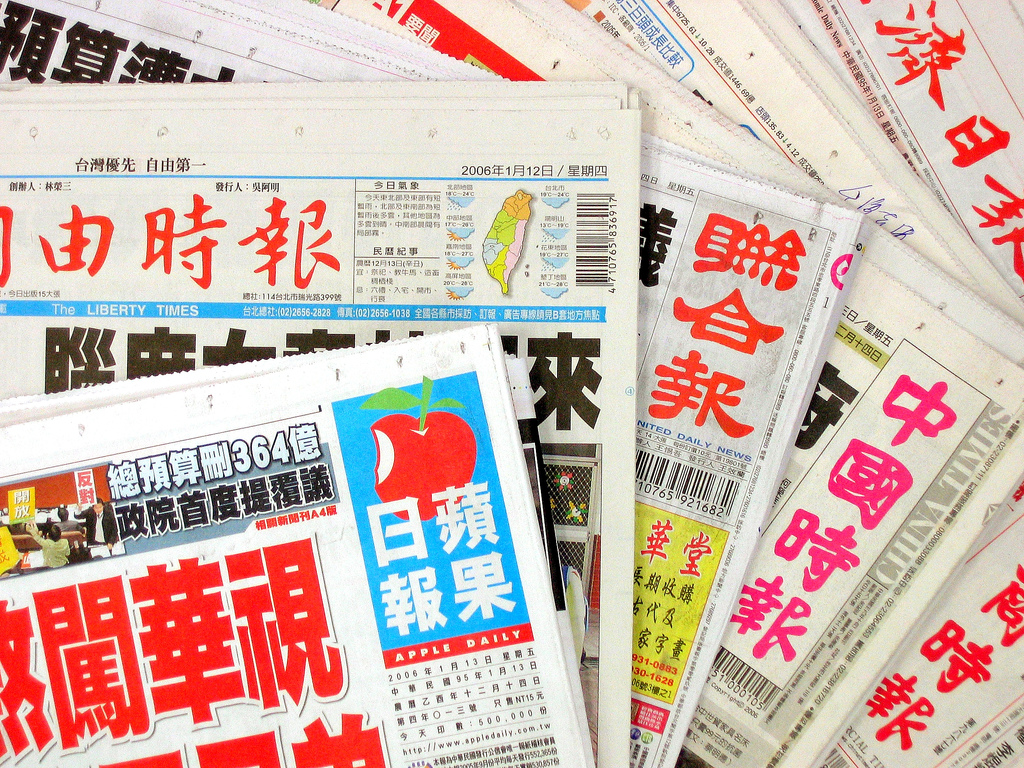 The media are central in a modern, functioning democracy, facilitating dialogue, flows of political information, accountability, transparency and popular participation. Studies of the media system in Taiwan help us grasp the pace and scale of the social, cultural and political developments and gives us an insight into the changes and continuity in Taiwan’s position in relation to China and the rest of the world in the processes of globalisation and regionalisation.

The media in Taiwan experienced significant transformations along with the process of democratisation from the late 1980s, through the first change of ruling party in 2000, and to the second turnover of power in 2008. Prior to the lifting of martial law in 1987, Taiwanese media operated as a “bureaucratic-commercial complex”, that is, media companies were able to seek commercial profit under the authoritarian control of the Nationalist Party (KMT). The media industries exhibited clear signs of clientelism while press freedom was restricted as the news agenda and news coverage were politically manipulated or influenced to reflect the KMT’s agenda.

After the 1990s, the effect of deregulation and liberalisation on the media was immediate and extensive. Since cable television was legalised in 1993, viewers on the island—who could previously only watch three national TV stations—could now receive hundreds of channels providing local, national, regional and international programming. As the media system swiftly moved to laissez-faire, Taiwan became one of the most heavily saturated pay-TV markets in the world by the end of the 1990s. Press freedom advanced and was ranked highly by Freedom House although Hung argued that the public enjoyed less access to complete information and the mass media than did commercial conglomerates and corporations.

When the Democratic Progressive Party (DPP) defeated the KMT in the direct presidential election in 2000 and again in 2004, the media went through several reforms under the Chen Shui-bian administration. The major initiatives included (1) the withdrawal of political parties, the state and the military from the media in 2003; (2) the creation of the National Communications Commission (NCC) in 2005 as a politically neutral regulatory body to better manage and supervise the commercial media sector; and (3) the expansion of a public service-oriented network, Taiwan Broadcasting System (TBS) in 2006, even though the investment on the TBS has remained limited.

While the DPP appeared more vigilant than the KMT regarding the development of media legislation to safeguard freedom of expression, the progressively comprehensive commercialisation of the media became almost unstoppable. The arrival of Hong Kong’s Apple Daily in Taiwan in May 2003 brought colour print, cut-throat price wars, and tabloid journalism. The rapid digitalisation of communications technologies—online media, social media, and the mobile web—and the convergence of media platforms, have presented serious challenges to policymakers. The most extensive reviews of media policies under the DPP in the early 2000s were the Radio and Television Act, the Cable Radio and Television Act, and the Satellite Broadcasting Act. However, the framework of these Acts was established during the analogue era and are inadequate to regulate the media industry when digital technology later grew dominant. Hence further revisions of these policies became a major political battleground in the Legislative Yuan after the KMT regained power in 2008.

The under-regulated commercial media have gradually led to the concentration of private ownership. Moreover, there have been neither sufficient policies to deal with media mergers nor appropriate forums for in-depth legal and public debate. According to media watchdogs (e.g. Freedom House and Reporters Without Borders), Taiwan’s press freedom has been eroding since 2008 from three perspectives: (1) there has been a rise in sensationalism and a potential loss of quality in the media output; (2) embedded marketing amid economic difficulties and censorship imposed by advertisers have posed threats to Taiwan’s media professionalism; and (3) the alleged influence from mainland China through important Taiwanese tycoons who have commercial interests there—i.e. the “China factor”—may also hinder Taiwan’s media independence. As the Ma Ying-jeou government hastened the pace of cross-strait economic integration, the public concerns over the concentration of media ownership and the “China factor” finally triggered a student-led Anti-Media Monopoly Movement in Taiwan in mid-2012, which led to the draft of the Anti-Media Monopoly Act by the NCC in 2013.

Nevertheless, just like the amendments for the Three Broadcasting Acts have been stalled in the legislature since 2013, the discussion of the Anti-Media Monopoly Act has also been delayed without any progress. This may have demonstrated that despite the “two-turnover test”, Taiwan remains a relatively immature democracy where politicians are too concerned with party politics to properly perform their law-making duties.

Taiwan’s media is in need of appropriate legislation to boost investment in quality local programming and to curtail media monopolies. The prospect of such reforms has increased with the transfer of presidential and legislative power to the DPP following the 2016 elections. It is important that the new government endeavours to ensure an independent, diverse and responsible media system which can facilitate Taiwan’s vibrant and ever evolving democracy.

China in the US presidential election
The Internationalisation of Chinese NGOs