The Internationalisation of Chinese NGOs 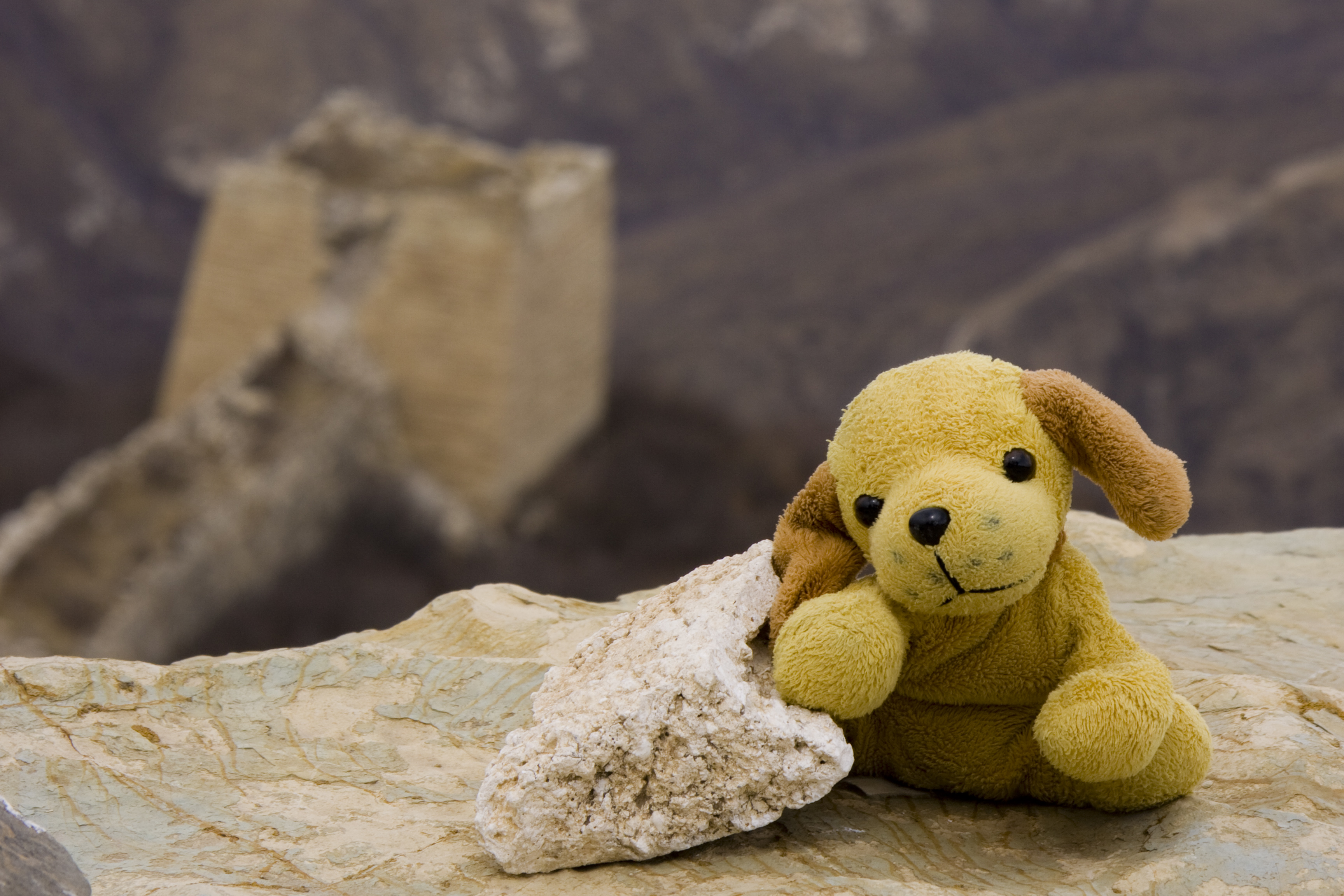 There is increasing interest in China’s role as an international development actor due to its growing presence across the developing world, particularly in Africa. While much media attention and scholarly literature has focused on the role of Chinese trade and investments in the developing world, there is little research on the role played by Chinese non-governmental organisations. Although nascent, Chinese NGOs are beginning to internationalise their operations. Available literature indicates that it is largely government-organised NGOs (GONGOs) that have the capacity to expand their operations beyond China’s borders (Brenner 2012, Hsu et al. 2016). However, preliminary research and fieldwork with Chinese NGOs shows that smaller NGOs are beginning to look beyond the domestic realm, despite the well-documented challenges such as navigating state control or securing funding. In this piece I assess two different NGOs that have begun to internationalise their operations: the China Foundation for Poverty Alleviation (CFPA) and Compassion for Migrant Children (CMC). The former, a GONGO, and the latter an NGO, have vastly different objectives, projects, and approaches to development.

Founded in 1989 and formerly known as the Foundation for Underdeveloped Regions in China, the China Foundation for Poverty Alleviation is a GONGO that operates under the direction of the Office of Poverty Alleviation in the State Council. The CFPA implements various projects across China that are intended to address its main goal of poverty reduction. Its core projects include microfinancing, maternal and infant health programs, financing education for impoverished high school and university students, orphan sponsorship, community development, and disaster relief.

In 2011, the CFPA allocated a total of 1.09 billion RMB on its initiatives, with a total revenue of 1.35 billion (CFPA 2011) that came from donations in cash or kind (239.5 million RMB), investment returns (27.64 million RMB), and CFPA’s trust fund for microfinance (1.07 billion RMB) (CFPA 2011: 4). The centrepiece of the CFPA’s international development program is its China-Sudan Abu Ushar Friendship Hospital which was inaugurated in July 2011 and focuses on maternal and infant health. With an investment of US $1 million and a further $600,000 in donations from the China National Petroleum Corporation, the hospital has been called a “model for international cooperation” by the Ministry of Foreign Affairs (CFPA 2011: 19).

The CFPA’s focus on infant and maternal health in Sudan—which has high mortality rates among both infants and mothers—is a natural reflection of the expertise it has spent the last 10 years developing in China. According to the CFPA’s deputy director, He Daofeng, the success of the CFPA’s infant and maternal programs in rural China provides the organisation with the experience needed to conduct its work in Sudan (quoted in China Development Brief 30 June 2011).

Compassion for Migrant Children is a Hong Kong-registered NGO that has worked with migrant children in Beijing since 2006, focusing on the social and academics aspects of their education. Similar to other NGOs, CMC’s programs are run by a pool of volunteers and trained staff members who conduct workshops for teachers at partner migrant schools in order to improve the quality and delivery of the education offered to migrant children. Furthermore, CMC work with parents in the community by providing parenting skills workshops. As noted by one of CMC’s senior representative, these programs are aimed at giving migrant children better home, school, and social environments. One CMC project that has garnered substantial domestic and international media attention has been its Community Cubes project, which takes old shipping containers and transforms then into transportable modular community centres. Given the transient nature of migrant communities, having easily transportable community centres saves time and money as it removes the need to find a location for CMC’s projects.

As part of its internationalisation strategy, CMC rebranded itself with a new name, Included, in 2012. Now, backed by fundraising offices in global centres such as Hong Kong, San Francisco, and London, CMC/Included is making an aggressive push into South Asia, and has added new operations in Dhaka and Kathmandu to its existing ones in Beijing and Shanghai.

These two case studies demonstrate that internationalisation is a serious priority for Chinese NGOs. Nonetheless, the processes and experiences of these two NGOs have vastly differed. The Chinese state’s support ensured that the CFPA was able to complete the Sudan hospital relatively quickly — in just over two years (opening in July 2011) — and the rapid pace at which this project was completed is highly indicative of not only the CFPA’s priorities but also those of the Chinese government. A former employee at the CFPA noted that the priorities of the organisation had to be realigned to those of the China National Petroleum Company (CNPC)—a Chinese state-owned oil company with operations in South Sudan—as the hospital is located in the region where the CNPC has its operations (Interview May 2012).

The CNPC’s financial support makes clear the interconnectedness between the state, state-owned companies, and NGOs, which has fuelled criticism that the Chinese have been profiting from oil exploitation in South Sudan for a number of years with the Sudanese have seen few benefits. Thus, such situations cast the CNPC and other state-owned companies in a negative light, which is incongruent with how the Chinese state desires to be seen image abroad. Consequently, the CFPA’s internationalisation strategy is on the one hand facilitated by the Chinese state’s desire to portray China as a friendly and pragmatic development actor, and on the other hand, it is a natural stage of the organisation’s development trajectory. The Sudan hospital not only dovetails with China’s foreign aid policy objectives but also the CFPA’s international ambitions.

The experience of Compassion for Migrant Children/Included has been vastly different than that of the CFPA, as government involvement had been at the local level and had occurred prior to CMC/Included’s foray abroad. CMC’s proactive strategy in pursuing collaboration with local Beijing authorities has resulted in mixed outcomes for the organisation. For example, CMC’s good relationships with the local authorities have led it to be granted the status to fundraise and issue tax receipts; however, despite their good relationships with the municipal government, changes in leadership at the top could have potentially make things difficult for them (Interview May 2012).

Various municipal departments sought clarification of CMC’s status during the municipal leadership change of 2012, but according to one senior representative, these inquiries have only served to strengthen the organisation because they have enabled CMC to re-establish itself at the forefront of the NGO sector in Beijing. The municipal authorities’ encroachment onto CMC’s working space is indicative of the management and control mentality at the central level; however, irrespective of the challenges from local authorities, CMC have been able to expand its operations to Dhaka and Kathmandu precisely because of the profile it has established in its first six years of operations.

The case studies presented in this article exhibit a dual-track process, whereby the nature of an NGO’s relationship with the Chinese state may very well determine the scale and scope of its work abroad. Clearly, the role of the Chinese state is an unavoidable factor for these NGOs, but to push our analytical boundaries, we need to assess which level of government is involved and what this means for an NGO’s work in an international setting.

Jennifer Hsu is an Assistant Professor in the Department of Political Science at the University of Alberta and a Non-Resident Senior Fellow of the China Policy Institute at the University of Nottingham. Her monograph: State of Exchange: Migrant NGOs and the Chinese Government with the University of British of Columbia Press will be released in early 2017. Image credit: CC by gbsngrhm/Flickr.